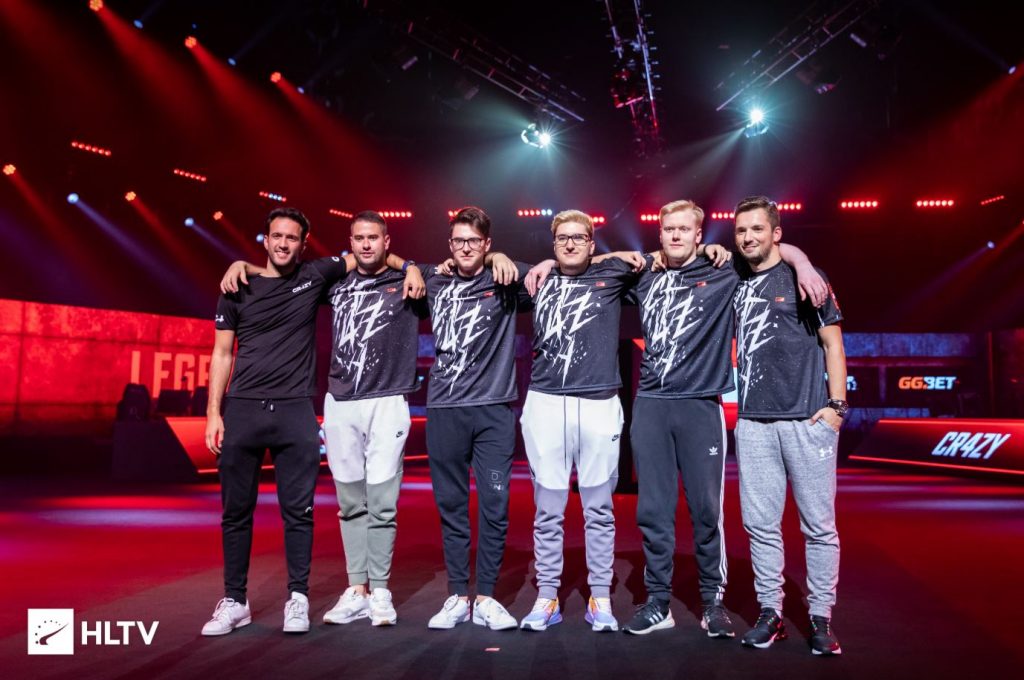 CR4ZY will be sold to a North American organization within the coming days. (Photo courtesy HLTV.org)

After weeks of negotiations, CR4ZY have agreed on a deal to transfer it’s CS:GO team to a North American organization within the next few days.

Originally known as Valiance, the organization re-branded to CR4ZY seven months ago and began proving themselves as a competitive force. Cr4ZY almost made it into the playoffs at the StarLadder Berlin major, and beat several prominent teams such as NiP, FaZe, and Furia. CR4ZY’s fantastic performance built a lot of excitement and buzz around the team, which also brought more opportunities for the players.

Nemanja “nexa” Isakovic and Nemanja “hunter-“Kovac were picked up by G2 after the Berlin Major, living CR4ZY with two spots to fill. The organization signed Georgi “SHiPZ’ Grigorov from Windigo and moved their coach Luka “emi” Vukovic into a player role. The new lineup did not have trouble finding success and won the DreamHack Open stop in Rotterdam, and performed well at the following events in Atlanta, Jonkoping and Sevilla.

The current roster was originally planning on competing in the DreamHack Open Leipzig European Qualifiers, but if a change in organization it’s likely the team will back out or switch to North American Qualifiers.

The current CR4ZY lineup is: