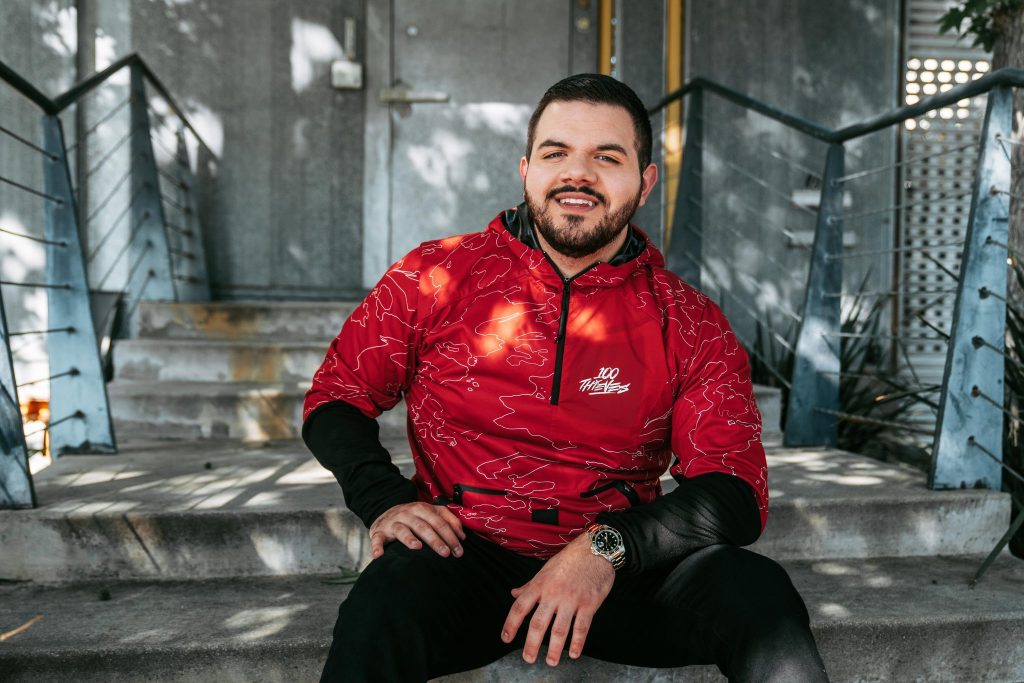 CouRage and Nadeshot have a history together as both professional Call of Duty players and close friends. The two have made many appearances together both on stream and in each other’s content over the past year or so.

We’re thrilled to officially welcome @CouRageJD to 100 Thieves as the third creator for our content house. With a background in pro gaming and casting, CouRage brings an extremely unique charisma and dynamic to our team. We’re beyond excited to have him part of 100 Thieves! #100T pic.twitter.com/TQyTizONPc

In a satirical YouTube video explaining why it took “so long” for CouRage to join 100Thieves, Nadeshot and CouRage take their time reliving all the reasons why CouRage almost didn’t get signed to the team. This included Nadeshot getting pummeled in the face with football and CouRage making fun of his favorite dessert. Between these “stressful” interludes, we get a shot of CouRage confessing why he joined 100T. He tells the viewers that, “I didn’t join 100 Thieves for some silly little clothes, even though they are very nice, I joined to get that clout from Nadeshot himself. Don’t take part, take over. ”

Thank you for taking part in the greatest day of my entire life.

50+ people worked on this announcement for the last 2 months. Everything far exceeded my expectations. I've never been happier.

With that said, my work is just beginning. Stay tuned. 💯

The imaginative way 100 Thieves announced CouRage’s signing really spoke to how to deal with an accidental leak and how to make the best of an unfortunate situation. Tyler “Ninja” Blevins may have leaked the news of the deal nearly a week ago, but that didn’t derail 100 Thieves’ plans for their announcement. While there’s no news on whether or not CouRage will still be casting or hosting, we’re sure that we’ll be seeing more of him around the esports scene.