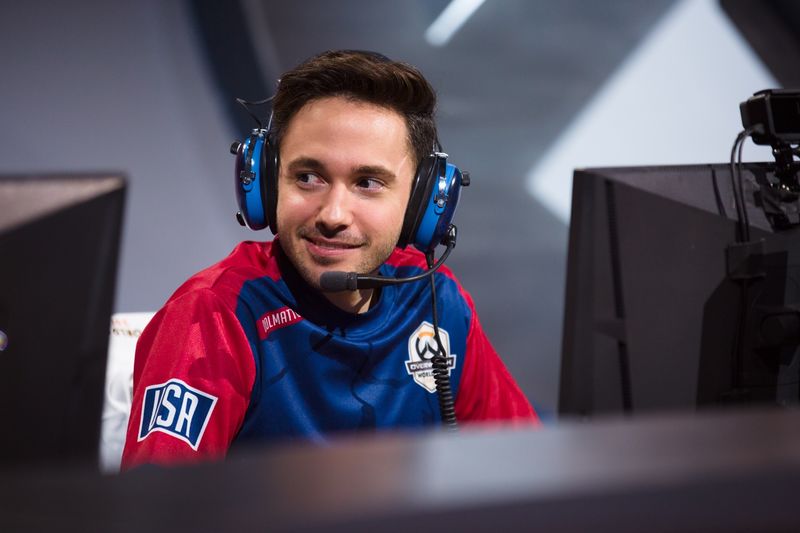 Coolmatt's new role will be within the Houston Outlaws. (Photo courtesy Blizzard)

Matt “Coolmatt” Lorio will be retiring from competitive Overwatch and will be moving to an unknown role within the Houston Outlaw’s organization.

Coolmatt has been a staple of the competitive Overwatch scene since 2016 where he originally played for team EnVyUs. After proving himself as a competitive player while Overwatch was still in beta, Coolmatt eventually moved to Fnatic. He then joined his future Outlaw teammates on FNRGFE before representing the United States in the Overwatch World Cup in 2017.

His impressive performance caught the attention of the Houston Outlaws, where he would spend the next two years as a member of the competitive powerhouse.

Speculation of Coolmatt’s departure first developed when the Houston Outlaw’s acquired Tae-hong “MekO” Kim last November. MekO is one of the best tank players in the league, who is more than capable of filling in for Coolmatt.

Coolmatt’s announcement has been met with support from other members of the competitive community, including Harsha Bandi, the Houston Outlaws head coach: “I’ll always remember him as one of the best off-tanks in the league early on and look forward to working with him moving forward.”

The Outlaw’s general manager Matt “Flame” Rodriguez also highlighted the sacrifices Coolmatt made in a series of tweets: “We were at our max budget for the season… he decided he would take a large pay cut to allow the team to afford Jesce’s salary… I don’t really know how many other players in the league would do what he’s done.”

The new position Coolmatt will move into has not officially been announced but based off the comments from Harsha and other members of the organization, he will still be heavily involved with the team.

The Houston Outlaws will make their first appearance in season three of the Overwatch League on February 15th in Philadelphia, Pennsylvania.