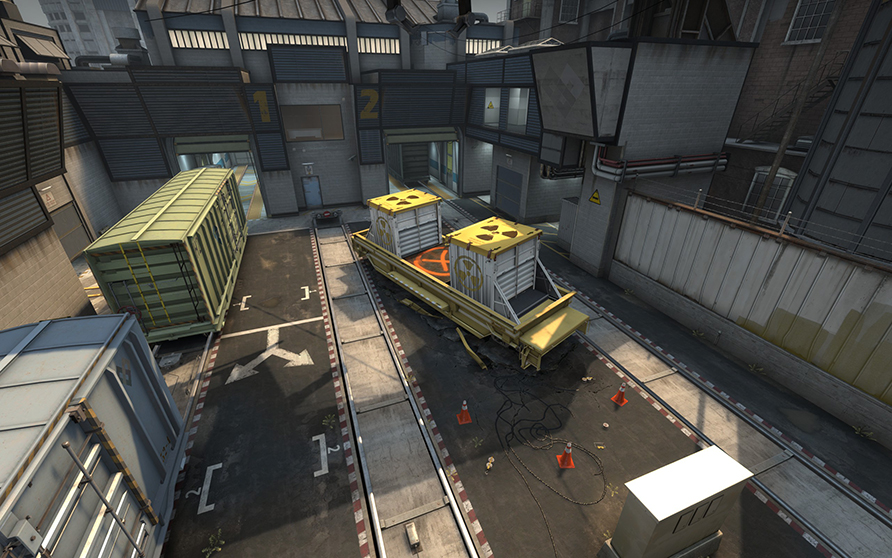 Valve has released an update to CS:GO that introduces major changes to maps including those in the competitive pool.

Train, Mirage, and Dust2 are some of the most played maps in the Active Duty map pool. They have all received updates that will change the way teams execute and defend sites.

Train received visibility improvements and bug fixes, but the most important changes are to the map’s skybox. The skybox over the building between Ivy and A Site has been opened. This will allow the terrorist side to throw grenades over the building. This change will help T side execute A Site but can also be used by the defending team to prevent the terrorists from executing.

Dust2 received a similar update as the skybox from B halls towards site has been opened. This change will allow T side to throw grenades into the site to help form an execution without the risk of peeking through B hallway.

Mirage received updates to both bomb sites that will help the attacking team get onto site. On A site a new AWP wallbang was added to help clear scaffolding. This has typically been a popular spot for CT side players to hide. The T side entrance to mid was also widened which will give players greater visibility on to A site. One of the biggest updates is the bench that has been added to mid which will give players the ability to jump into window without needing a boost from a teammate. On B site the trim around balcony was lowered and the jump peak from the middle of B site towards cat was blocked.

Cache and Studio also received updates but are not currently in the competitive map rotation and will have no effect on professional play.

The changes introduced in the latest CS:GO patch are exciting and should provide more opportunities for players to execute various bomb sites.