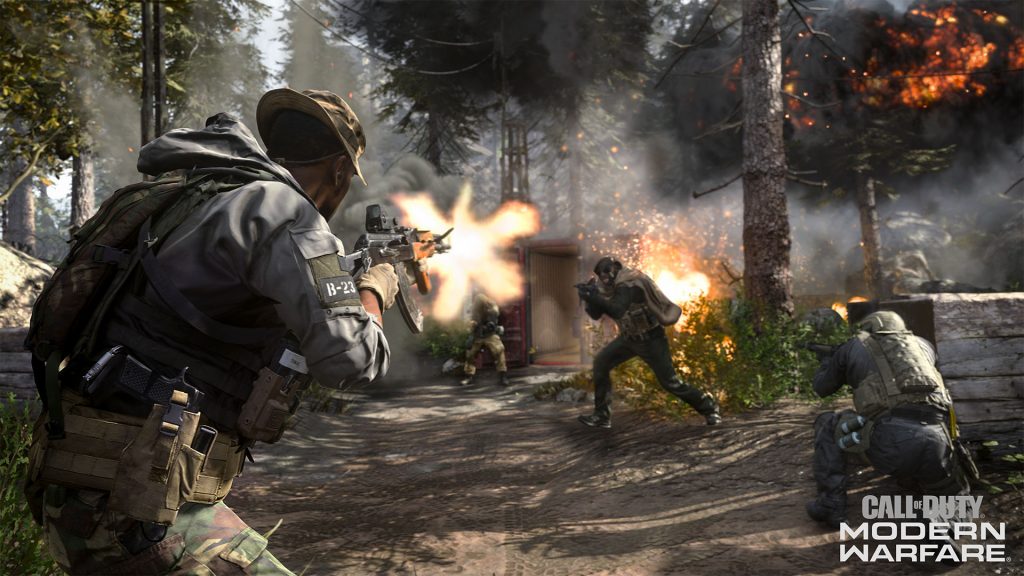 The first set of official rules for competitive play in Call of Duty: Modern Warfare has been announced and will be showcased in the Call of Duty League Launch Weekend in January.

The official announcement outlines the maps, game modes, and weapons that will be available in competitive play, and outlines all banned attachments, perks, and killstreaks.

Search and Destroy remains a staple of competitive Call of Duty and will be played on the following maps:

Each team will have one life per round and must defend or destroy objectives each round.

Domination will be making a return as a competitive game mode and will be played on a smaller rotation of maps:

Three locations on the map are marked with flags that must be captured to earn points over time.

The last official game mode announced is Hardpoint, a popular game mode in most recent Call of Duty titles, and will be played on this selection of maps:

Each team must control the rotating Hardpoint to earn points, and only earns points while a player is occupying the Hardpoint.

Maps too big for competitive play?

The maps in Modern Warfare have been criticized for being too big and complicated and a step in the wrong direction away from the traditional three-lane layout.

One of the most notorious maps, Piccadilly, has been criticized from all levels of the community as being too big, catering to campers, and a pain to navigate.

Piccadilly is only included in the Search and Destroy playlist, which is traditionally a slow-paced game mode, which means pro players will need to adapt to a larger map.

The overall design and flow of the maps has also promoted camping, which was apparently an intentional choice by developers to help new players.

Camping has been a rampant issue in public matches, especially with access to the notorious 725 shotgun and claymores, but these items will not be available in competitive modes and should allow for a more even playing field.

Every Call of Duty restricts certain weapons and items in the competitive format to maintain a balanced meta.

The following weapons have been restricted from competitive play:

All explosive weapons apart from normal grenades and Semtex grenades are traditionally banned in competitive play.

The new Frangible weapon perk has been banned because of its ability to slow health regeneration after taking damage.

Shotguns and LMG’s are also commonly banned in competitive play due to their power in close range combat and high rate of fire respectively.

All Killstreaks are restricted beside the following:

All restricted killstreaks and perks follow the overall established competitive meta, and the restricted field upgrades ban options that could potentially disrupt the flow of gameplay.

Dead silence has been the choice of field upgrade for many professional players, a trend that will likely continue.

The Call of Duty League made it clear in their announcement that this set of rules will be adjusted over time in response to feedback and gameplay. With the overwhelming amount of negative feedback on maps, it will be interesting to see what maps stay in the competitive pool as the season progresses.