CoD League’s Launch Weekend to be in Minnesota 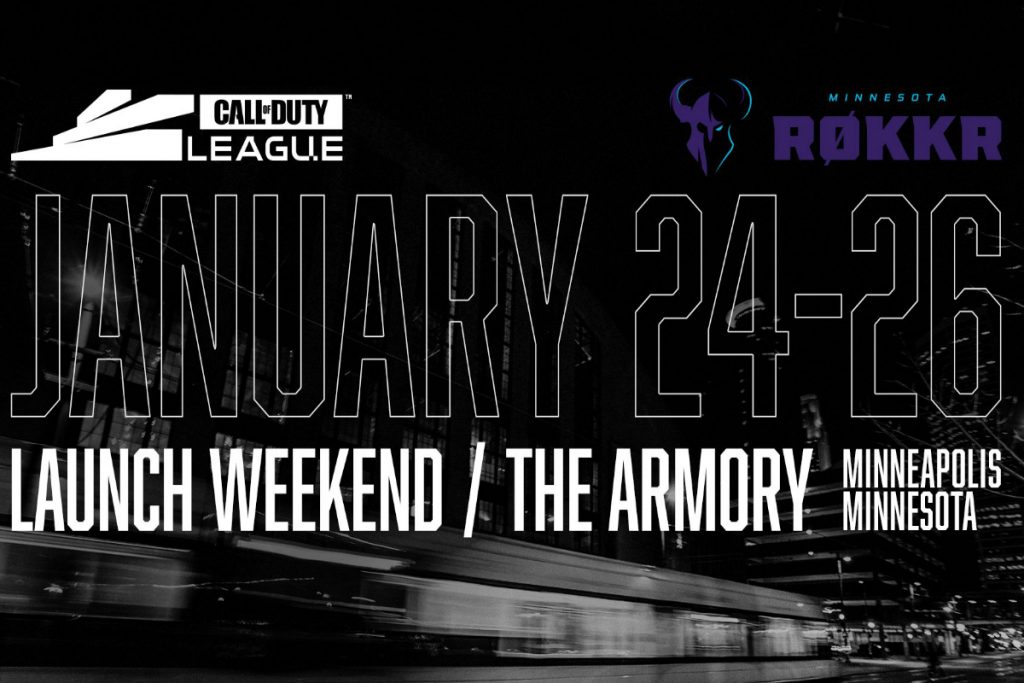 Minnesota will be the first team to host an event for Call of Duty League. (Image via @CODLeague / Twitter)

Call of Duty League is set to begin sooner than expected after the League took to Twitter to announce the official launch weekend will be hosted by Minnesota from January 24-26. The Call of Duty League is the second esports league (after Overwatch League) to adopt the location-based franchise model that is prominent in major traditional sports leagues. With home and away games, fans across the globe have a greater chance than ever to see their favorite teams play in person. The Minnesota weekend will also host the first Call of Duty Challengers Open.

Call of Duty League Launch Weekend is coming to Minnesota! Join us January 24-26 at the Minneapolis Armory for the first event in our inaugural season.

For first details on spectator passes, sign up at: https://t.co/xa46UzvfTF pic.twitter.com/2c0ZokgGI3

The Minnesota Røkkr recently unveiled their branding and will become the first team to host the weekend matches for the Call of Duty League. Much like the 2020 season of the Overwatch League, CDL will be played across the globe and be hosted by various teams that include LA, Chicago, Seattle, Dallas, Toronto, Paris, London, Florida, Atlanta, New York and Minnesota.

The beginning of 2020 will mark the beginning of Call of Duty League, which opens a new era of professional Call of Duty. Twelve teams with the best players in the world will fight to become the first champion of the CDL. The location-based format with home and away matches have the potential to propel the professional scene to even greater heights than ever before, and fans of the game won’t have to wait much longer. On January 24, Call of Duty comes to the North as Minnesota has the opportunity to open the new league in unforgettable fashion with the CDL launch weekend!