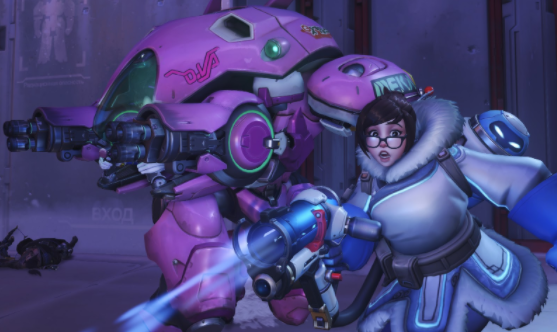 Mei has been removed from OWL play for Week 9. (Photo Courtesy of Blizzard Entertainment)

Though internet culture may fixate an awful lot on cats, we’re not the first society to zero in on our feline friends. In ancient Egypt, cats were revered for their ability to kill venomous snakes, to the point that some cats were even mummified and they held an important place in Egyptian religion.

With the Overwatch League broadcasting from home this week, cats were all the rage thanks to appearances from several talent team pets on the stream. The stars of the show, and the ones most likely to be deified, were Nori and Miso, Soe’s show-stealing cats.

They were charged with the important task of picking next week’s Hero Pool from a random assortment of choices based on the play time of each hero. Where past pickers like Sideshow and Mr. X have failed, Nori and Miso excelled. Nori, in particular, proved his worth by dealing not with a snake but a different dangerous pest, Mei.

When the dust settled, the cats had removed McCree, Wrecking Ball, and Brigitte as well from next week’s matches. This is the second time McCree has been banned this season, and the first for the other heroes.

This might just be the most interesting Hero Pool the league has faced thus far, all thanks to a couple of cats. The DPS bans provide a drastic shakeup with the two highest picked damage dealers removed from the game. The league was already starting to shift away from this duo, but Mei’s 76% pick rate going into last week still leaves a big hole to be filled.

It’s hard to say which heroes stand to gain the most in week nine. Hanzo is probably the best midrange analog to McCree, but Soldier: 76 shot up in pick rate when McCree was banned in week five. Widowmaker might be the go-to for hitscan players, but she can be shut out by map geometry or attentive opponents.

Tracer seems likely to be the big winner here. She’s next in line behind Mei and McCree in pick rate, and she thrived during McCree’s last ban. Brigitte’s absence is a double-edged sword – no stuns to lock down Tracer, but also no Armor Packs to enable aggressive Tracer dives. If Tracer is present, Doomfist might be a good dive partner this week. 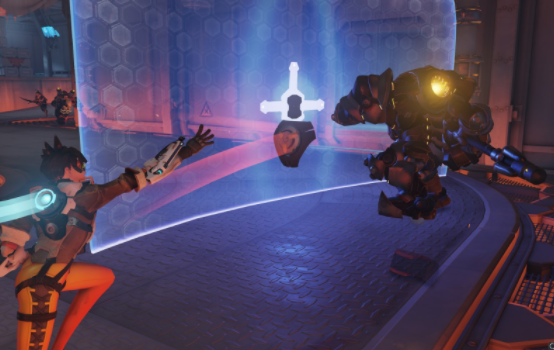 Tracer could be a big winner in week nine. (Photo courtesy Blizzard)

As far as supports go, this shouldn’t worry many teams, most of whom were already running Lucio and Ana as their favorite support line. Zen and Baptiste were fairly popular this week, but that duo really relies on bunker compositions to be viable. Really, support picks aren’t dictating the meta right now. Instead, they change to accommodate the rest of the team.

Poor, poor Wrecking Ball. Heading into this week, he had just a 2.8% pick rate on the season, well below the 10% threshold to be eligible for bans. One week of increased play was all it took, but the cat going after the hamster shouldn’t come as a surprise.

Projecting tank picks is actually pretty tough right now. Rein and D.Va have dominated most of the season, but how will they fare without McCree and Mei? Can those brawl compositions work without the two best DPS picks for that style? If they can’t function properly, double shield comps with Orisa and Sigma are probably the fallback.

The other option is dive. Without the stuns from Brig, Mei, and McCree in play, dive might be unfettered in its attempts to jump on vulnerable back lines. Wrecking Ball might not be available but Winston and D.Va still work together beautifully.

The obvious losers are the teams that rely heavily on any of the banned heroes. First and foremost, that points to the Chengdu Hunters and Florida Mayhem.

Wrecking Ball has always been the hero that Chengdu wants to play around. That’s still true this season, but thankfully the Hunters have added some more variety to their playbook. Ameng played Orisa quite a bit in week eight, and Chengdu looked solid playing around him. They’re still at their best with Wrecking Ball, but this isn’t the death sentence it would have been last season, especially considering it hurts the other Chinese teams as well. 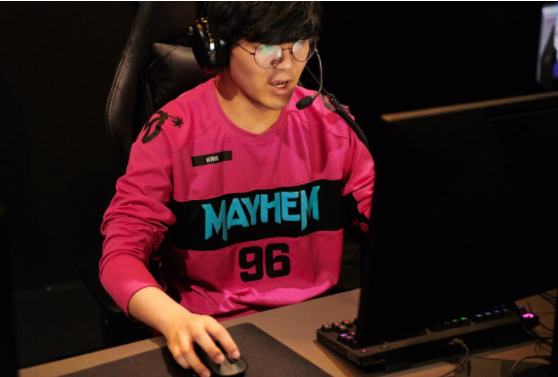 Florida Mayhem could be effected the most by the hero pools this week. (Photo courtesy Ben Pursell – Blizzard)

Florida has similarly leaned on Brigitte as their preferred second support beside Zen, Ana, or Baptiste. Kris has spent over half his time on Brig so far this season, and the Mayhem have looked out of sorts whenever he picks up Lucio. Now, they’ll be forced out of the comfort zone at least for one week.

Without knowing exactly what the meta will be, winners are nearly impossible to forecast, but Toronto might get a buff here. Dive should be helped by the removal of some of its counters, and the Defiant have been serviceable on dive comps and tough to watch on anything else for the most part. Being able to lock dive, should at least help them simplify their prep this week.

The one unequivocal winner here is the fans, who were treated to a charming selection process featuring two lovely pets. Plus, by removing Mei, Nori fulfilled the wishes of nearly everyone watching. After a weekend full of frustrating stream issues, this was the perfect cap to the weekend, just the right amount of light-hearted and irreverent content. It provided some levity and reinforced the fact that this is still just video games, a fundamentally goofy past time that brings us all together in difficult times.