Caster LemonKiwi: “OWWC is the origin story of OWL’s next stars” 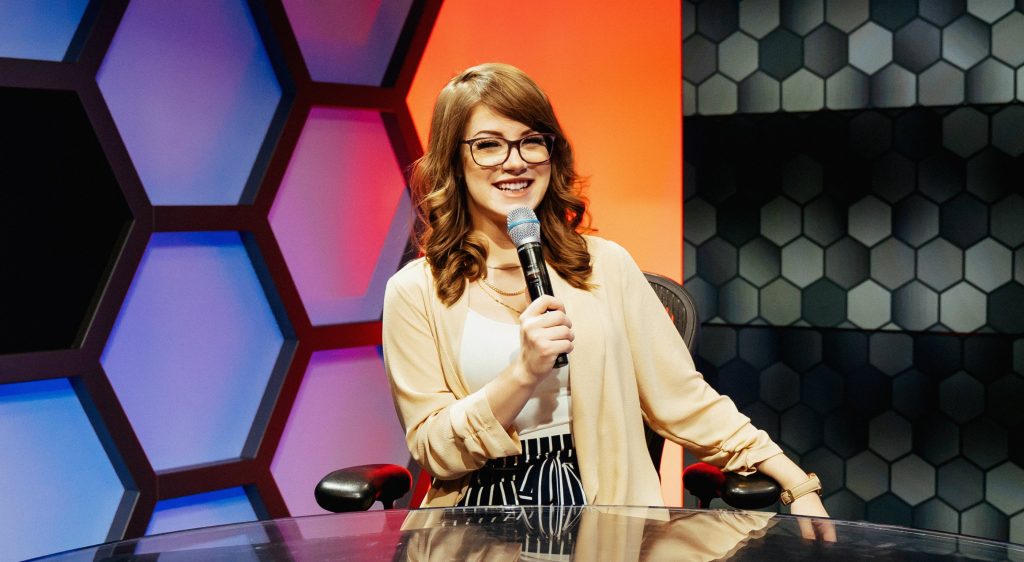 Jennifer “LemonKiwi” Pichette is an integral part of the Overwatch Contenders community, casting, interviewing, and promoting players and teams from every participating region. She now has the opportunity to showcase her comprehensive knowledge and deep understanding of both the Tier 2 scene and Overwatch League during this year’s Overwatch World Cup. In an interview with Hotspawn, LemonKiwi shares her casting philosophy, the pressure of making history as the first female Overwatch World Cup caster, and her passion for telling the stories of those on the Path to Pro.

Hotspawn: Congratulations on casting the Overwatch World Cup! What went through your mind when you heard the news?

LemonKiwi: When I got the news, I think I was in mental shock. I wasn’t expecting it – I didn’t get any hints, nobody had reached out to me about it, it was just a straight-up offer. I reread the email several times to make sure I understood everything properly and it wasn’t just a maybe or an inquiry. But it was an offer, so I bawled my eyes out! I was pacing around my room just in denial and shock, and couldn’t process what just happened. The World Cup is this big stage with so many people, it’s the biggest event I’ve been asked to do, so it took me several days to let it sink in.

So many Overwatch fans will get to know you through this World Cup, what makes your casting unique?

I think my style is more raw. I like that my casting style is more conversational with the viewer, I want to relate to them and have them feel like it’s their friend talking to them. I make a lot of jokes and try to be as hype as possible because I genuinely love this game. A lot of things blow my mind, so I might act more hype than a lot of people who maybe aren’t as impressed as I am about things [laughs]. One of the differences is that I am the only female play-by-play caster in Overwatch that I know of. Of course, there’s others in esports, but not too many, so that already sets me apart a bit.

How do casters develop their own style?

It’s how you want to tell a story. Some people find different things interesting or important in fights, whether it’s ultimates, rotations, the way teams approach a fight. A lot of casters will want to imitate their favorites in Overwatch League, but eventually with time you figure out that you are your own style, which you develop on your own. A few times that I’ve wanted to get casting vod reviews from people I admire, they’ve told me, “I can’t tell you what you could say differently because that’s your style and that’s not for me to say that it’s wrong.”

Everyone is different, and that’s why when people say they dislike certain casters, I’ll tell them that casting is an art. It’s like, do you like this painting or that painting? And if you prefer one or another, it’s not that the painting is bad or wrong, it’s just that you appreciate the style and art of something else. I think every caster has their own art form and it takes a lot of time to develop that. But you have to develop the fundamentals first, and worry about style later.

You’ve been highly involved in the Overwatch community since the game released. What about Overwatch stood out, and made you want to devote so much of your life to it?

I came from games like Call of Duty which were much more on the realistic side, and then I saw Overwatch which was more cartoony-based, had a lot more colors, and more fantasy – like you could play as a gorilla [laughs]. And then when I got into the lore, I realized that all the games that I had played before, Call of Duty, Halo, stuff like that – there wasn’t really diversity in them. You couldn’t play as a female character until the recent Call of Duty games, and I came to Overwatch and half of the characters already were female. I thought it was a cool game where I could play as those characters and relate to the game a lot more.

In terms of the actual competitive side, I loved how fast-paced the games were and how much thought went into each fight. That’s why I started casting as a color caster, I wanted to talk about strategy. When I realized how hype Overwatch was and how intricate the fights were, I decided that I wanted to be a play-by-play because the fights were so exciting and I could deliver that while telling a story and making it understandable to a general audience. I think I do a good job of incorporating color and hype with my casting. 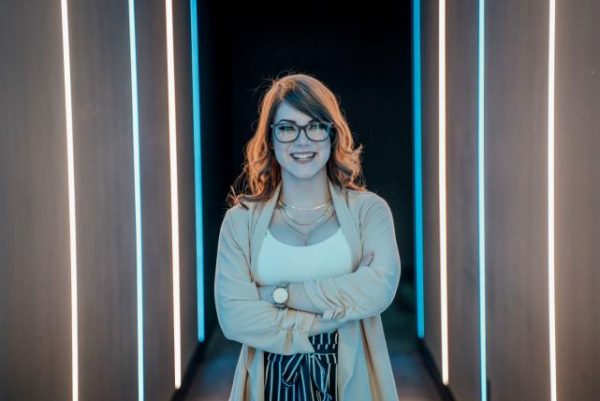 You’ve casted and interviewed players from every single region of Contenders. Why is telling the stories of Tier 2 so important to you?

Being an underdog is something that a lot of people can connect with. Everyone’s been at the bottom and worked their way up, regardless if they were successful. Personally, I relate to trying to prove yourself and your worth to people who don’t expect much from you. I think that’s what Tier 2 is all about – you’ve proven that you’re capable, but now you need to prove that you are extraordinary. That’s a rung of the ladder that is so hard to get to, to show people that you aren’t just average, you’re amazing.

Telling that story is so important – you’re not watching Tier 2 for the level of gameplay that you’re watching in OWL, you’re watching it because these are people that are you. They’re playing for their dreams and hopes of achieving something incredible. These are people who are undervalued, underpaid, and sometimes aren’t taken seriously. But they’re fighting through all the odds and putting in work behind the scenes, sacrificing at home whether it’s a job, school, or relationships. That’s why Contenders should be followed.

Players are trying to do something almost impossible for a lot of people, they’re trying to get to the highest level. That may happen, that may not, but when some do get to OWL, it’s so rewarding to appreciate that player because you’ve watched them grow through Contenders. In Tier 2, you’re watching the origin story of the next stars of OWL, and you can see where they came from, what they had to overcome, and how much better they became in the end.

You shared how Overwatch’s diversity drew you to the game and how you relate to Contenders players needing to prove themselves. As the first female caster of the Overwatch World Cup, do you feel a sense of responsibility or pressure?

There’s a lot of pressure to be the first female caster at the World Cup. Some is alleviated because Soe Gschwind Penski is a prominent figure in Overwatch League now, she’s made her place and is doing amazing work. I think not being the first female in that setting is nice, because there was also Rachel “Seltzer” Quirico and Soe. There have been women before me, just not in my role.

There’s also pressure considering who I am casting with. I’m a woman doing play by play, the louder caster in the duo – I guess I’m a loud person [laughs]. But me being the louder person in a duo with Jake Lyon, a professional player and one of the most famous faces in Overwatch, adds to it as well. I need to prove that I’m there for the right reasons and that Blizzard made the right decision in choosing me to not only be there, but to be there with Jake. So there’s pressure being a woman, but also in being new and alongside someone as famous and great as Jake.

You will be able to cast a variety of national teams with players who you are familiar with from Contenders and Open Division. Which teams do you think will surprise audiences most?

It’s hard to pick a specific team because this World Cup has a different format where most teams have to self-fund their way to BlizzCon rather than play in a more local area in group stages. But these teams fundraised their way, chose their country’s best players to be there, so I’m just excited to see every single team that fought their way to even be at BlizzCon in LA. That might not sound too far away for people in the US, but to a lot of the teams coming, those are thousands of miles traveled and so many time zones to get to this one chance to show people that they are incredible.

Some of these players haven’t gotten a chance to compete in Contenders, and for the Contenders players competing, I’m so happy that they have another platform. For a lot of the competitors though, this is their only opportunity to be noticed. We’ve seen how many World Cup players move up to OWL, like Fusions who excelled at last year’s BlizzCon. So I’m excited to see which players will be able to impress their way to better opportunities.

What are your goals moving forward after the World Cup?

If Blizzard and the Overwatch community deem me worthy of the Overwatch League, I don’t think anybody with a sane mind could say no to that. Overwatch League is definitely a dream of mine, and if I’m not ready for that yet, or the opportunity isn’t there for me this year, Tier 2 is where I’ll stay until I can be the best and be the first female caster in Overwatch League. I’m excited to cover whatever region I’m lucky to get, whether it’s North America, South Korea, China, or if South America gets an English stream again. I’ll be in Overwatch for a while. I’m more of a journey not the destination type of person, but since you’re asking about the destination, Overwatch League is the top and I only shoot for that.