What is the 2019 Overwatch World Cup? 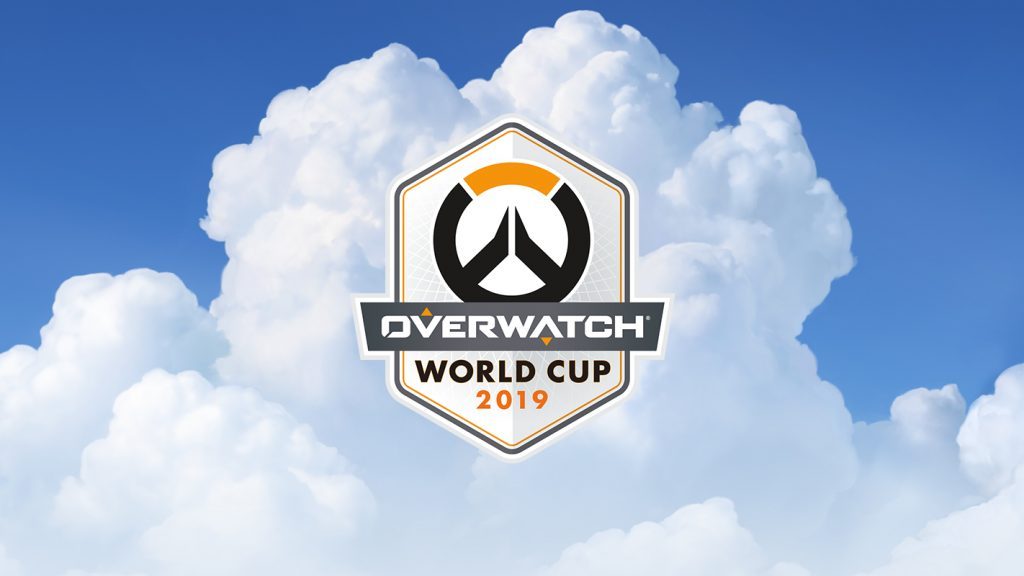 Teams from around the world will take to the stage for the Overwatch World Cup. (Image via Overwatch League)

Similar to traditional sports’ world cups, the OWWC features teams from all around the world with players representing their countries. The OWWC this year will have the ten best teams from around the world compete in the tournament that begins on November 1. Prior to that, more teams will compete on October 31 to decide the ten spots heading into Blizzcon. 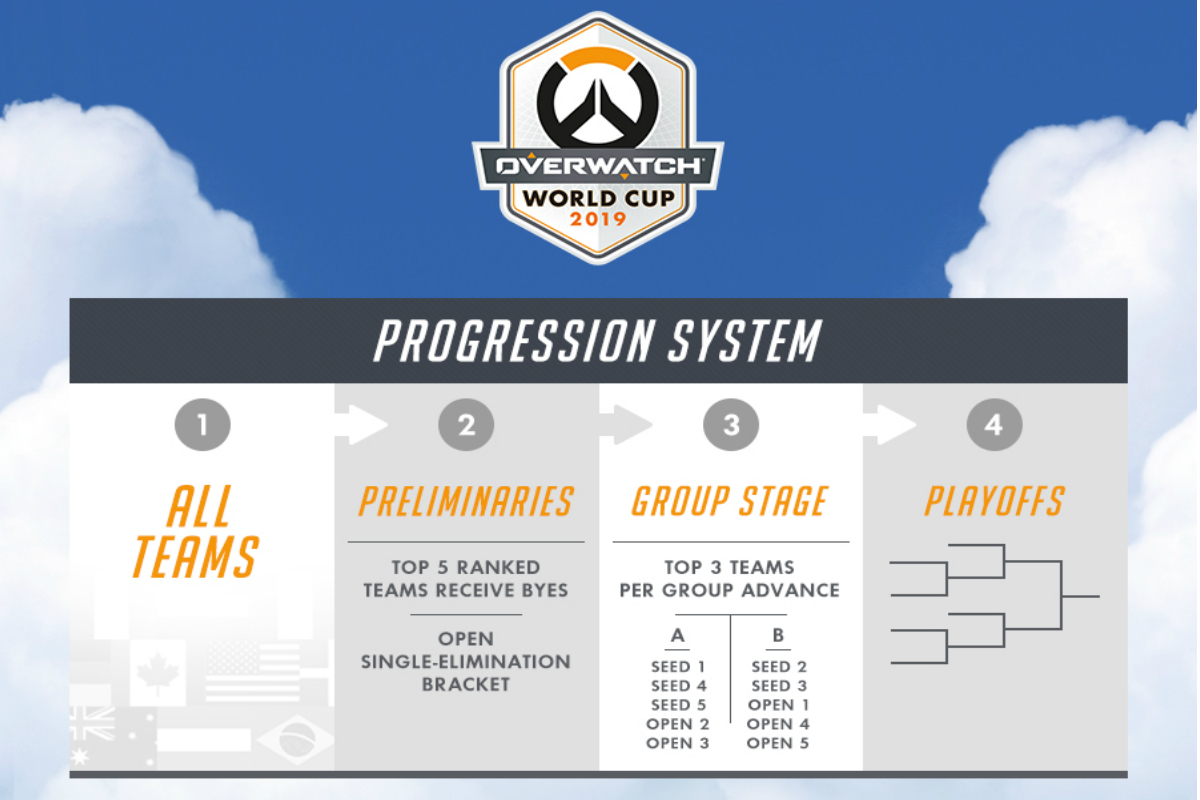 The preliminaries will determine the ten teams advancing to the group stage. (Image via Overwatch League)

There are five teams that have received an automatic berth in the group stage – South Korea, USA, Canada, China and France. The final five spots will be decided through the preliminaries played by the rest of the teams which include Australia, United Kingdom, Sweden and a lot of others. Unlike the previous years of the Overwatch World Cup where teams competed worldwide leading up to Blizzcon to determine who will make it to the stage, the preliminaries are all located in Anaheim where the non-top five teams will have to compete to make it to the group stage.

Interesting to note is Blizzard funded the travel expenses for the Top 10 ranked teams heading into the Overwatch World Cup. These teams include the five (South Korea, USA, Canada, China and France) that have received the automatic group stage berth. United Kingdom, Australia, Sweden, Russia and Finland were the remaining teams to get travel funding from Blizzard. Because other teams must fund their traveling expenses, it’s unclear how many will actually be able to attend the preliminaries in Anaheim. For example, the Malaysia team announced that they will be unable to attend because of funding and, in an example of other issues facing teams, South Africa will have to sub a player because of visa issues.

The group stage of play will take place on November 1. The ten teams will be split into two groups of five to battle it out in a “round-robin” type format to determine the final six teams that will advance into playoffs. Those playoffs will take place on November 2 – the final day of Blizzcon. The top team from both groups will automatically advance to the semifinals. While the four other teams will square off in the quarterfinals. The Overwatch World Cup playoffs bracket will be single elimination.

WHEN AND WHERE TO WATCH

The Overwatch World Cup preliminary round will begin on October 31 at 9:30 a.m. PDT. The preliminaries will not be played before the start of Blizzcon so the only way to catch the games would be watching one of the four streams running on Twitch. Here are the four Twitch channels that will be streaming the preliminaries (as well as the group stage):

The top-six playoffs will take place on November 2 and start at 10:30 a.m. PDT. The matches can be watch at Blizzcon in the Arena which is located in the Arena Plaza. For those that won’t be attending Blizzcon, the playoff matches will be streamed on the Overwatch League Twitch channel. https://www.twitch.tv/overwatchleague 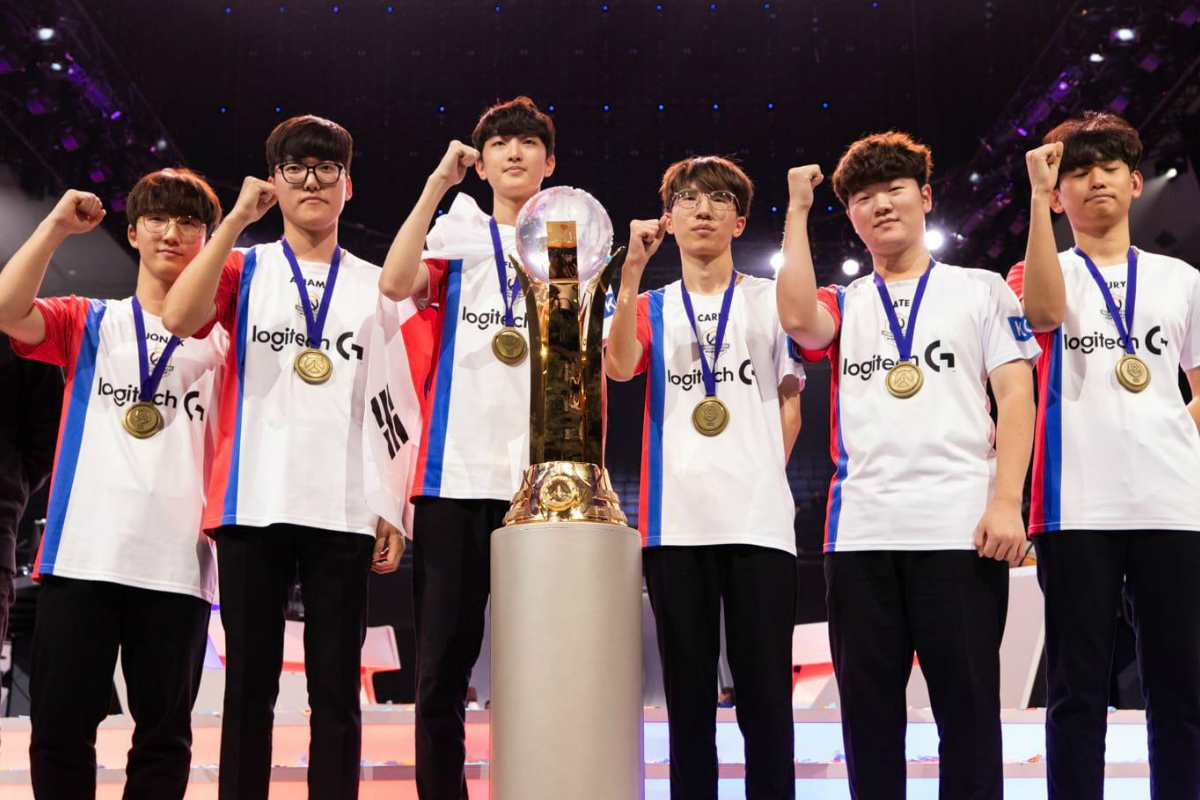 South Korea will look to four-peat during the 2019 Overwatch World Cup. (Image via Robert Paul for Blizzard Entertainment)

The Overwatch World Cup is a celebration of the entirety of the Overwatch esports scene. The best players from the around the world will have a chance to represent their countries in the World Cup. It’s a stage where legends can be born such as 2019 Overwatch League MVP – Jay “sinatraa” Won – who exploded onto the Overwatch scene during the 2017 Overwatch World Cup with a fearless performance against the best players in the world. As of now, the reigning 3-peat champions – South Korea look to be the early favorites with USA, China and Canada in a position to possibly dethrone the champs.

For many countries, the OWWC will be the biggest stage the players will ever play on. For others, it’s another opportunity to continue to show how dominant they truly are. No matter what, though, the Overwatch World Cup is a celebration of the game, the players and the countries that help make Overwatch into a beloved esport around the world.