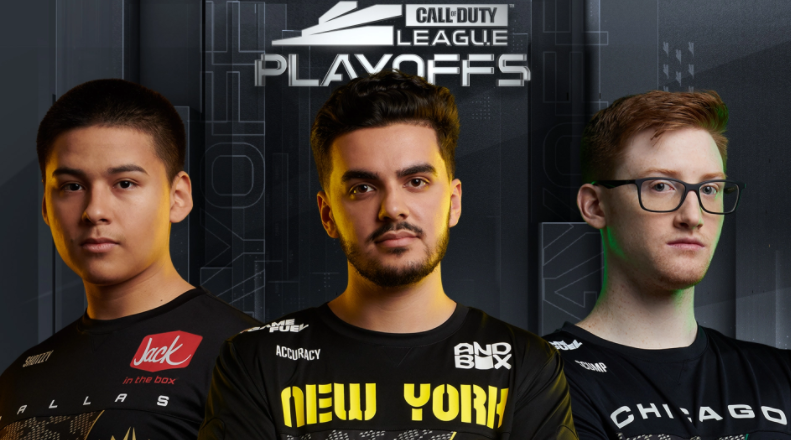 The Call of Duty League playoffs are here, and each team has one final shot to make it to the Championship Weekend. Some teams will have an easy time making it through playoffs, while others have a steep uphill battle.

Four teams already made it past the first round of the playoffs thanks to their stellar performance in the regular season, but they can still be eliminated if they struggle to perform during the playoffs.

The pressure starts immediately for the four elimination bracket teams at #CDLPlayoffs.

The first match in the first Elimination Round is between the Paris Legion and the Seattle Surge. The teams are entering the playoffs in the 10th and 11th spots, respectively, and have a long road to Championship Weekend. Both teams only won five matches during the regular season and have struggled to compete with the other strong teams in the Call of Duty League.

Seattle has gone through several roster changes during the regular season and recently added Proto to the starting lineup. Seattle Surge Coach Nubzy recently explained that the team is ready to go all the way and the perfect underdog to support.

However, Seattle will have a hard time making it past the Paris Legion, who recently proved they are not a team without hope. Paris recently made it to the grand finals at the London Royal Raven Home Series but were ultimately beaten by the Dallas Empire.

Paris still defeated the Los Angeles Guerrillas, New York Subliners, and the London Royal Ravens during the Home Series, proving they are not a team to ignore. Paris ended the regular season with a bang, which might be enough to guarantee a first-round win against the Seattle Surge.

The Los Angeles Guerrillas and OpTic Gaming will face off in the second match of the first Elimination Round. The two home town rivals faced off twice in the regular season and each team walked away with a victory.

The Guerrillas have consistently stayed in the last spot in the standings and struggled to gain momentum in the regular season. Despite many considering them to be a team that poses little threat, the Guerrillas have refocused and are ready to prove the naysayers wrong.

OpTic Gaming also went through various roster changes during the regular season, which finally brought some success in the final Home Series event. OpTic beat the Seattle Surge and Chicago Huntsmen during the Toronto Home Series but was eventually eliminated by Atlanta. This small run proved OpTic is capable of beating the top teams in the league and still have a chance to pull off an upset. This match is a wildcard that can go in either direction, but the real excitement will be when the winner faces off against the loser from the Winner’s Bracket. 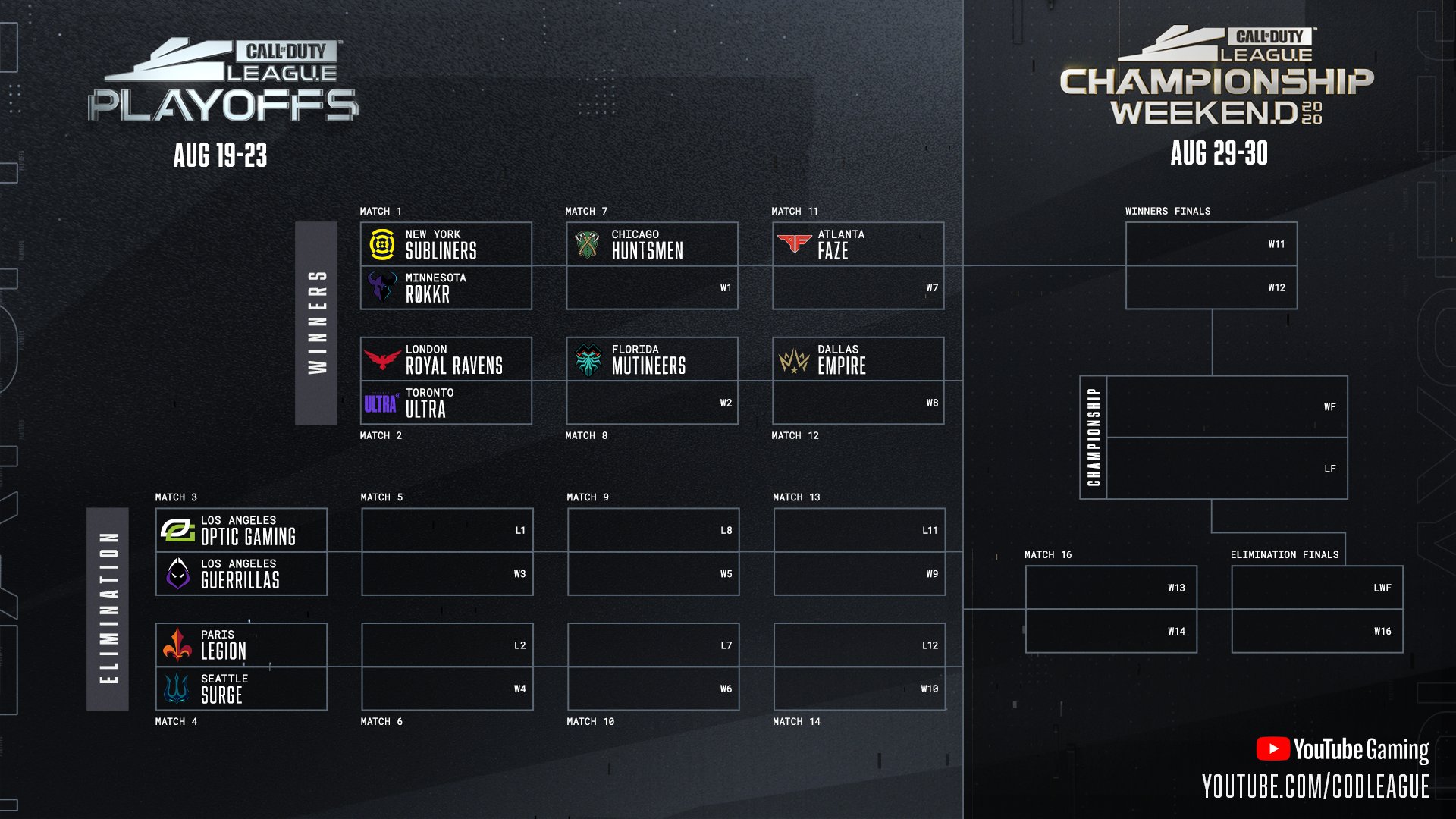 The top eight teams secured their spots in the Winners Bracket, where they will avoid an automatic elimination after losing. Four teams will compete in the First Winners Round, while the four remaining teams will play the winners in the second and third rounds.

The London Royal Ravens and Toronto Ultra will face off in the first Winners Round. Toronto secured a top-eight spot after a rough start at the beginning of the season. Their dominant performance at the Toronto Home Series moved them from 10th to seventh place, which allowed them to avoid the loser’s bracket.

Toronto beat the Chicago huntsmen, Atlanta FaZe, and Dallas Empire during the final Home Series. These teams are considered to be three of the best teams in the League and tough teams to beat. Toronto has a solid lineup and is more than capable of going far in the playoffs.

London recently confirmed they needed a little work on their Domination gameplay and would use the time before champs to get better as a team. They have been a reliable team throughout the regular season and will not be an easy win for Toronto.

The New York Subliners and Minnesota ROKKR will compete in the second match of the first Winner’s Round. New York found their stride late in the season and beat Minnesota at their Home Series.

Minnesota made one grand finals appearance at the Los Angeles Home Series but was defeated by the Dallas Empire. They still managed to secure victory throughout the season and remained a middle of the pack team.

New York could send Minnesota to the loser’s bracket, but they will have their work cut out.

The Chicago Huntsmen, Florida Mutineers, Atlanta FaZe, and Dallas Empire will not make a playoff appearance until the second and third rounds of the winner’s bracket. They will face the winners of the previous round while the losers will fight for another chance in the loser’s bracket.

Every team has a chance to make it to the Call of Duty League Championship Weekend, but every match will be challenging and exciting.