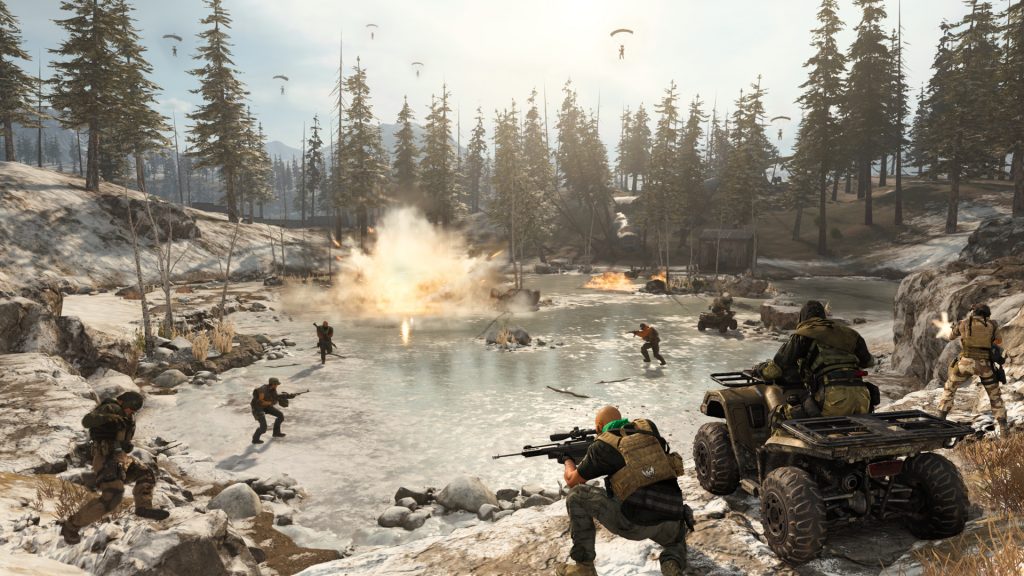 Every team will send their best players to compete in a winner take all event. (Photo courtesy Activision)

Call of Duty fans will have the chance to see their favorite professional players go head to head in a private Warzone match. The Call of Duty League announced the first Warzone Weekend where four players from each CDL team will compete in a Warzone match for a $10,000 cash prize. The event will take place on May 24th before the final day of the Seattle Surge Home Series.

See what happens when our pro players drop in all at once: Watch Call of Duty League Warzone Weekend presented by @MetroByTMobile this Sunday at https://t.co/wmB1gxdegF! pic.twitter.com/ikOtkj5q4X

The first Warzone Weekend event will take place in a private lobby with only the 48 professional players in the lobby. This will prevent any outside interference from other players and ensure every gunfight will be intense and important.

Each team will consist of at least three players from each organization. The fourth player on each team can be another professional player or a special guest invited by the team to compete in the event. Future events will consist of mixed rosters from different teams and will include participants from other areas of the Call of Duty community.

The teams can include players from the starting roster and substitute players, so the event might give players stuck on the bench a chance to shine.

The first Warzone Weekend event will serve as a lead-in to the CDL Sunday final four bracket and will be a nice change of pace during the intense Seattle Surge Home Series.