A Guide to Warzone Weapons and Loadout 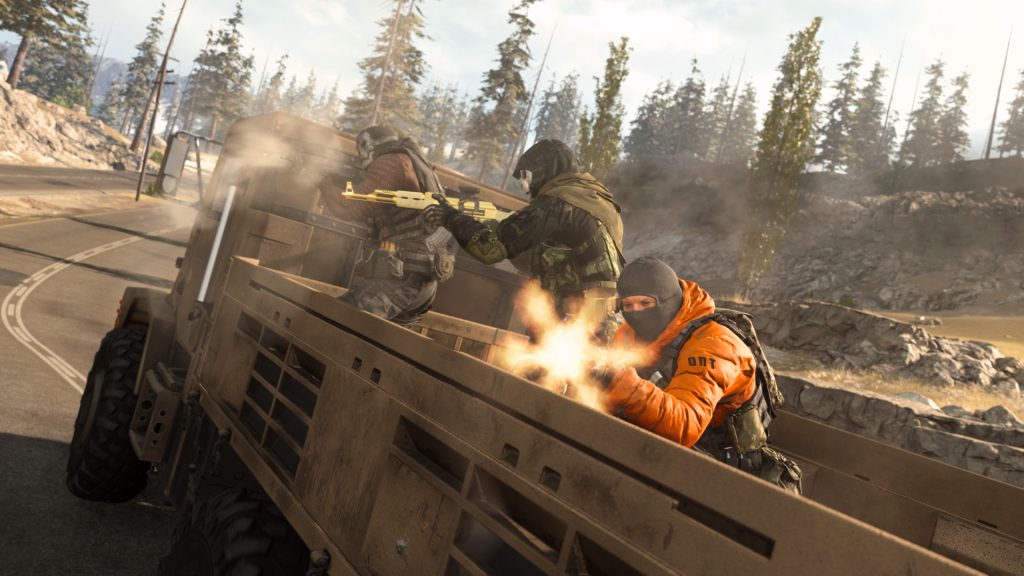 Weapons are the most important item in Warzone. Make sure you know which weapons will give you a competitive advantage. (Photo courtesy Infinity Ward)

Call of Duty: Warzone features dozens of weapons that players can find around the map. Weapons come in five different rarities: common, uncommon, rare, epic, and legendary. Higher rarity weapons are equipped with more attachments and are the best weapons available. Lower tiered weapons such as common and uncommon weapons are good for the early game but should be replaced with better weapons as soon as possible.

Players can also get their own custom loadouts from crates around the map which are usually better than the weapons found around the map. There are several ways to customize loadouts, so understanding how every piece of equipment and ability works is important.

This guide breaks down the various weapon tiers and the best setups for custom loadouts.

Common weapons are the easiest to find in Warzone. These weapons spawn all around the Warzone map and do not have any attachments equipped. Players should try and replace these weapons as soon as possible.

Uncommon weapons are a slight upgrade from common and come equipped with one attachment. These weapons have a green flow which makes them easy to identify and can be found almost as often as common weapons. These weapons will be enough in gunfights but make sure to keep looking for better weapons to stay competitive. 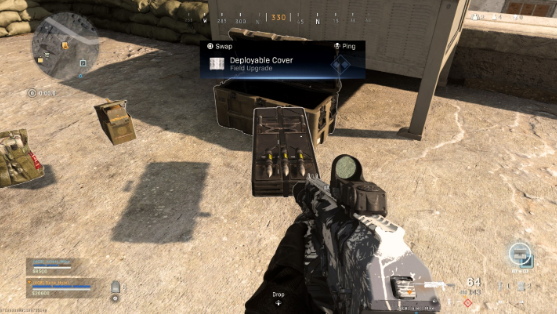 Rare weapons are the first tier that give players a real fighting chance. These weapons come with three attachments and glow blue. Modern Warfare players will likely recognize the rare weapons they find because they are featured as blueprints in the main game.

This level of weapon is in supply boxes, so make sure to listen closely for the audio queue that lets players know when one is nearby. 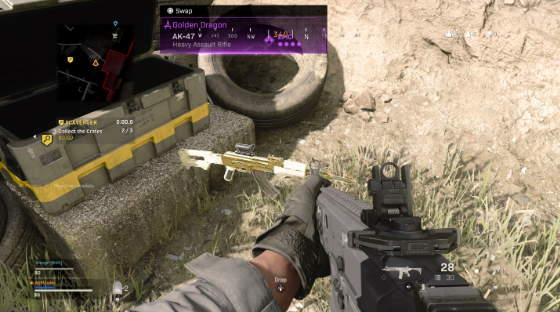 Weapons with a purple glow are Epic weapons. These weapons come equipped with four attachments which greatly enhances the guns performance. Epic weapons can be found in special supply boxes which can be found randomly on the map or after completing scavenger contracts. 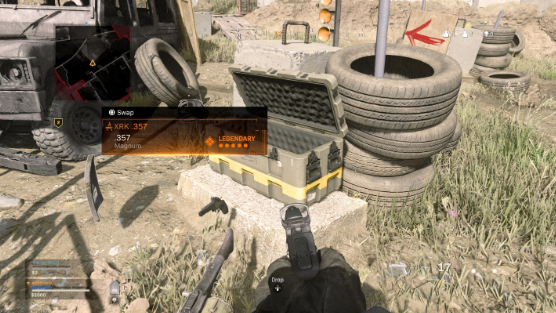 Legendary weapons are the rarest items that can be found on the Warzone map. These weapons are gold blueprints that come equipped with five attachments. They can be found in supply boxes and are often rewards for completing contracts.

Legendary weapons are the best weapons players can find by default, but a well-designed weapon loadout can easily outgun these rare items. 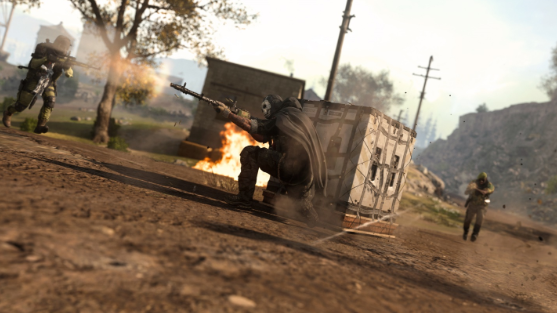 Players can customize loadouts in the main menu which provide access to all weapons they currently have unlocked. Every gun featured in Modern Warfare is available for use in Warzone and be accessed from loadout drops.

Loadout drops spawn randomly on the map throughout a Warzone match and allow players to select a custom loadout they created. Players can also purchase loadout drops from buy stations for $6000 which allows an entire squad to select their own loadouts.

Knowing what weapons to include in your custom loadout is very important, so here is a brief breakdown of the best primary weapon in each category.

The M4 is one of the most popular weapons in Modern Warfare and is the most used assault rifles in professional matches. The guns consistent damage, long range, and strong accuracy makes it a dominate weapon.

Warzone players often use a monolithic silencer on the M4 which prevents their shots from appearing on enemy’s mini map. This significantly lowers the chance of being third partied by another team which is a huge advantage. Players will also use attachments to increase range such as the Stock M16 Grenadier which improves damage range, bullet velocity, and recoil control.

There are few weapons as powerful as the MP5 in a close quarter fight. The SMG provides strong hip fire, high mobility, and can customized to fit a player’s needs. The MP5 does not have enough range for a long-distance fight, so players should keep that in mind when selecting this weapon. 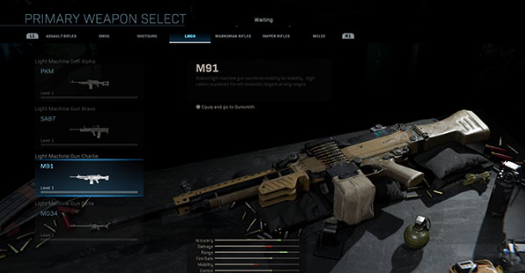 The M91 has a slightly lower stability, but this can be fixed with the proper attachments. Players who use a light machine gun in their custom loadout should remember they significantly lower movement speed and usually have a slower ADS speed as well.

The 725 is one of the most infamous guns in Call of Duty history and has an incredible range and high damage output. The gun only has two shells but dominates in close quarter combat. Players should definitely use the Overkill perk if they want to stay competitive while using this gun.

Marksman rifles are harder to use due to their lower rate of fire and higher margin for error. If players can master these strong weapons, they will potentially be able to land consistent head shots and become a deadly force.

The MK2 Carbine is usually a two shot kill that deals a lot of damage at long ranges. Attachments can further increase the damage and extend the range to make it a solid choice for medium to long range gun fights. 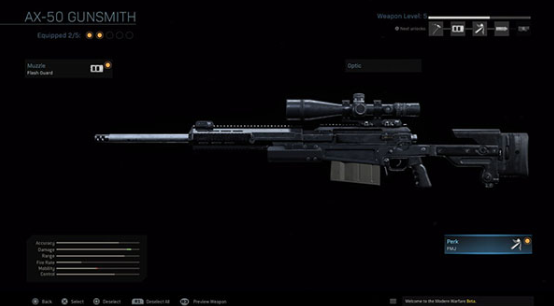 The AX-50 does incredible damage and is a one-shot knockdown from chest shots most of the time. A well-placed headshot will immediately down enemies, so this strong weapon is a great choice when engaging enemies from a distance.

This gun will not be effective in close engagements, however, so players should have this weapon as their secondary weapon while using Overkill. 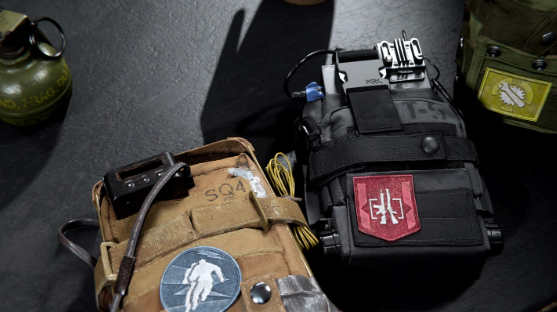 Custom loadouts also include three perks that are active after picking up the loadout. Every perk is useful in various situations, but there are a few that apply to Warzone more than others.

E.O.D lowers the amount of damage taken from non-killstreak explosives. Players who use the perk can also hack into enemy equipment such as claymores and proximity mines and will reset the fuse on frag grenades when they are picked up. This is a great tool for players looking for more protection from enemy explosives.

This perk makes players undetectable from AI targeting systems and thermal optics. A lot of players run thermal optics in Warzone, so this perk is a great counter to avoid being a bright target.

This perk increases the health regeneration rate after killing and also speeds up the time needed to capture or hold objectives. Players who complete a lot of contracts should consider this perk as it will make capturing objectives quicker and safer.

Money is an important part of Warzone and spending it wisely can impact the course of the match.

Hardline reduces the prices for certain items at buy stations which can give you earlier access to strong items and killstreaks. 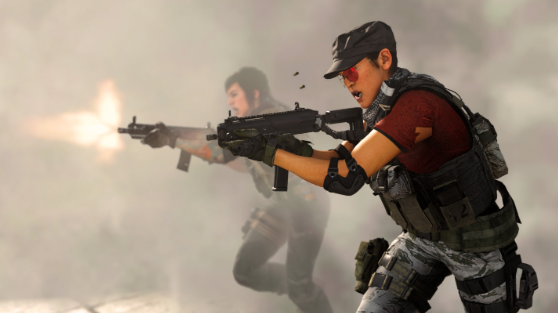 Overkill allows players to carry two primary weapons instead of a side arm. This is great for players who want to snipe in Warzone because they can have another weapon for close quarter engagements if they get close to the enemy.

High Alert will make a player’s on screen HUD pulse when an enemy player sees them on their screen. This is a great way for players to stay one step ahead of an enemy team and avoid being ambushed.

Pointman increases contract payouts for an entire squad. Teams that complete contracts constantly should have at least one player running this perk to ensure they are getting the highest reward possible.

This perk is perfect for players who are constantly reviving their teammates as it reduces the time it takes to get them back on their feet.

Amped allows players to swap weapons faster. This includes switching between two primary weapons while using overkill or using a launcher as a secondary weapon. Amped also allows most equipment to be deployed faster, so players should consider this perk if they are constantly using weapons or equipment that are slow to deploy.

Battle hardened reduces the effects from enemy flash, stun, and EMP grenades. This allows players to fight back after being stunned by the enemy and can be the difference between life and death.

Tracker is perfect for players who want to know what their enemies are doing without being seen. This perk allows players to see enemies’ footprints and shows markers at enemy death locations. The death markers that appear after killing an enemy are removed which makes it harder for enemy teams to track your location.

There perks provide a solid base for players new to Warzone. There are several more for players to experiment with to find their perfect setup.

Weapons are one of the most important aspects of Warzone. Always remember to be on the lookout for better weapons and items as you explore, and try to complete contracts if possible, to get better loot. The last player standing is often the most well equipped.