Bwipo: “We ‘Sidegraded’ Quite Often” 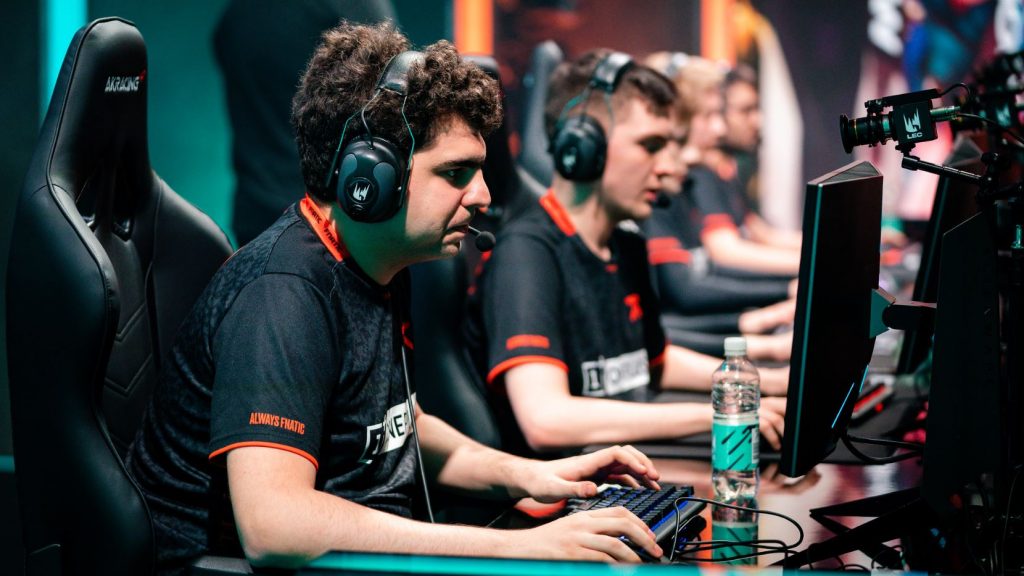 The Summer Split has been a rocky road for Fnatic. (Photo courtesy Michal Konkol for Riot Games)

For Fnatic, the LEC Summer Split has mostly been one to forget. Once one of Europe’s greatest teams, Fnatic was sucked into the chaos of the season and fell down the standings. In frustrating fashion, the team lost matches, looking like a shell of its former self. Even when victorious, they would often have to thank their opponents for handing them the win in otherwise unwinnable matches. With one match left to play in the regular Split, Fnatic is still not certain of making it to the Playoffs.

On the eve of what may be the defining match day of Fnatic in 2020, we spoke to the team’s top laner, Gabriël “Bwipo” Rau. Open-heartedly, Bwipo spoke about the difficulties Fnatic faced during the Summer Split. He opened up about how he stayed mentally strong throughout the weeks, and what the team dynamics on Fnatic are like in trying times.

Hotspawn: Welcome, Bwipo. Ever since we last spoke, it has been a tumultuous Split for you and Fnatic. Let’s walk through the weeks. After that successful opening weekend, was there something that changed in Fnatic?

Bwipo: I think we just had a harder time deciding what we wanted to stick to. As a result, we ended up experimenting a lot. I think you can see a similar problem with Schalke 04 early on in the Split. They just stuck with what they thought was good and changed only towards the end of the Split. The majority of the Split was experimentation for them with the roster as well as the way they drafted, and it showed. Now they’re committed to their style, and they have solidified themselves a little bit more.

Hotspawn: And you’re saying that you had the same problems?

Bwipo: Yeah. Except that, for the first week, we just played what we knew would work for us. But we didn’t really feel convinced after our week one performance. So we were experimenting, trying to find ways to upgrade. In the end, what ended up happening is that we ‘sidegraded’ quite often.

Hotspawn: What do you mean by sidegrading?

Bwipo: It’s the idea that something worked out sometimes, but other times it didn’t work out. But in the end, it would be pretty bad anyway. It was never a clear step up, or something of which we could say “this is what we wanted.” It was always that it would have some advantages, but the result would be bad.

It was harder to be a team,

Hotspawn: You have veterans on your team. People who are used to being at the top. When things started to go downhill in terms of results, how did that impact the team?

Bwipo: Well, it all was just a lot harder. It was harder for us to do anything, really. It was harder to be a team, it was harder to be okay with people making mistakes. It was harder to be happy about things going well. It was just harder. I know it’s a very generic answer, but the idea is that everything you do as a team becomes harder. Celebrating isn’t as good. Defeat becomes almost suffocating at times. Everything you do is harder. It isn’t as genuine anymore, and there are feelings of not being able to rely on something. It’s pretty tough to deal with at times. But it’s a part of being a team, right? It’s always harder when you’re losing. If you can get through this as a team, you’re always going to be stronger than someone who never has to go through that. 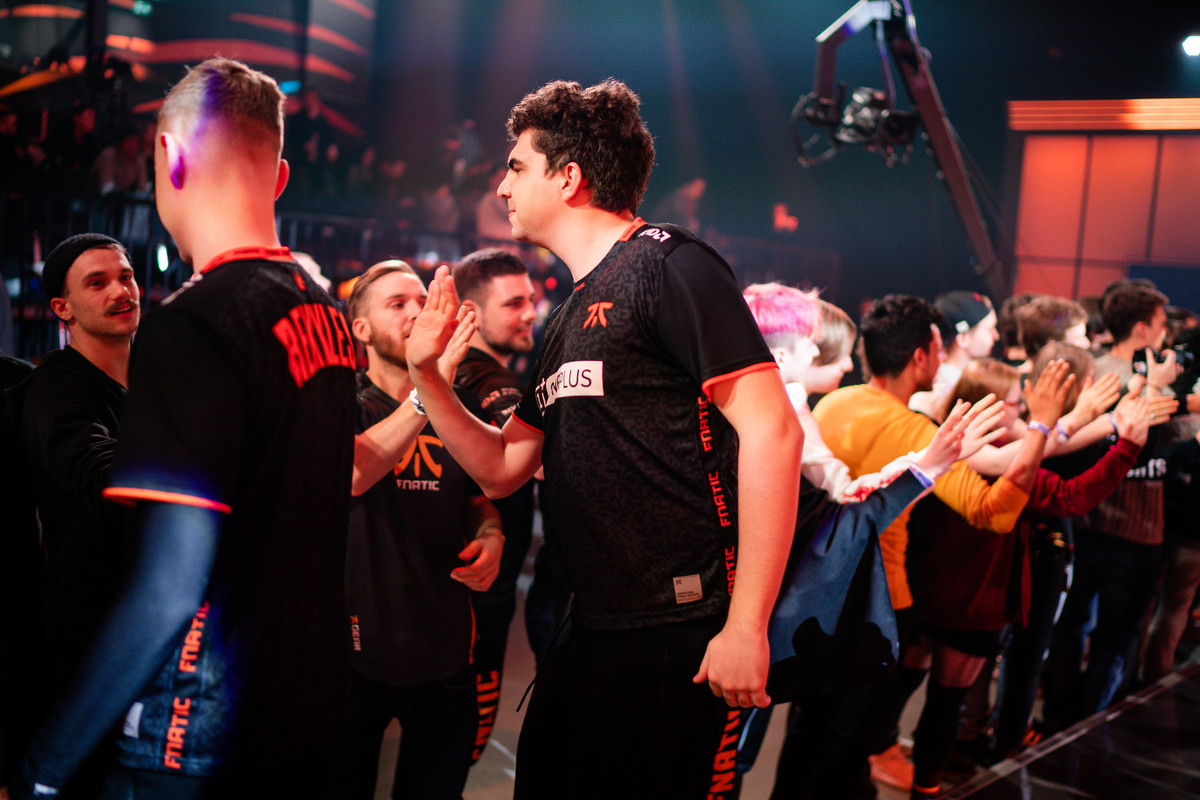 Hotspawn: Did you always keep faith that you would pull through, or have there been moments that you strongly questioned what the end result would be?

Bwipo: I mean, we haven’t pulled through yet, so I don’t want to say ‘yes, I’ve always believed it.’ But we’ve put ourselves in a pretty good position. If we win tomorrow, we will pull through. If you’re asking, “Do you believe that you can win?” or “Do you believe that you’re going to win?”, I believe yes and yes. You don’t have room to think about it. The only time you have room to think about what happened after we lose is, in my opinion, when you accept the fact that it’s possible that you lose. But that’s something you come into every competition with. I just accept the fact that there is a chance that I’m not playing Playoffs this Split and that I’m not going to Worlds this year. That’s it. It can be pretty difficult to not think about the ‘what after…’, you know?

Ultimately, I just accept the fact that we have a chance at winning and that we have a chance at losing. As long as we do everything we can, the chance of winning should be higher. It’s about chasing the victory. Just accept that you can lose, and chase the victory. If you waste energy figuring out what to do after you lose, then that’s all you’re doing. You’re wasting all that energy that could have gone into winning. That’s why I just want to believe that we’re gonna win.

Hotspawn: You also mentioned that, when the times were more difficult in Fnatic, it could be suffocating to you. From an outside perspective, you’re always this positive and wholesome person. How did you deal with those difficult times, personally?

Bwipo: I think the trick is not to change anything, actually. If you’re generally a positive person, just try to not change too much, you know? Stay happy, stay positive. Just be okay with what’s going on. Don’t worry about the details too much. If you’re a generally positive person, then just stay the same. If you’re generally a negative person, then stay the same. If you’ve had success being the person that you are, then just commit to having it be that way. That’s what I have always believed in myself. Don’t suddenly become positive. Don’t suddenly become negative. Don’t change who you are if you’ve been successful with who you are.

Don’t get me wrong, maybe it’s necessary and it’s deemed necessary by your peers. If that’s the way you want to go, and change, then that’s ok too. Let’s say everyone hates your guts because you’re toxic as… whatever, then yeah, you need to change. But I don’t think I’m changing anything. I don’t even want to change anything, to be honest with you. If I’m changing something, it means that something is seriously wrong. That’s worse than just tanking a few losses. You lost? That’s alright.

We’re definitely a team with our fair share of issues. But I’m happy that I’m a part of this team.

Hotspawn: And at the moment, nothing is seriously wrong.

Bwipo: Well if we lose, there would be. Then I would need to reevaluate. Maybe I do need to change something about me. But before we’ve actually lost our spot at Playoffs… It’s too early, in my opinion. Maybe I’m wrong, but that’s just my opinion.

Hotspawn: Well it’s not an exact science, of course. It’s about emotions.

Bwipo: Yeah but I mean, I just don’t want to say that something is seriously wrong right now. I don’t feel that way right now.

Hotspawn: And that’s perfectly fine, of course. You know what is going on better than I do. So, back to dealing with difficult times. You deal with it yourself, but how do your teammates deal with it? Do they mostly keep to themselves too?

Bwipo: I’m not one hundred percent sure. It’s hard to tell, and it depends on each individual player. Even after many years, people change their approach to things like this. I can’t really speak for my other teammates and how they approach that. The player I’m closest with is Hylissang, and I think Hylie just tries to shrug things off. He does the same as I do, and just continues to be himself. I think that’s why we get along. We don’t really change the way we behave. We’re just there to do what we’re there for, and we try our best to have that be enough.

Hotspawn: Is Fnatic a team, at the moment?

Bwipo: Yes and no. If you mean that we’re a five-man unit that’s all ‘jolly hee, jolly ho’ and we’re all laughing, everything is hilarious, and we figure things out as we go, then not really. We’re definitely a team with our fair share of issues. But I’m happy that I’m a part of this team. Ultimately, everything I have ever accomplished in my career is thanks to Fnatic, right? I don’t think there is a single person on this planet that would credit any of Fnatic’s success in 2018 entirely to me. It was absolutely the team and the players. In 2019 too, even. It’s not to say that that year was a great one. Finishing third in the Spring Split wasn’t great, but going from third to second, and then getting to the top eight at Worlds, that’s a year a lot of pro players still dream about. That’s what I’m saying. I’m happy I’m on this team. I can’t say with confidence that we’re a whole team and everything works out, but I’m happy that we’re also not a team that’s going home. Hopefully. *laughs*

If you’re on this type of team, where competition is everything and that can overshadow your relationship with your teammates, competition is everything. So if you don’t win this year, you have to seriously reevaluate if you want to work in the same environment again. That’s the way it is. But ultimately, no, we’re not like MAD Lions, if that’s what you’re asking. 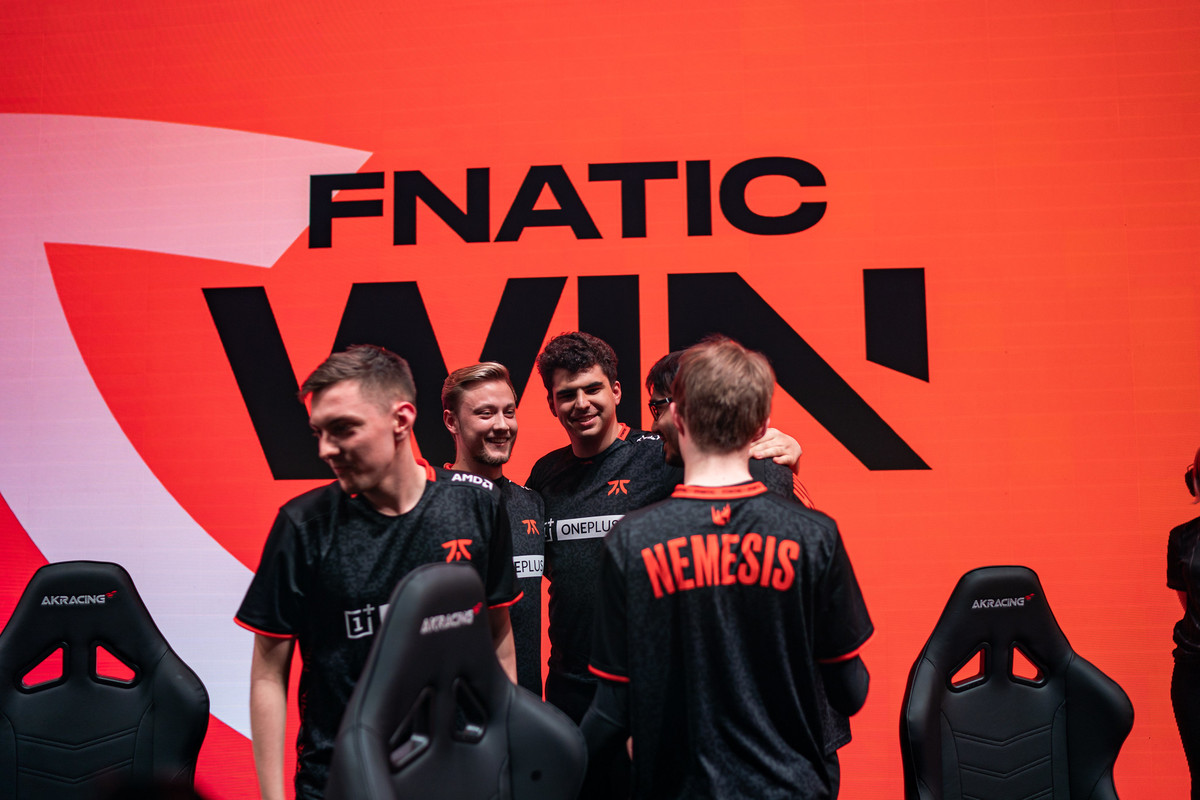 On Fnatic, competition comes before anything else. (Photo courtesy Michal Konkol for Riot Games)

Hotspawn: Or even G2, who also seem to be more light-hearted.

Hotspawn: I’m not going to put you on the spot and ask you if Fnatic will make it to Worlds. I think that would be an unfair question given—

Bwipo: I mean, I will tell you yes. That’s what I believe in. If I’m wrong, then I lost nothing. Missing Worlds hurts way more than someone laughing at me saying I missed Worlds. If I don’t make Worlds, I’m way sadder than some guy thinking they’re funny saying “haha, you missed Worlds.” You know what? I don’t care at that point. I know I did, and I’m upset about it already.

Hotspawn: That’s the right mentality to have. You have to care about what you think is important.

Bwipo: Exactly. And I believe that we can make it. I would be seriously surprised that, if we make Worlds, any other team than G2 will have a better performance than us. I’m not saying other European teams can’t. And honestly, if they do, then that’s fantastic. I am rooting for EU teams at Worlds one hundred percent. It’s for a very logical reason: if EU wins Worlds but it’s not us on Fnatic winning, then we’re that much closer to actually making it. We’re playing against that competition every week, scrimming against that competition every week. We’re playing against it way more often. The title is home. You can practice against the titleholder. But my gut just says that I would be seriously surprised if teams like MAD Lions or Rogue will perform better than Fnatic and G2 at Worlds. It might be a cocky thing to say, but that’s how I feel.

Fnatic’s next opponent in the LEC is SK Gaming, who they’ll play on August 9th at 9:00 p.m. CEST.