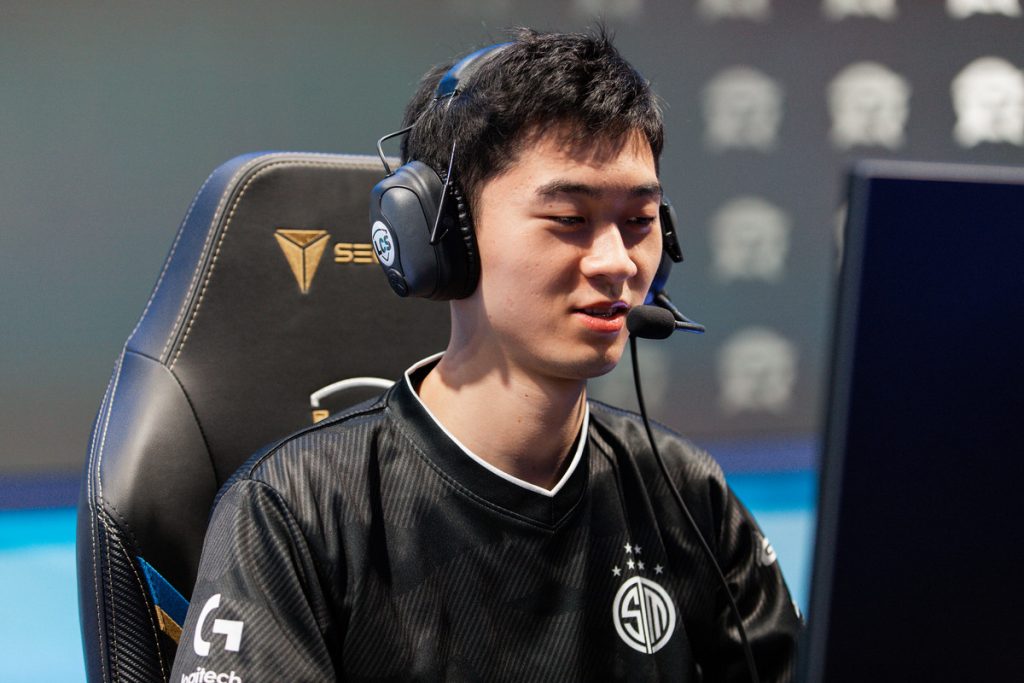 The fourth week of the League of Legends Championship (LCS) 2020 Summer Split has concluded. TSM and Team Liquid recorded 2-0 weekends to move into a tie for second place, while Dignitas made another lineup change that didn’t result in any wins. We take a look at where things stand in the LCS by looking at the top storylines so far in North America.

One of the LCS’ most prominent teams in Cloud9 returned to their former glory in the Spring Split, but two others lagged behind. TSM had a mediocre 9-9 regular season, and though they upset 100 Thieves in the first round of the playoffs, they exited in the second round to FlyQuest. Team Liquid didn’t even make it to the playoffs, going only 7-11 after winning four consecutive LCS championships. Instead of TSM and TL fighting at the top, we saw teams like Evil Geniuses and FlyQuest take their spots.

Through four weeks this season, TSM and Team Liquid look intent on taking their spots back atop the league. Cloud9 are still playing at a much higher level than any other team, but TSM and TL are now both 6-2 and alone in second place after both went 2-0 this weekend.

TSM opened with a confident victory over Golden Guardians. Søren “Bjergsen” Bjerg’s Twisted Fate made plays around the map, Yiliang “Doublelift” Peng’s Aphelios cleaned up the kills, and TSM led from start to finish in a 36 minute win. TSM then had a very uncomfortable 47 minute win over longtime rival Counter Logic Gaming. TSM conceded the first three drakes before taking the next four, securing Infernal Soul. TSM also controlled three Barons and an Elder Drake in the win. Bjergsen came up huge with a 9/2/6 Azir performance, dealing 38.4k damage.

Team Liquid had scares in both of their games, but also came up with a 2-0 week. The first was against Immortals and their “academy” squad. TL almost ended the game, but IMT repelled the attack. David “Insanity” Challe’s Orianna then teleported into TL’s base to try to secure the win, but Edward “Tactical” Ra’s Aphelios charged back into IMT’s base to end the game first. Insanity was only a few auto attacks away when IMT’s Nexus fell.

TL had a similar close call against FlyQuest. Despite trailing for the majority of the game, TL found a critical late game team fight to secure Baron. With both FLY solo laners still down, TL charged into the base and took down FLY’s Nexus with slivers of health remaining.

While the wins may not have been dominant from either team, it’s a step in the right direction that they are closing them out. Love them or hate them, the league is more fun when the storied teams are good and in the playoff hunt. TSM and Team Liquid are in a good position to keep the LCS entertaining. TSM will get their shot at Cloud9 in their first game of week five.

Dignitas opened the week against the 1-6 100 Thieves. Dardoch picked up a good early kill on Juan “Contractz” Arturo Garcia, but the rest of the game was downhill from there. Contractz participated in 14 of 100T’s 15 kills, Tommy “Ryoma” Le made Fenix look silly, and 100T won in 34 minutes.

Dignitas then had one of the better early games we’ve seen against Cloud9 this split. They took an early four kill to two lead after Robert “Blaber” Huang’s Volibear over committed to a fight bot lane. Dignitas even held an 800+ gold lead at 11 minutes.

But C9 are the best for a reason. Even when down in kills, they out-farmed their opponents across the board. Yasin “Nisqy” Dinçer used his Twisted Fate to help C9 get back into the game with picks, and before you knew it, C9 were already up 4.1k at 20 minutes. Once in the lead, C9 never relinquished, winning 21 kills to 10 in 33 minutes.

Johnson “Johnsun” Nguyen and Zaqueri “aphromoo” Black continue to play well, but the other three roles aren’t getting it done for Dignitas. Fenix looked completely over matched in his games — though it certainly didn’t help that he spent all Spring Split playing ADC. It wouldn’t be surprising to see Froggen return in week five. Lourlo and Dardoch look to have the best synergy of two top side players in the organization, but that isn’t saying much and is from a small two-game sample size.

Dignitas gets a shot at their first win when they take on the 1-7 Immortals to open week five. Dignitas will then play FlyQuest in their second game of the week.

Though League of Legends skins are said by Riot to be purely cosmetic and not give any kind of in-game advantage, we’ve known for years that some skins can give small advantages. For example, certain spells can be harder to spot by enemies when a player uses a certain skin. In the case of the Captain Volibear skin, several pros have argued it is easier to track his stacks with this skin.

However, one Cloud9 employee also argued that the current social climate needs to be taken into account when players are choosing their skins on the rift. C9 League of Legends Operations Manager Mae Alyssa Gabbert took exception to players using the “police” Volibear skin in pro play, specifically tweeting when FlyQuest jungler Lucas “Santorin” Tao Kilmer Larsen was using it. Gabbert wondered if managers were too afraid to manage their own players, ending by asking: “Do we need to @ players calling them racist?”

Literally why I use it – Makes everything so much easier when it comes to passive/Q etc.

Other junglers and pro players quickly came to Santorin’s defense, citing the improved visual clarity of the skin. Santorin confirmed that is why he uses it: “Literally why I use it – Makes everything so much easier when it comes to passive/Q etc.”

Cloud9 Founder and CEO Jack Etienne put out a statement calling Gabbert’s comments: “ill-conceived and objectionable.” Etienne noted that C9 will address violations internally, and both Gabbert and Etienne have reached out to Santorin to apologize. Santorin tweeted in response that the situation was: “water under the bridge.”

For their part, Cloud9 steered clear of the skin this weekend. Blaber did not use Captain Volibear in his match against Dignitas. 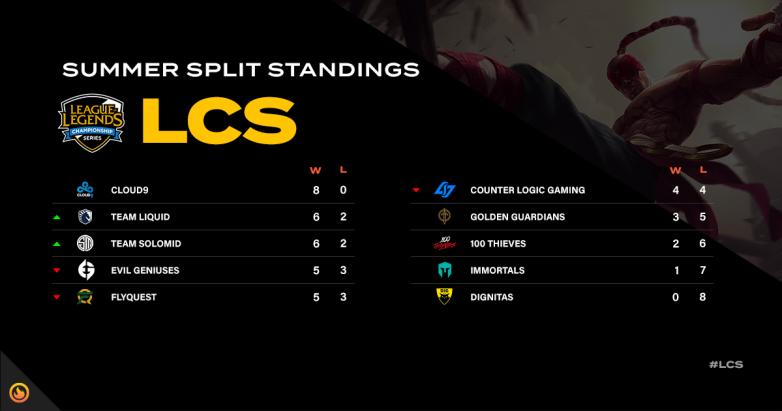 Cloud9 continue their reign on top with another perfect 2-0 week. Team Liquid and TSM took control of second place after also going 2-0.

Dignitas are still the only winless team in the LCS and are now 0-8. 100 Thieves picked up their second win of the season, vaulting them over Immortals. Counter Logic Gaming dropped both games to dip back down to .500 on the season.

Cloud9 are looking unbeatable again this split, but TSM were the only team able to take a game off them in the Spring regular season. TSM are also entering this matchup on a four-game win streak and in a tie for second place. TSM can match C9’s firepower across the lanes, but Blaber is playing on a different level compared to the rest of the LCS junglers. If Mingyi “Spica” Lu can neutralize Blaber, TSM will have a chance. But C9’s team coordination and synergy make it so you have to kick them down early and keep them down.

Team Liquid held on to win both week four games, but they were by no means convincing wins. They’ll get another shot at proving themselves back in form against a Counter Logic Gaming team that is currently in playoff position. CLG had early advantages against TSM but threw them away in week four. If they don’t sharpen their late game up, TL will be happy to extend the game and take advantage in the late gamer pressure situations.