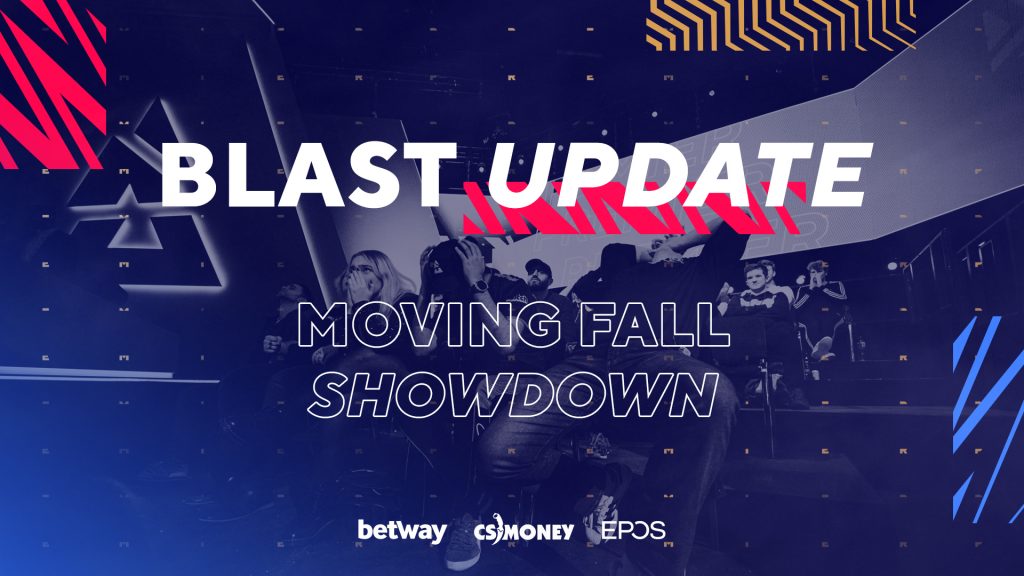 BLAST Premier changed the dates for the Fall Showdown to avoid conflicts with the recently rescheduled ESL One: Rio Major (Image via BLAST)

BLAST Premier has announced that the Fall Showdown has been moved from November 17-22 to November 25-29 to avoid conflicting with the ESL One Rio Major which has been postponed to November 19-22. ESL postponed the Rio major, which was originally scheduled for May, to ensure the safety of their staff, players, and fans in the midst of the ongoing coronavirus crisis.

“The May 2020 CSGO Major in Rio de Janeiro has been rescheduled to 19 – 22 November due to the global health situation related to COVID-19” ESL said in a press release. “The May Major’s prize pool will be added to the November Major, so the Rio Major will have a $2,000,000 prize pool.”

Despite the inconvenience caused by the scheduling conflict, the organizers of BLAST Premier addressed the situation in a very positive and friendly way. In a follow-up Tweet to the announcement, BLAST Premier stated: “More importantly, changing our schedules enables teams, talent and the @CSGO community to continue to flourish.”

ESL’s Twitter account replied with “Firm handshakes all around.” It’s uplifting to see the Counter-Strike community working together to accommodate each other’s needs in these trying times.