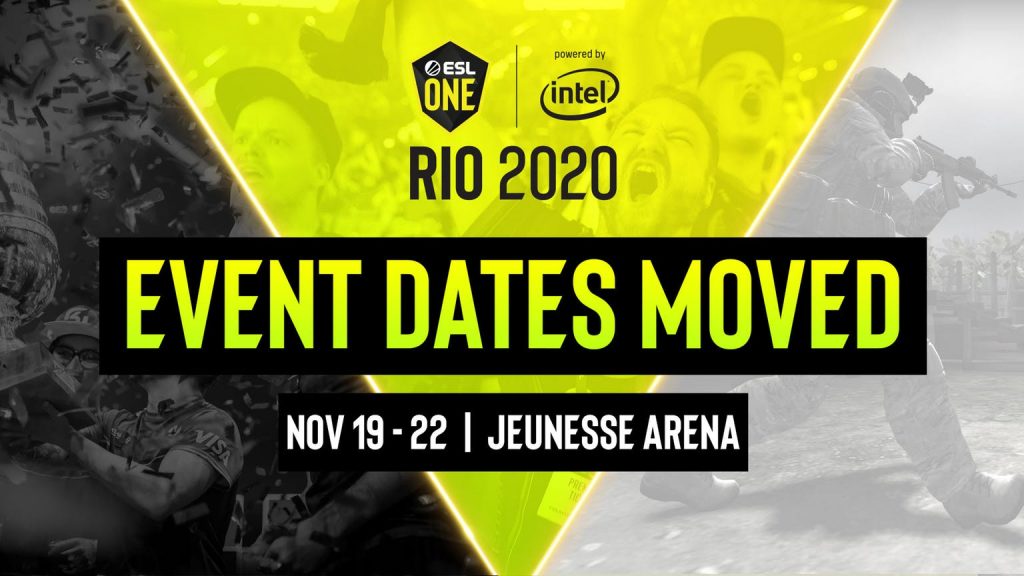 ESL One Rio will move from May, to November. (Photo courtesy ESL)

Event organizer ESL has announced the ESL One Rio Major will be rescheduled to November due to the ongoing COVID-19 pandemic.

The Major, initially slated for May 11th, will make its debut in Brazil at the Jeunesse Arena from November 19th-22nd during the Champions Stage. By postponing the event, ESL One Rio will absorb the calendar slot reserved for the Fall 2020 Major. Moreover, it will be the first time since 2013, when the first CS:GO Major was held, there will only be one event of its caliber during the calendar year.

With one of the 2020 Majors effectively being cancelled, ESL has announced its Rio event now programmed for November will feature $2 million in prize winnings – the largest cash purse in the history of Counter-Strike. The tournament will remain a Championship level event in the ESL Pro Tour and offer points towards the Intel Grand Slam. Tickets purchased for the Rio Major in May will also be valid for the November dates.

“Our decision is an extremely tough one, but health and safety have to take absolute priority”, said Ulrich Schulze, Senior Vice President of Product at ESL. “Given the very difficult circumstances for live events, we still wanted to give the Brazilian fans the CS:GO Major they deserve.

“We ask everyone to stay safe and we are pleased to be able to continue to deliver some quality CS:GO esports content to the community during these troubling times, while we prepare the Rio Major for November”.

ESL has not yet identified the dates or location for the Rio Minors, nor is there any information on the first two stages of the Major. With this postponement, teams may wrestle to maintain their eligibility at the Rio Major. As it stands, the top 14 finishing teams from the StarLadder Major will have to retain the majority of their roster for 14 months to keep their slot for the Rio Major. ESL is expected to announce more details on the event in the coming weeks.