BigG00se: “I Wasn’t Able to Perform Like I Did In Scrims.” 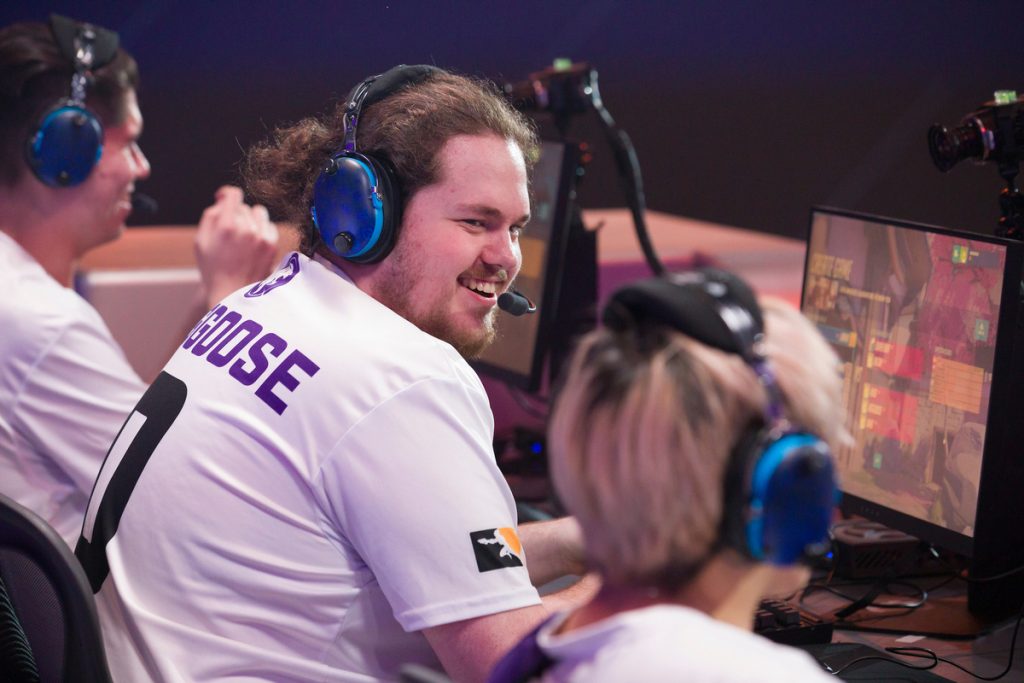 BigG00se has become a true fan favorite during his three years with the Gladiators. (Photo Courtesy Robert Paul for Blizzard Entertainment)

2020 hasn’t always been kind to the Los Angeles Gladiators. Despite a pedigree of success through the first two OWL seasons, they rebuilt in the offseason and have fallen from their heights as one of the top teams in the league. With playoffs fast approaching, the Gladiators are looking to regain their form just in time for the home stretch.

We sat down with one of the most beloved Gladiators, main support Benjamin “BigG00se” Isohanni, to talk about the challenges the team has faced, his thoughts on the meta, and much more.

Hotspawn: You actually have a lot of new teammates this year, with just you, Shaz, and Bischu returning. Is there anyone specifically that you’ve enjoyed having as a teammate this season?

BigG00se: This is a pretty bland answer: but I’d have to say everyone in the sense that it feels more like a team and we have specifically put more effort into that this year. I think it has helped us a lot as teammates, as players, talking about the game more. In previous years, it’s not that we haven’t been friends, but I think we are closer this year.

Hotspawn: Do you think being quarantined together in a team house has anything to do with that?

BigG00se: For sure. I think just being in a team house helps a lot. I think a lot of people undervalue the fact that you put your PCs around the same space. That already helps you bond a lot. If everyone has their PC in their own room, it’s like living in apartments, honestly. Gamers aren’t the type of people to go out of their way and hang out.

Hotspawn: Did you feel any pressure to take on more of a leadership role this year as a returning veteran?

BigG00se: Not really. I think we have recruited a decent amount of leaders. What I bring to the table is how you should act in practice, always trying to give 100% and do your part, and I do that 99.9% of the time. Even if there’s emotions, or maybe tilt, I still do my thing.

Hotspawn: Let’s talk about one of your former teammates, Decay. What does he bring to a team beyond his obvious skill? What kind of teammate was he?

BigG00se: At the beginning, Decay was kind of shy. As I said, in Season 2, we weren’t really that close. This is one of the things we really failed on in Season 2, we weren’t as close as we could have been as teammates. For Decay, I don’t have anything negative to say. Obviously he is really skilled. Maybe at the start of the season, I could have said he tilts too much, but by the end season he was actually one of the guys telling people to cheer up and he never lost his voice even if he was frustrated. That was a really big thing he improved on as a player, and I think it will help him going forward.

Hotspawn: Everyone always talks about the downsides of an international roster – language barrier, culture clash – but what are the benefits from your perspective after three years with the Gladiators?

BigG00se: I don’t really know. If you have a solid system, I guess it’s just that you’re able to choose from more people. 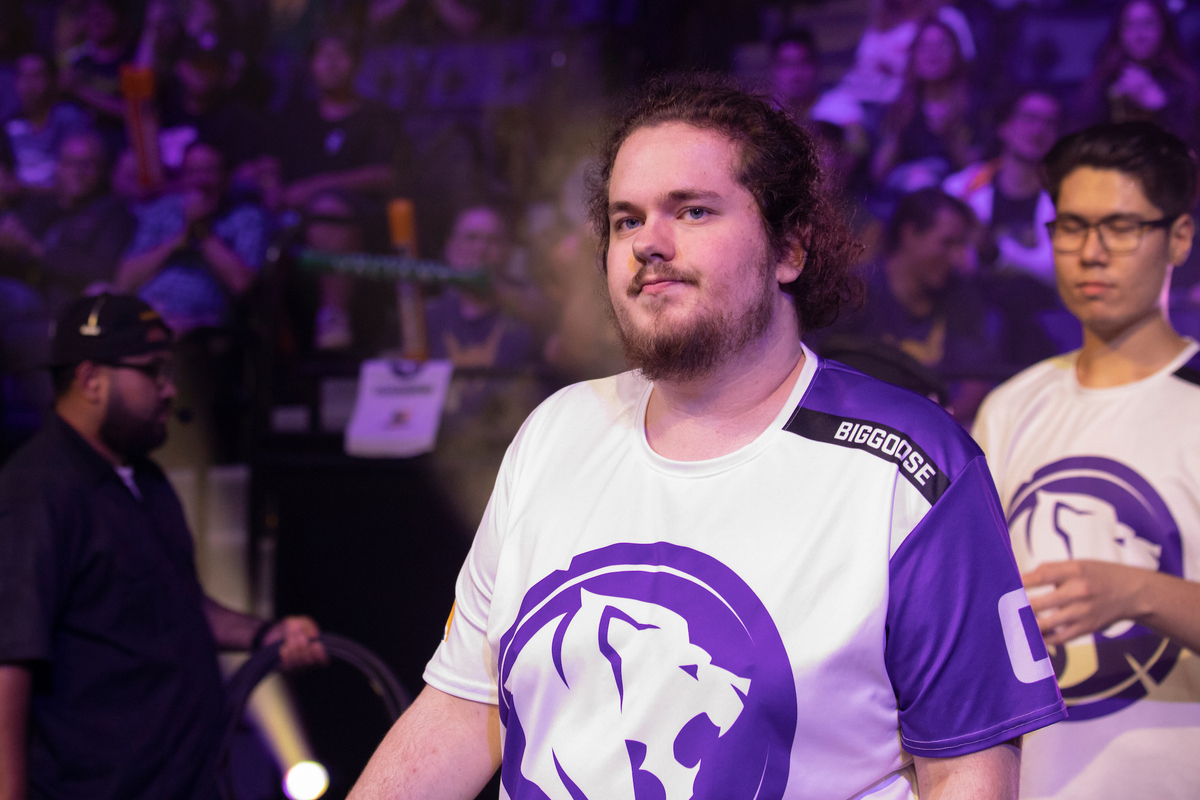 Hotspawn: Do you find comfort in having Shaz around as another player from your country?

BigG00se: In Season 1, it definitely helped a lot. Now that we are used to stuff, it doesn’t matter as much. We don’t really speak Finnish to each other. We’re usually in a group, and I think we both find it kind of rude to talk in your own language if you have the ability to speak English fluently. So we just stick to English. I think for Korean players it’s really understandable and reasonable to speak Korean, especially when some of them don’t even have a prior English education.

Hotspawn: Let’s turn our attention to this season. The meta has forced you to play a lot of Brigitte. How do you feel about that change and her place in the meta right now?

BigG00se: I don’t really mind playing Brig. There are some comps that really make it hard to play Brig. Something like Zen/Bap it’s really hard to play into because you have to force your value and there’s a thin line between feeding and not. It’s a very high-risk thing. Brig is right now a really solid support pick because her healing and sustain are so strong. It’s really hard to not play her.

Hotspawn: If you got your hands on the Overwatch balance knobs, what direction would you like to see the meta go?

BigG00se: I don’t know in terms of what meta, but I’d try to balance more stuff at the same time. I feel like right now the patches aren’t that frequent, but I feel like sometimes there has to be a more drastic approach to balance. Genji is a great example. He’s been getting buffed slightly all the time. He got more damage, the Deflect change, and then the spread buff. It was really close. Getting all  those at the same time was really a lot, but I think if you took one of those out, I think Genji would still be in a really good place. Keep the Deflect, because that actually enabled Genji a lot, but you could take one of the others and Genji would still be played a lot.

Hotspawn: This year has been tough for you guys, at least by Gladiators’ standards. What are the biggest challenges you’ve faced with this team and how can the Gladiators get back to being a perennial top 5 competitor?

BigG00se: I think this year we’ve had different challenges. I think as a team we noticed around the middle of the season and closer to now, even three, four weeks back, we have this problem where we haven’t been able to perform at the same level that we would in scrims. It wasn’t until the Mayhem game that we managed to fix this problem as a team and individually. It was also happening to me earlier, where for the first time in my career I wasn’t able to perform like I did in scrims. I think if we just keep working the way we are right now, we have a chance to reach top five, if not more. 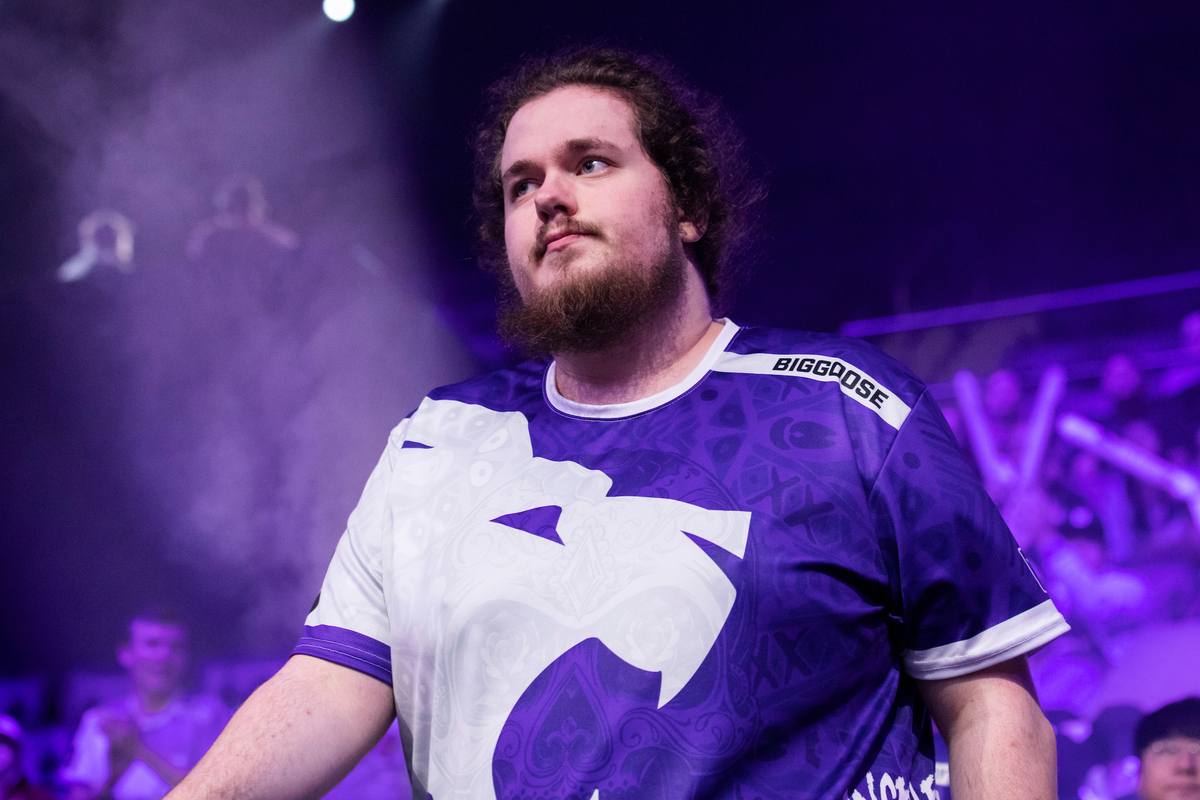 Hotspawn: This weekend you guys take on Toronto. How is the team feeling heading into that matchup and the Countdown Cup in general?

Hotspawn: Finally, the Gladiators still have five regular-season matches after the Countdown Cup, most in the league. Do you feel that the team is poised to take advantage of that opportunity and build some momentum heading into playoffs?

BigG00se: I’m sure if we manage to win all five of those games it will be really good for us, help us build confidence and momentum for the playoffs. We have struggled lately quite a lot, to beat anyone, top-level teams or otherwise. I think five matches will be really challenging but also an opportunity to grow and learn.

The Los Angeles Gladiators play the Toronto Defiant in the first round of the Countdown Cup Friday, August 7th.