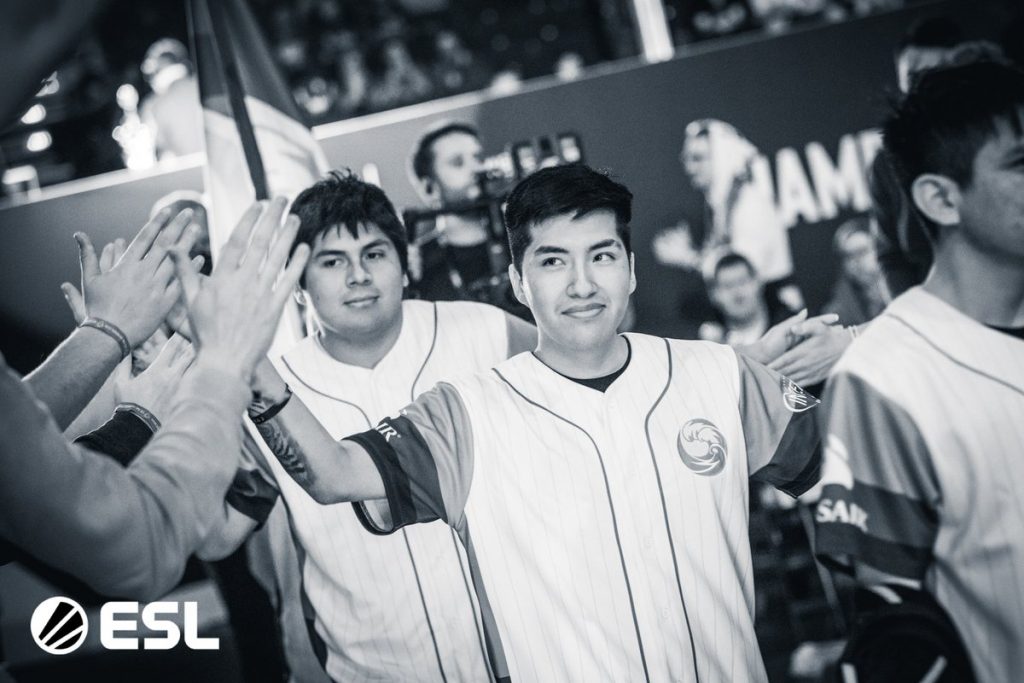 Beastcoast showed out over Thunder Predator in the first set of matches for ESL One LA. (Photo courtesy ESL)

We got our first major look at competitive Dota on patch 7.25b as the ESL One Los Angeles regional league play commenced across all regions. Beastcoast clashed with Thunder Predator in the first series, showcasing a matchup of teams who qualified for the now cancelled ESL LA Major.

Beastcoast, currently playing with a standin for veteran captain Stinger, continue to employ their unique mix of reckless aggression with greedy position one play. In game one they threw enough bodies at Thunder Predator to buy time for Hector to take over the game, erasing an early game deficit with one key engagement. Game two followed a similar pattern as Thunder Predator took an early lead, feeding off of Beastcoast’s supporting cast. With a strong mid game timing however, Thunder Predator would not be denied victory as they systematically picked Beastcoast apart enroute to a one sided win. Game three looked to be more of the same for Thunder Predator when the all-Peruvian squad once again crushed the laning stage. Controlling the tempo for most of the mid game, Thunder Predator looked to have Beastcoast on the ropes. With some deft spellcasting and exceptional farming from Hector, Beastcoast took a decisive fight at the river and clawed their way back into the lead.

Series two of the South American league featured FURIA and NoPing, two Brazilian squads vying for regional supremacy. The series proved to be mostly a contest of experience as the veteran drafting and gameplanning from NoPing outclassed FURIA on almost every front. Despite FURIA’s Alchemist counter pick to the NoPing Anti-Mage, NoPing outpaced their less experienced opponents. In game two, it was more of the same with NoPing’s carry, Costabile, anchoring the team on Phantom Lancer. The team traded farm for the first 15 minutes before NoPing found key pickoffs to break the game open. FURIA’s defenses crumbled shortly afterwards and the series came to a decisive 2-0 close.