Beastcoast Tear Through FURIA and No-Ping at ESL One 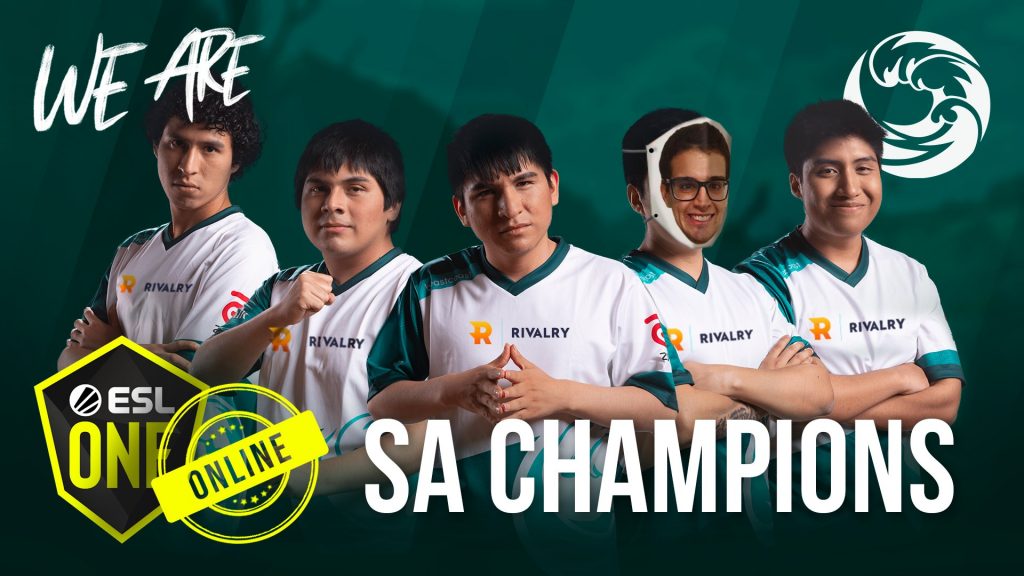 beastcoast sail through FURIA and No-Ping to take the title of the best in South America. (Photo courtesy ESL)

After three days of action in the group stage of the South American region, three teams remained to vie for the ESL One LA 2020 Online league title. Beastcoast came into the event as the odds-on favorite but would have to fight their way through two stacked Brazilian teams to prove it.

FURIA came out of the group stage with the third seed having lost to Beastcoast 0-2 on the final day of play. Game one set the template for how teams are attempting to counter Beastcoast’s carry-reliant style of play. After banning K1’s top three heroes FURIA grabbed their notoriously strong Terrorblade and several other comfort picks. Beastcoast countered with an up-tempo draft, anchored by an Alchemist but rapidly found themselves without much synergy to make plays in the game. As a result, FURIA’s RdO enjoyed uncontested farm while his team chased and eliminated Beastcoast around the map. On the back of superior team fight and a beefy Terrorblade, FURIA closed out game one in twenty three minutes.

Beastcoast has been more inconsistent than usual in these online games but their resilience is what has made this roster special. Game two were more of the same from FURIA, banning out K1 and drafting strong mid and late game comfort heroes. The loss in game one unleashed a different sort of Beast and they came out swinging. After losing nearly every early game all tournament, Beastcoast decimated the slower tempo lineups from FURIA with a Midlane Mirana and a hyperactive Nyx Assassin plus Oracle support duo. Neither game was close and Beastcoast proved once again that they are an extremely scary team with momentum.

With a 2-1 victory over FURIA, Beastcoast advanced on to the grand finals against NoPing e-sports.

Beastcoast charged into the grand finals with a head of steam against a NoPing squad that had yet to drop a single game in the tournament. 4dr in particular had been playing top tier mid lane Dota all tournament and that continued in game one of the grand finals. NoPing knew exactly what was coming from Beastcoast and picked an aggressive draft to complement their late game anchor of Phantom Lancer. Stealing away one of K1’s favorite heroes looked to be paying off too as NoPing got off to a strong start with plenty of kills.

Against Beastcoast however, it’s not the frequency that matters and after a couple of very early deaths K1 got down to doing what he does best. K1’s ability to ignore everything in the game and accelerate his own item progression is second to none in professional Dota 2 and this quality was only amplified by his Alchemist last pick. After punishing the NoPing Timbersaw several times in the mid game, the momentum began to shift and K1’s Alchemist came online. NoPing made a desperation play for Roshan only to have their last glimmer of hope snatched away by a giant ogre hacking them to pieces and taking the Aegis for himself. In classic Beastcoast style, K1 put his stamp on the game by finishing with nearly double the networth of anyone else in the game.

NoPing again targeted K1 in the banning phase of the draft and patched their holes from game one by drafting a much stronger mid game damage output. 4dr looked absolutely stellar again, crushing his lane and completely snowballing out of control. Beastcoast attempted to match the tempo of NoPing and nearly righted the ship thanks to some overly aggressive plays by the Brazilians but ran out of firepower. Unable to take down the big cores of Templar Assassin and Troll Warlord, Beastcoast’s defenses crumbled and they tapped out at just over 23 minutes.

With the series tied 1-1 NoPing got off to another hot start at the beginning of game three. Both teams reached a little bit deeper into their bag of tricks, dusting off some rarely used heroes to try and throw each other off. With K1 heavily shut down early, NoPing extended their lead while Costabile farmed on his Troll Warlord. As the mid game progressed it seemed like NoPing were finding pickoffs with relative ease but remained unable to break the game wide open and actually end it. In true K1 fashion, the farming fanatic climbed his way to the top of the networth chart using his Terrorblade illusions to slow the NoPing pushes. With an 11,000 networth lead at 26 minutes, NoPing forced a fight just outside of the Beastcoast high ground looking to end the game. In a bit of a symphony, or maybe a cacophony, of spells and ultimates Beastcoast repelled the initial engagement and chased NoPing into their jungle. As NoPing looked to re-engage their positioning broke down and Costabile fell with little resistance.

With K1 firmly atop the networth chart Beastcoast began to retake map control and slowly accumulate items on the four other heroes of their team. It became clear that NoPing’s lack of kill potential on the now defensively equipped Beastcoast side was a huge issue. K1 continued to do the heavy lifting in team fights while his team provided the control for a NoPing lineup that lacked its own. Less than ten minutes after NoPing had held a double digit advantage in both networth and kills, they tapped out.

More grand finals Dota is always a treat when the teams appear to be evenly matched. Game four turned up the heat on this budding rivalry with an absolutely absurd level of action. Though each team exited the draft with a late game hyper-carry, Spectre vs. Phantom Lancer, nothing could stop the two squads from clashing. 25 minutes into game four, the teams found themselves deadlocked at 25 kills apiece and no networth lead to speak of. Thanks to Spectre’s global presence Beastcoast began to create a map control advantage and NoPing began forcing engagements in response. Seemingly the theme of this grand finals, NoPing chased a weaker but hard to kill Beastcoast team into their jungle only to have K1 join the fray and upset the momentum. Once the Spectre Haunted into the fight, NoPing attempted to retreat and left themselves open to being picked apart by Chris Luck’s Slark. Sensing blood in the water, Beastcoast’s unrelenting pressure corralled NoPing into their base.

Over the final 12 minutes of the game Beastcoast refused to lose a single core hero while taking down the Phantom Lancer three more times. With K1 again leading the way, Beastcoast closed out the grand finals in style with yet another comeback victory. It was an excellent showcase of the adaptability and resilience that has made this team such a phenomenon since TI9. NoPing put up a valiant effort and have also cemented themselves as a strong contended from the South American region.