Fans Rally Despite IEM Closed to the Public 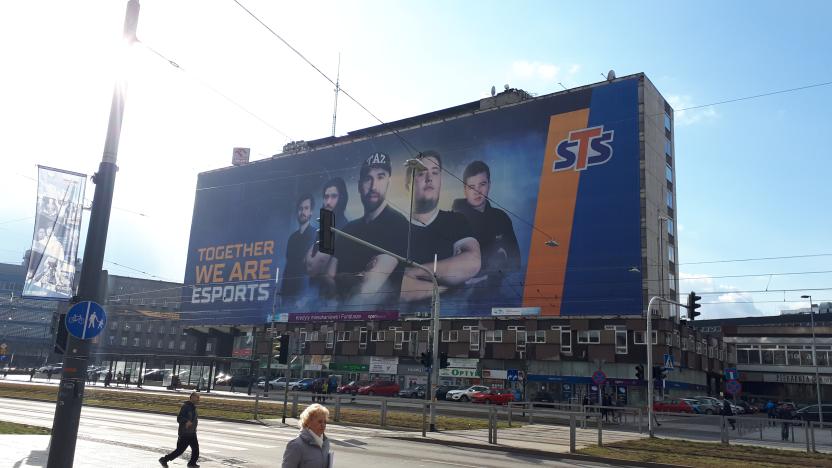 Katowice has shown just what happens when the biggest esports event in the world gets quarantined. (Photo courtesy Michael Hassall)

On February 27th, fans, content creators and minor league players were startled by the news that IEM Katowice would no longer be open to the public. After months of speculation regarding the effect of the coronavirus and its impact on IEM, the worst possible decision was made 16 hours before the start of IEM playoff matches. Faced with the impact of the coronavirus, along with the obvious collection of thousands of people from around the world, the Governor of the Silesian Viovode (region) of Katowice, revoked the event’s licence.

In this announcement’s wake we were left with dozens of fans who’d traveled to Katowice in hope of experiencing a true IEM Katowice experience. Instead, we were treated to a tragic turn-away from one of esports biggest organizers.

In light of the crucial cancellation of audience attendance I spoke to some of the game’s biggest fans.

All joking aside, the news about IEM Katowice having to be played without crowd attendance sucks for everyone who traveled. It's people like this Redditor I feel sorry for. pic.twitter.com/vOvC4ZDLaF

Patrick Brady, a CS:GO player in the Scottish Minor Leagues explained his situation: “[I] landed hoping for the results of the mousesports game, could have cried honestly. There were a few other folks on the plane with me attending the event,” he continued. “I’m trying to make the best out of a bad situation but this is really heartbreaking for me.”

Arriving on site after the announcement of cancellation, revealed more dissent. On Friday, Polish fans, keen to enter the arena chanted numerous angry dialog at police. I was later told that many of the chants translated along the lines of “Fuck the Governor” – but I was unable to confirm the lyrics. Police cautioned several members of the crowd, reportedly because of their comments.

Entering the event revealed a dejected press core. The energy, without the crowd was noticeably lower. A depressing merchandise store sold mainly to referees and staff. With the fans absent, deals on bulk were made a lot easier.

Sadly, by around 2 p.m. local time the local fans had dispersed. I spoke to one police officer who said that “there was no big threat”. People had given up on entering the arena almost as quickly as they’d been told they were not allowed. Around Spodek a barrier was maintained. Police directed traffic so that no car could possibly enter the arena’s grounds, and interrupt it’s isolation.

Leaving the grounds of this restrained arena, I endeavored to find where the true IEM fans had settled. The police commence a weird traffic diversion situation, but I dared not question why six police officers were needed to encourage people not to enter the Spodek arena. After breaking their barrier I entered the city proper without problems, stalking a young man with a Virtus.pro hoodie, as he clearly knew where he was going.

In leaving the arena, it was inevitable I met the true fans of CS:GO and StarCraft 2 trapped by this recent decision. After entering a bar, I spoke to Dino and Visko – first time Katowice attendees from Croatia. These two gentlemen had traveled on a connecting flight in Budapest, and now found themselves in Katowice with no event to attend. They were supportive of ESL, but angry at the local governance. “We’re all here in a group anyway now,” they complained. “So does it matter?”.

But they were barely a scratch on the surface for the people who were willing to share their story about Katowice. Pablo and Julius from Edinburgh showed how even second year visitors to Katowice could be burned. Both of them shared stories of what last year was like, before decrying the situation now. Nothing, as far as they could tell, would compare to a ‘real’ Katowice, with fans on site.

If you got a ticket to #IEM Katowice and especially if you're traveling to the event, I would like to offer my unreserved apology. We've got a team of people working on what's next. @IEM will post the updates.

Later in the day, I spoke to a stag party where one half of the attendees were developers for a UK games company. They refused to identify themselves for interview, but the atmosphere was clear. They’d lost something by not being able to attend IEM Katowice in person.

Many attendees had massed at Cybermachinma, a local bar with a self-proclaimed “gamer identity”. Past its 12 p.m. opening time, the bar had been packed with potential  IEM attendees. In sheer defiance of the restrictions, they screamed through ever round, chanted for teams. Thus, creating exactly the kind of atmosphere that any would have wanted for this event. It’s the small bars where this event has lived on.

It’s easy to feel sorry for the fans still here in Katowice. I’ve found a group of people who love esports no matter what. People who will come out and enjoy the scene, even if it’s just a bunch of folks streaming the games from a random pub in Eastern Europe.

IEM Katowice 2020 is set to go down in history, and not for the right reasons. After a huge blight from becoming a canceled event, perhaps by bringing the community together this event can become something truly special.