A New Face: How Rogue is Conquering Europe 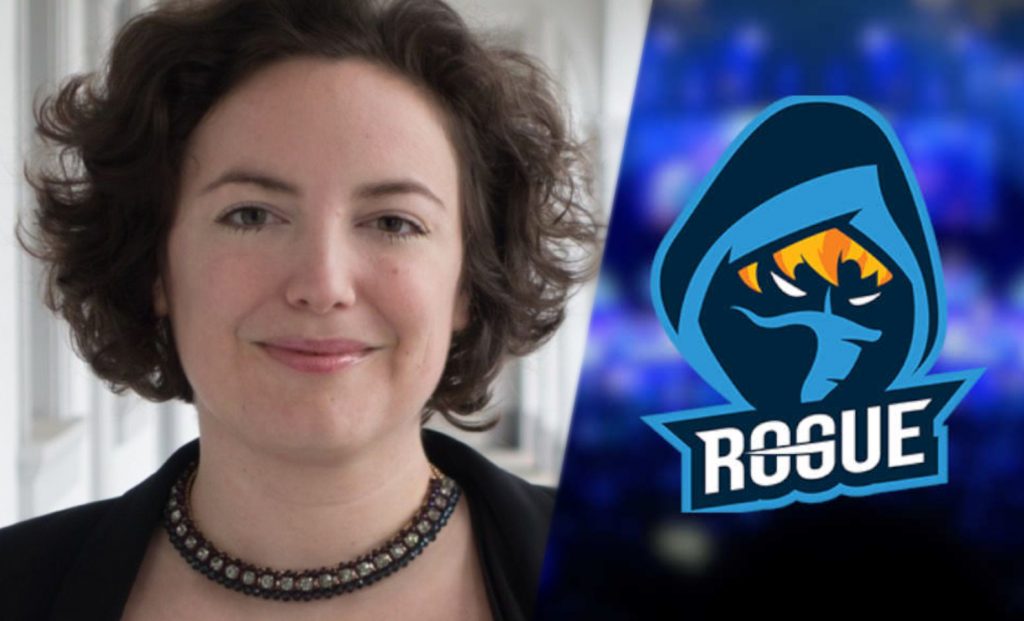 Esports as an entertainment industry is still very much in its infancy. While the most popular tournaments can draw the attention of millions of viewers, most companies involved with esports are mostly still in their still, at best, in their sophomore stage. New organizations sprout on an almost daily basis, hoping to ride the wave and make a name for themselves as the scene continues to expand internationally.

One of the relatively young esports teams increasingly successful in making a name for themselves is Rogue. The team, originally from the United States, ventured into European esports just over a year and a half ago when they bought into Riot Games’ League of Legends European Championship, the LEC. From a repurposed, spacious attic apartment in West Berlin the head of the European project, Managing Director Anna Baumann, leads her team. Her task: conquer Europe with the Rogue brand.

Baumann, formerly active in esports as a lawyer, joined Rogue right at the start of its European project in 2019. “Being able to make the switch from the advisory part to being an integral part of the management was an absolute dream come true. Especially with regards to managing an esports team,” she remarks. From the beginning it was clear that the road ahead would be a long one to walk. Europe is home to many well-known esports brands already, and to make a name for yourself is difficult. Especially when you’re the new kid on the block in an established esports title such as League of Legends.

The easiest way to the fans’ hearts is through competitive success. For Rogue, however, the start to competition on European soil was nothing short of disastrous. In their first Split, the team ended dead last of ten competing teams. A rough start for the brand. “That was a hard hit,” Baumann acknowledges, but she also remarks that even competitively unsuccessful teams can establish a brand that esports fans will come to love, as she refers to the beloved team Unicorns of Love. However, building a brand with competitive failure is not an option for Baumann: “My mission coming into the organization was to establish Rogue as a brand. But a core part of that is to establish it with success.”

Rogue turned the tides in the second half of the competitive year and finished fourth in the LEC’s Summer Split by bringing in young talent from their academy team, AGO Rogue. The success has extended into this year, and Rogue currently find themselves at a shared first place in the LEC.

The success is here for the Rogue team. But the question begs still: what is the Rogue brand identity? “What we love to tell as a story is that, no matter where you are in the world, you as an individual are really important,” Baumann explains. “You have a uniqueness to yourself, and when you bring this out, that is when you ‘Go Rogue’,” she continues, the last exclamation referring to the team’s slogan. 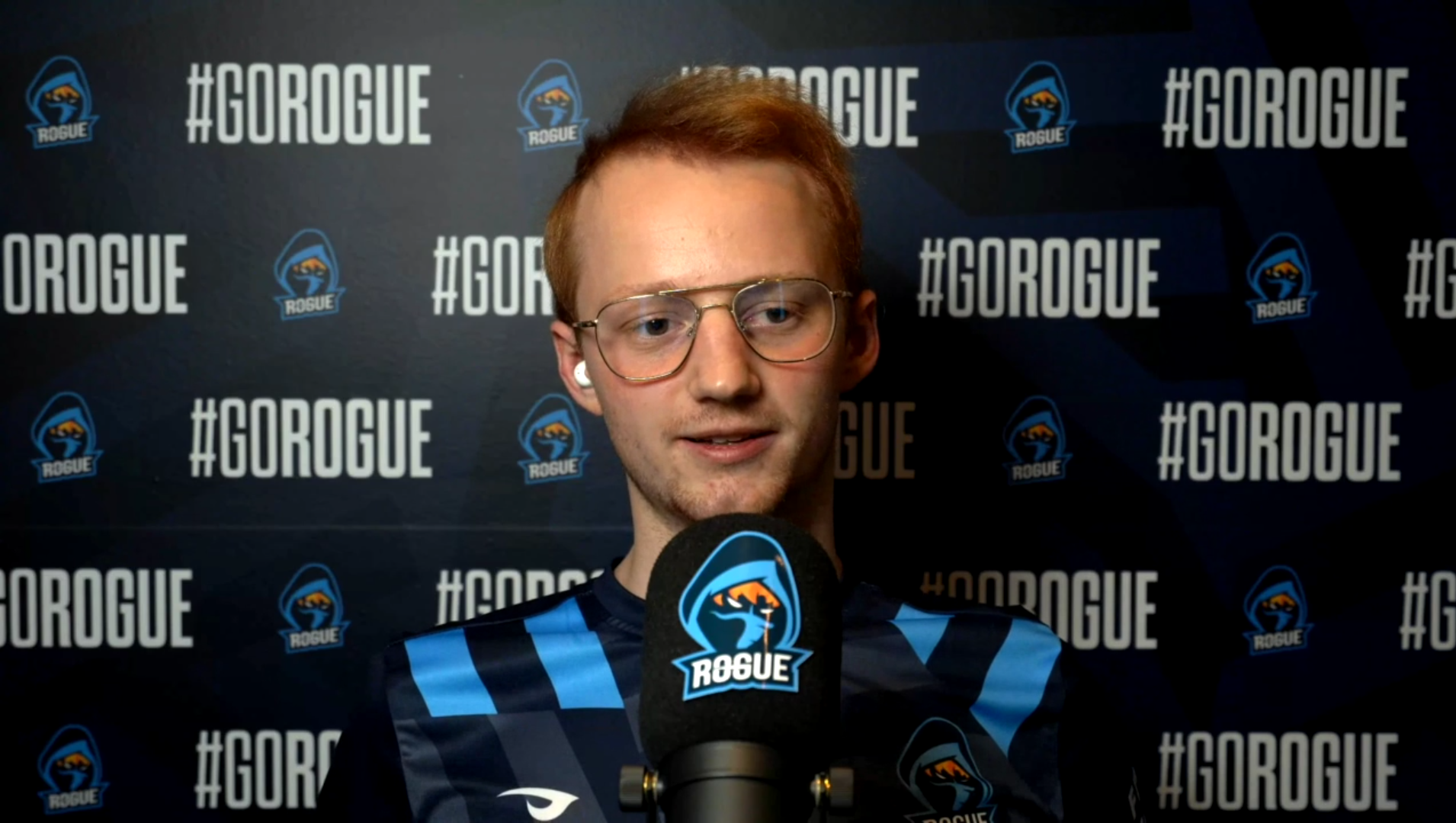 In its approach to esports, Rogue chooses a more serious theme than others in Europe. One of their direct competitors, G2 Esports, very much leans into the meme and banter culture of gaming. Baumann: “I think that is something you need to bring to the table while you are establishing yourself.” At the moment, the jokey approach simply isn’t in line with the goals and the environment of the team. “Everybody is very, very serious when it comes to work ethics, how to approach every day. It’s part of our values currently,” Baumann says, keeping her eye on the competitive goals for the team. “It’s how we prepare for Worlds.”

In building the European branch of Rogue, Baumann has a lot of freedom. While Europe and the United States both fall under the ‘Western culture’ umbrella, there are significant differences. “A great example is our academy team in Poland, for which we work together with x-kom AGO. I don’t speak Polish, but what I see every day is that these accounts are rather edgy, and they are really speaking to their Polish core fans. I’m loving that.” Banter, Baumann notes, is par for the course when you’re an esports team, especially one in Europe. “I think that’s also what European fans deserve,” she adds. “I’m European as well: this is what we love. We love to have a go at each other, you know?” 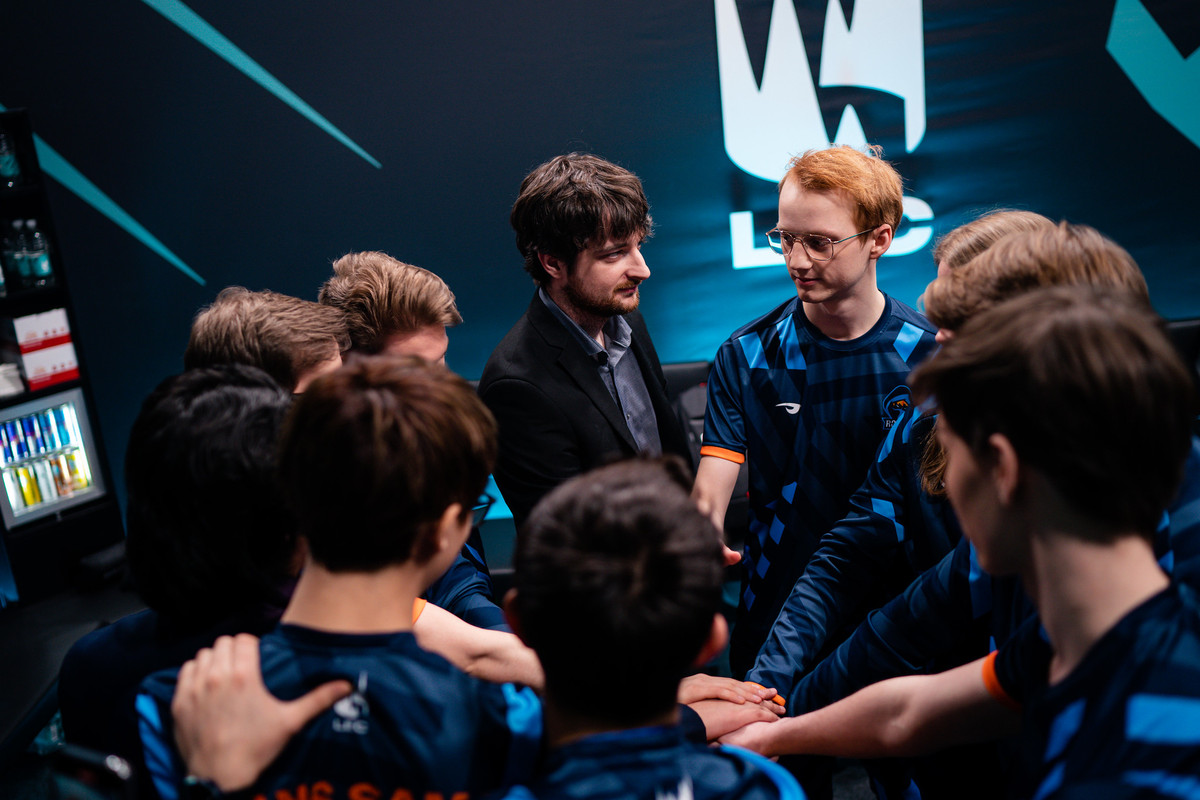 Rogue’s LEC team is performing better than most had anticipated. Photo via Michal Konkol for Riot Games.

Still, Rogue’s European project is tied to its US counterpart, and has guidelines to follow when it comes to building the identity. Founder Frank Villareal often shares in-depth ideas about how to grow Rogue’s name. “It’s always really fun to have these conversations about where we want to take the brand,” Baumann says. “For us, it’s very, very important to keep this authentic core of what Rogue means to being a gamer. We believe in our core audience, which is a hardcore gamer that loves to compete.”

Of course, Baumann also tries to learn lessons from rivalling esports teams when it comes to building an esports brand in Europe. But she doesn’t always get her way. “Our head of marketing, Tien Ho, has a unique vision of what he wants to do. He usually fights me in every meeting when I say ‘hey look at this content’ when I find something really interesting,” she says laughingly.

Rogue is part of ReKTGlobal, an esports conglomerate with Call of Duty League competitors London Royal Ravens as another notable part of its portfolio. Being part of ReKTGlobal brings an advantage Baumann is set on utilizing to its maximum potential: it has some very well-known investors. Music artists Steve Aoki, Nicky Romero, and Imagine Dragons all have stakes in the company. So far, the relationship has mostly resulted in the artists’ music being of support to content produced by Rogue.

It still is a professional partnership in the end. “Of course it doesn’t work as it would be among friends where you’d just go and say: ‘Hey, can we use your song?’ and they say: ‘Yeah sure, that’s ok.’” A price still has to be paid for using the music of the artists, and an appearance fee still very much exists for a hypothetical meet-and-greet. Nevertheless, the content is far more accessible to Rogue than it is to other esports teams, Baumann notes: “Due to our business connection we are able to negotiate good rates.”

Baumann is convinced that Rogue and its creative partners can use the partnership in symbiosis for much more than just producing a cool video or two. Not only that, she thinks it’s integral to the success of the partnership: “We’re able to work with music talent who are really passionate about gaming and who can bring content to life. That is so, so important when you talk to your fans.” She continues: “What’s really important for us is that we do it in an authentic, embracing way. This is what every esports fan loves. Fortunately, we found investors who are really into that too.”

Due to the coronavirus, some projects have been delayed a bit. But Baumann assures that, in the near future, new content will be revealed that has the Rogue players interacting more directly with the music artists. “I believe that is really exciting, because you introduce music stars to a new layer of fans: gamers. But you also help our players to position themselves in a completely new and exciting way.”

Our Rainbow 6 team had a blast for a good cause at @steveaoki’s Aoki Olympics put on by the @AokiFoundation last night! 💙 #GoRogue pic.twitter.com/Vt2ocT38Pn

The long, long path ahead

For Rogue, the adventure in Europe has only just begun. With a small team—25 people in total, including the ten players—Baumann is tinkering away at the project: “We want to be up to par with Fnatic and G2, but it’s also important to remind everyone that, in our development as a company, we’re just still very young.” With such a small team, there’s a danger that those that are involved get too much on their plate. Crunch hours are, unfortunately, a common phenomenon in the gaming industry. But Baumann understands that her project is a long-term one, and manages her office accordingly: “It’s really important for us that we scale sustainably, and that it’s in a good proportion to where the business is.”

“I think it’s really important to stay close to your employees and really hit the brake when it gets too much. That’s a learning process as well for everybody here,” Baumann notes. She adds: “Everybody here works hard and a lot. But we want to crank out fantastic content not only for the next two weeks, but for the entire year and beyond that. For that to work, everybody needs to remain in a healthy and balanced state.” 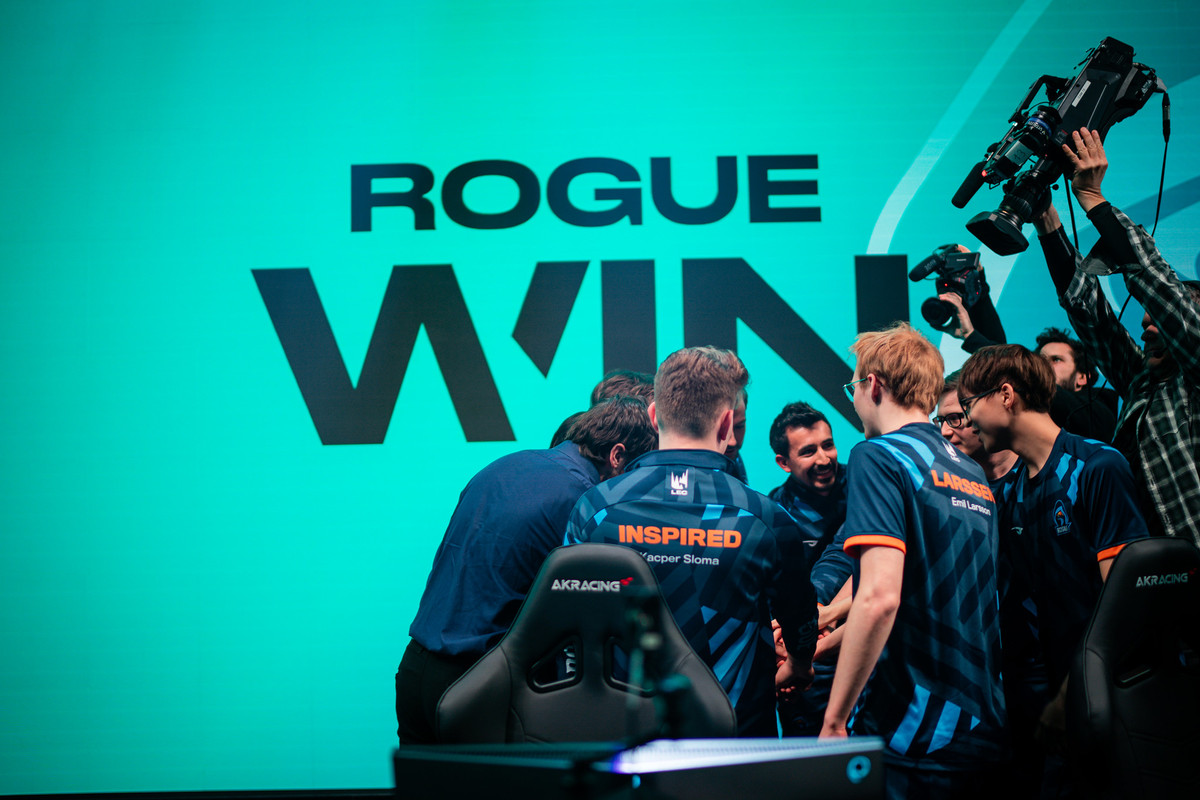 Rogue are on the right track for a ticket to the LoL World Championship this year. Photo via Michal Konkol for Riot Games.

As for that long-term vision, Baumann clearly has one: “I think, five years from now, we’re one of the leading esports brands.” Already Rogue are bringing over their Rainbow Six Siege team to Europe, expanding their operation. New, potentially big esports titles are constantly followed to determine if they’re worth committing to.

Currently, Rogue seem to be on track with their goals. A successful team in the LEC, a talent-generating academy team, and a brand people are getting comfortable with. However, esports is an unpredictable industry. For Baumann, though, that’s even more of a driving factor. “I think what’s so exciting to imagine about esports, is that five years into the future esports might look like something from a science fiction movie,” she says. Of course, if it’s up to Baumann, Rogue will be at the forefront of bringing that entertainment to the fans soon: “I see us interacting closely with the fans in a really exciting way. What we’re doing here is cutting edge. We’re gonna give fans experiences with our content that you won’t see anywhere else.”