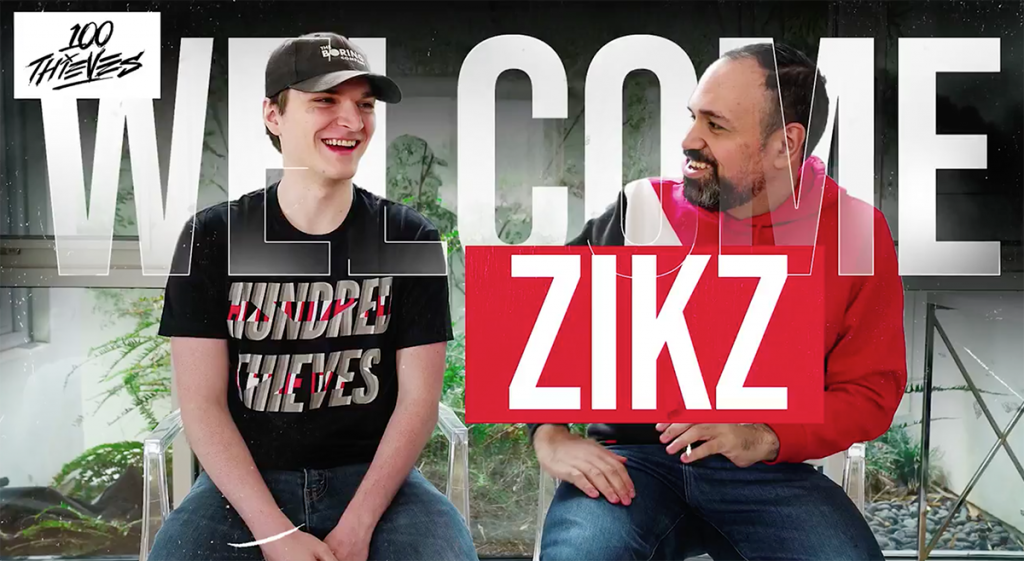 100 Thieves have announced the hiring of former TSM League of Legends head coach Tony “Zikz” Gray to the same position for the 2020 season. Zikz joins a team in transition as Christopher “PapaSmithy” Smith continues to rebuild the team after his arrival as General Manager.

“Pretty early on, we identified that we wanted to go in a new direction when it came to coaching staff,” PapaSmithy said. “I got my first choice in coach.”

What roster Zikz will have to work with in 2020 remains to be seen. The contracts of mid laner Yoo “Ryu” Sang-wook and support Zaqueri “aphromoo” Black expire next week, and jungler Maurice “Amazing” Stückenschneider announced he is exploring new opportunities via Twitter.

100 Thieves has allowed me to explore my options for 2020. I enjoyed my time there and was happy about the amount of enthusiasm everyone brought to the table despite a rough season – I always felt supported. Also special thanks to @pr0lly for having the guts to bring me in!

That leaves mid laner Max “Soligo” Soong, bot laner Bae “Bang” Jun-sik, and top laners Aaron “FakeGod” Lee and Kim “Ssumday” Chan-ho as the only players under contract. Bang and Ssumday will use up both import slots if 100T intends to use both in their starting lineup.

100 Thieves are coming off a disappointing 2018 season that led them to part ways with former coach Neil “pr0lly” Hammad. 100T missed the playoffs in both splits, a great fall from their 2017 debut season in which they finished first in the Spring regular season and qualified for the 2017 World Championship.

Zikz moves on to his third team in three years. After working at Counter Logic Gaming as an analyst and coach from 2014 to 2018, Zikz joined TSM for the Spring Season in 2019.

The team had mixed results. TSM came within one game of unseating Team Liquid in the Spring Season and looked to be on the rise, only to finish a pedestrian 10-8 in the Summer Season. A loss in the first round of the playoffs and failure to qualify for the 2019 World Championship led to a parting of ways for 2020.

“I think one of the biggest reasons why I decided to make this move was within TSM I didn’t feel a very, very strong alignment,” Zikz said. He called the move to 100 Thieves “a very easy decision to make.”

“For the 2020 season, I’m super excited to finally be joining 100 Thieves. I feel like I’ll be here for a very, very long time. I can definitely see myself and Papa working together for years to come.”