What Attending the 2019 World Championship Group Stage Was Like 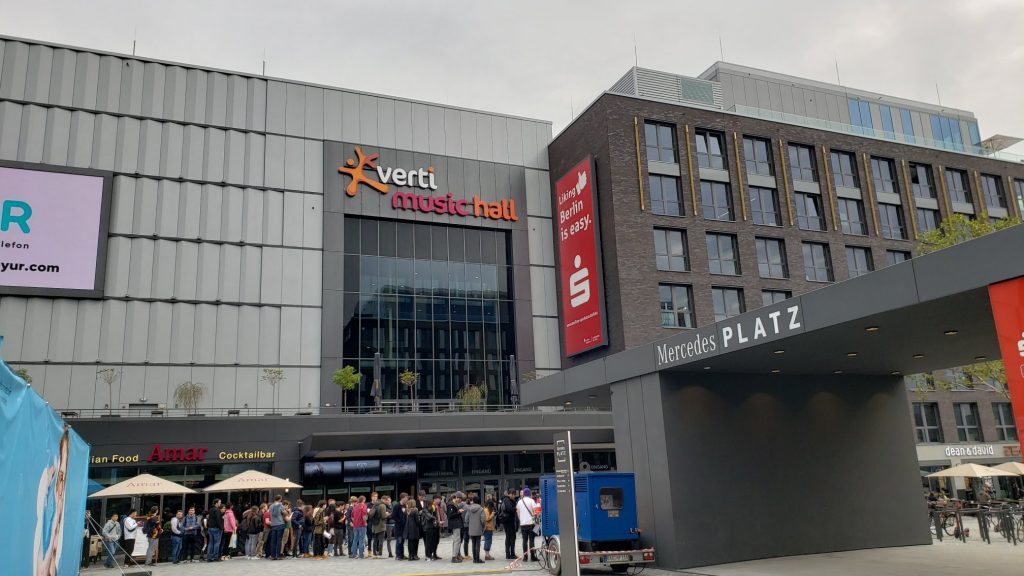 The Verti Music Hall in Berlin, Germany played host to the Group Stage for the LoL Worlds 2019. (Image by Nick Ray)

From October 12-20, the 2019 League of Legends World Championship took over the Verti Music Hall in Berlin, Germany for the Main Group Stage. Mercedez Platz was transformed into a vibrant hub of League of Legends esports fandom as people from around the globe gathered to support their favorite teams.

Opportunities to attend Worlds are few and far between, but you won’t have to worry about missing out on the fun. Luckily, Nick Ray was onsite for Hotspawn to capture it all.  From the venue itself to the crowd and events, we’ll help you relive the Worlds 2019 Group Stage fan experience. 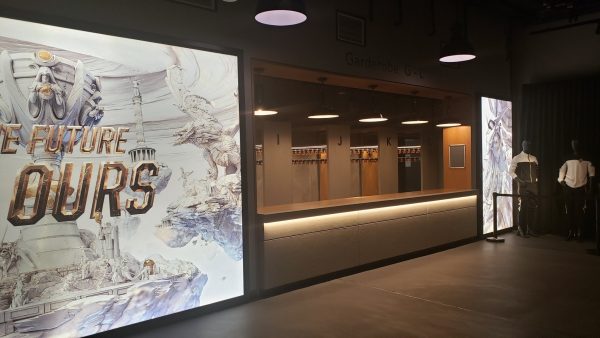 Every day of groups begins with a huge congregation of fans patiently awaiting entry into the music hall. The festivities don’t begin until around 2:30 p.m. CEST, but there are plenty of other things going on to keep people busy until then, including a large variety of restaurants.

Around the corner of the entrance of the music hall lies the official Riot Games merchandise table. There, fans can purchase exclusive World Championship 2019 merch and some collectible items that are already available online. Worlds hoodies, K/DA Akali statues and other small collectibles were just a few of the things available.

If spending money wasn’t your thing, throughout week one of groups, various teams set up shop on the second floor of the arena to hand out free swag. FunPlus Phoenix, G2 Esports, Fnatic, Royal Never Give Up, Griffin and DAMWON Gaming gave away small items like flags, wristbands, souvenir bags and more.

Out of all of the teams present, G2 and Fnatic stepped up the most to provide fans with a unique experience through community engagement. G2 held a viewing party in partnership with Domino’s Pizza at their offices, while Fnatic took over the area around the venue to hold various events.

are really hungry to come back”

In celebration of their recent collaboration with Cloud9, Fnatic set up a pop-up shop across the street from the venue. There you could buy both Fnatic and Cloud9 merch, including their new limited edition hoodie. On top of that, a PC station was set up off to the side for people to play League with each other on.

On October 18, Fnatic held a speed dating event at the same location as their shop. Those who RSVP’d could help themselves to free beer while going around the room and briefly meeting different fans of the team. Each person was provided a set of questions related to League of Legends, and once the timer was up, they would rate their partner and exchange summoner names. 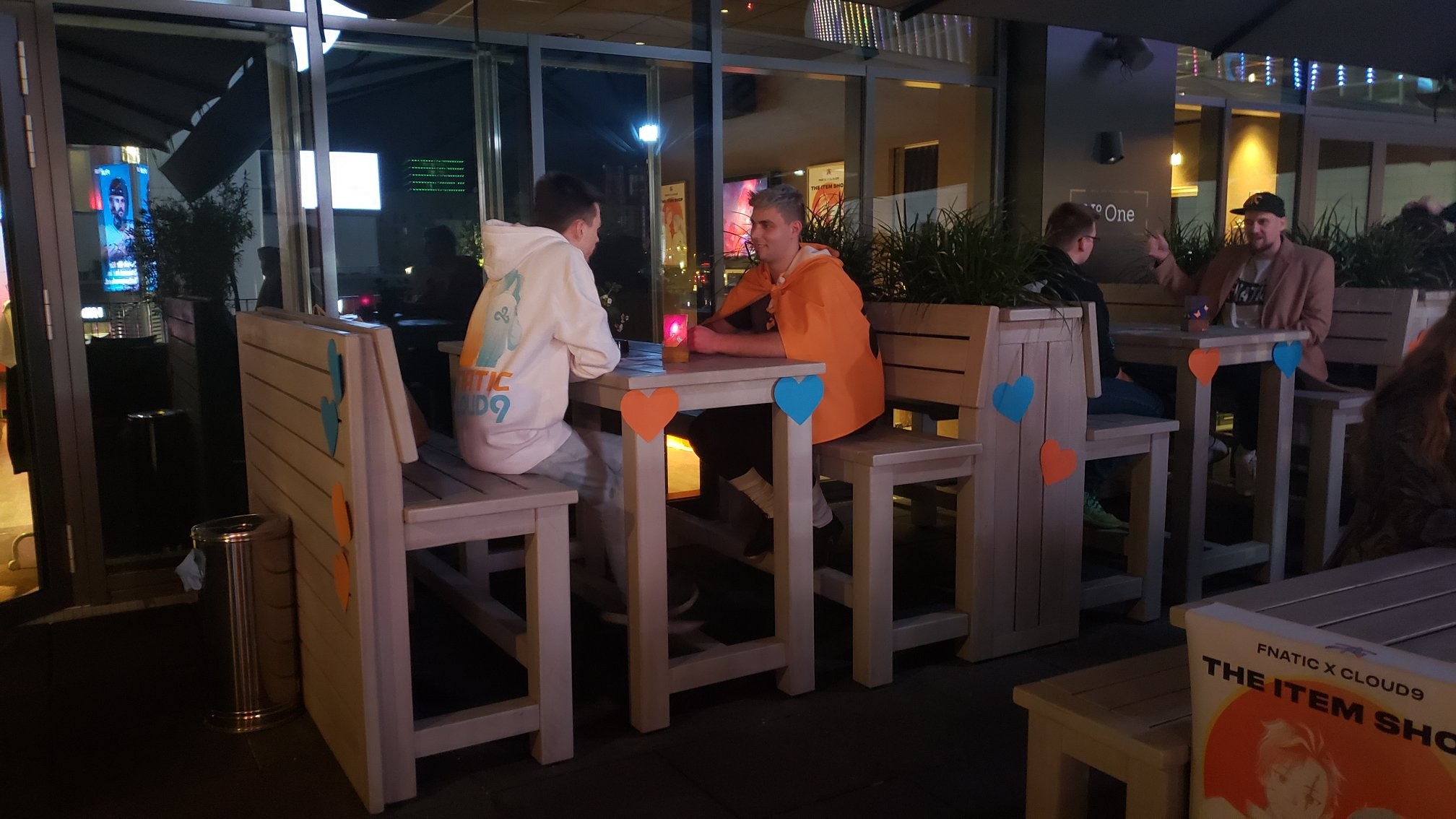 “You never know if someone’s an esports fan so it’s cool to meet like-minded people at events like these,” said one fan who’d traveled from the Netherlands.

We weren’t allowed to sit in the regular seating area indoors, but we were able to catch some fans outside of the venue to hear how they were enjoying the event. A group of longtime G2 fans traveled from countries like Switzerland, Finland and Poland to cheer G2 on. Their custom T-shirts were so popular, even Rasmus “Caps” Winther’s dad stopped them for a quick video. 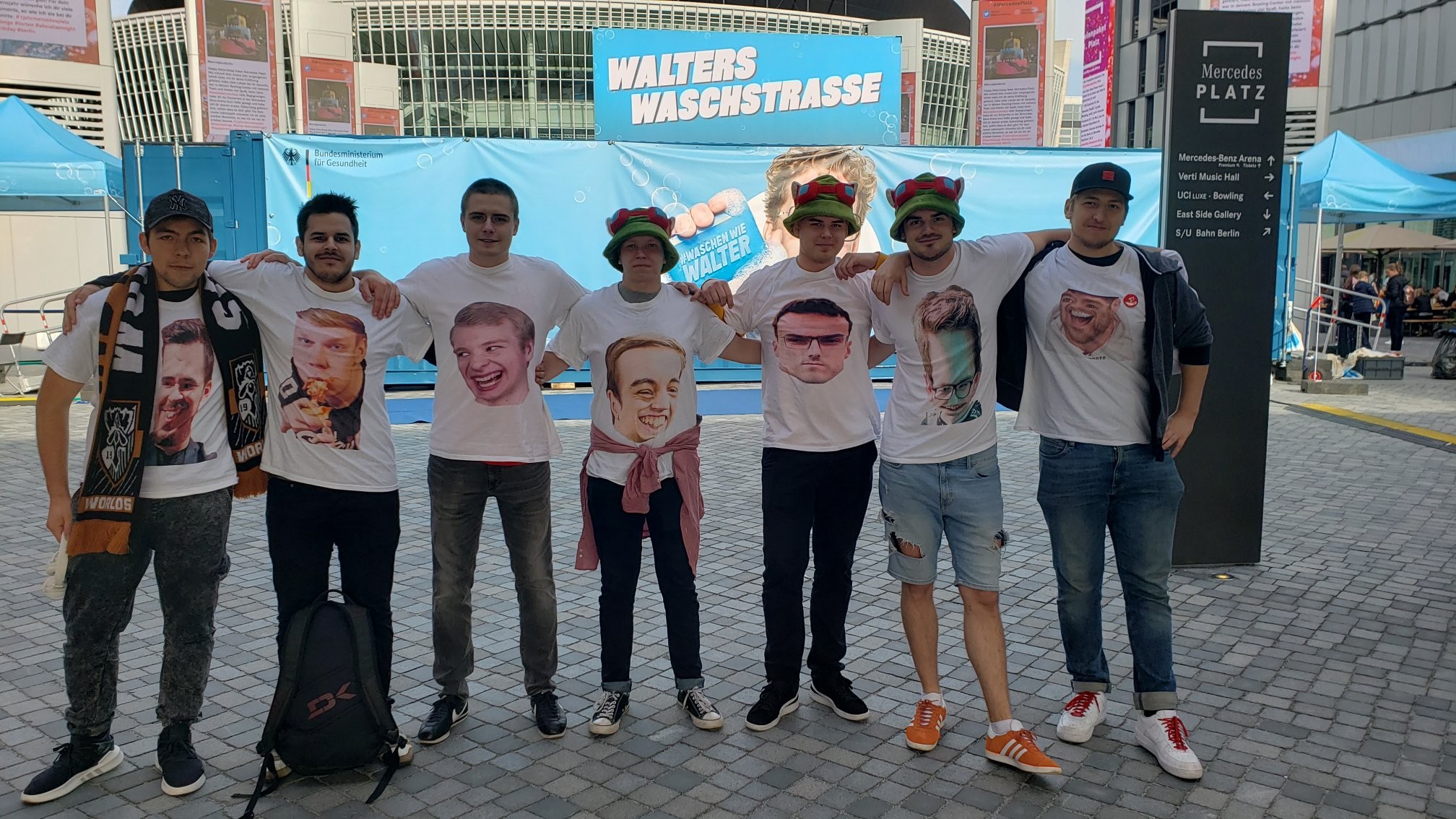 “I’ve been a fan of [Carlos] Ocelote [Rodriguez] since he was with SK Gaming,” one of the fans mentioned. “I’ve been to a couple of LEC games and some international ones too.”

When asked how they’d been enjoying Worlds so far, they had nothing but good things to say about the ent. Despite having to cover such a long distance to get there, the opportunity to watch their favorite European team play in the biggest tournament of the year was one they couldn’t afford to pass up.

It’s been four years since the World Championship was last held in Europe, and it will probably at least that many years before it returns. The European fans showed up in droves and jumped at the chance to be a part of the action, and Riot and the participating teams made sure they wouldn’t leave disappointed.