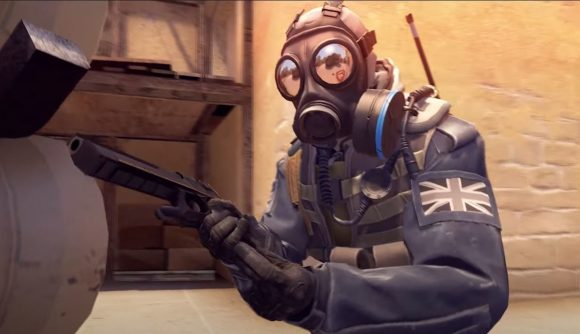 Valve shipped a series of updates to Counter-Strike: Global Offensive Friday which saw refinements to Vertigo, Train, and the Desert Eagle handgun.

After being enlisted into the active duty map pool in March 2019, Vertigo has received continued attention from developers to meet the demands of its playerbase. Vertigo’s B site saw a majority of the design overhaul; this included adjusting the connector from B halls and tightening the T stairs. Much of the site itself has been reworked to feature a new layout; with so much of Vertigo’s key real estate being altered, players will definitely want to hop in a server and feel out the changes themselves.

Train has also seen a series of changes in the latest CS:GO update. This included new collision models on the dumpsters that previously negated bullets outside its visual display. Valve relocated the pigeons sometimes found on Ivy so that they are no longer visible from the CT side; this previously tipped-off players when a Terrorist was in the area, and thus has been resolved. Smaller graphical fixes were also shipped for Train in the patch.

Valve additionally shipped an experimental update centered around it’s duo playlist, Wingman. The update will now see players spawn in a 1v1 arena during the Warmup when playing the Wingman mode on Vertigo and Train.

The Desert Eagle, occasionally referred to as the ‘Deagle’, was dealt a nerf in the latest update. Valve’s April 10th patch most notably addressed concerns over the SG553’s power and price point, but also delivered an unwanted buff to the Deagle. A lofty increase in the Deagle’s jumping accuracy made for some montage-like highlights, but was far outside the scope of what the Counter-Strike meta needed. Valve seemed to hear this feedback and acted quicker than usual as they noted a decrease in the Deagle’s “jump apex” accuracy in Friday’s changelog.

Minor revisions to user interface and several new music kits were also delivered in the April 16 update. You can view the entire changelog here.