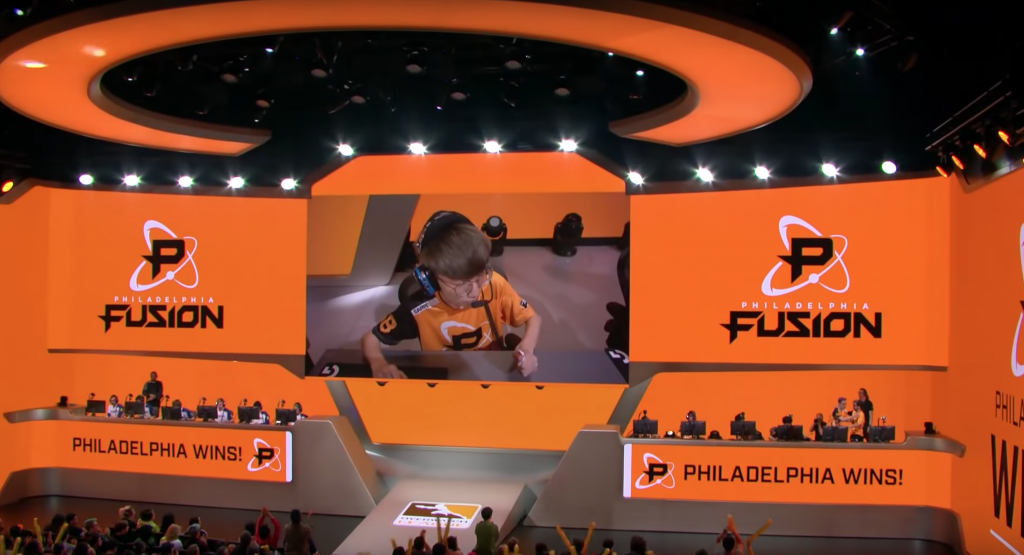 Competitive esports have been around for over 20 years, but the spotlight has only shown off a tip of the iceberg. With hundreds of genres, thousands of games, and millions of hours of gameplay footage to go through, it is impossible to find the absolute best plays of all time. One of the best things about video games is that one play can change the entire industry.

Tournaments and competitions are where Gods are crowned over unsuccessful and potentially salty opponents. Hundreds of thousands of viewers tune in to watch these players perform their craft along with the hundreds and/or thousands that are in attendance. One player or team can walk out the venue feeling on top of the world while another can feel like they hit rock bottom. The weekend is where champions are crowned and losers are sent packing.

ESL One Cologne is where legends are born, as the top teams compete to take home bragging rights and a handsomely large check. Oleksandr “s1mple” Kostyliev pulled off, arguably, one of the best clutch plays Esports has ever seen. Not only did s1mple stamp his place in history, but he set the community on fire.

The play came together as s1mple was in a 1v2 situation against Team Liquid’s Dennis “dennis” Edman and Freddy “KRiMZ” Johansson. The best of 3 matchup was at round 14 out of 30 and it was a key round that Fnatic needed to secure. S1mple approached his enemies from the vent as dennis waited from below and KRiMZ was right across the way. Simply put, s1mple was pinched. S1mple pulled the play of a lifetime as he dropped from the vent directly in front of dennis to noscope him with the AWP. In a split second, s1mple then managed to noscope KRiMZ to win the round.

Watch the career-defining shots below:

Remember how I said that ESL One Cologne is where legends are born? 2014 was the year we saw the rise of the guardian angel Olof “olofmeister” Kajbjer. Olofmeister and his Fnatic squad were up against Team Dignitas in a best of three series.

The score was 14-14 and the match was tight as Dignitas planted the bomb. Fnatic used grenades to clear the bomb site, even if only momentarily, which gave olofmeister time to try for a defuse. He ran into the site and started to defuse, only to be met by a Molotov as flames engulfed his body. Olofmeister held his ground and defused the bomb milliseconds before he dropped to the floor with zero HP.

Check out the hot play below:

Evil Genius’ Echo Slam vs. CDEC at The International 5

Evil Genius’ Echo Slam has been known around the industry as the most expensive play in all of esports, due to the fact at the combination earned them a sweet $6.6 million. The expertly concocted, yet highly improbable play was one for the record books. If you want to see how to perfectly combine abilities, spells, and damage to create an apocalyptic attack, then pay attention: Evil Genius’ have something to teach you.

In The International 5, China’s CDEC had already picked off one player from the Evil Genius squad, so they figured it would be the perfect time to attack Roshan. If Roshan falls, each player is granted gold and experience. Defeating Roshan is a great strategy to give heroes that last burst of experience needed to push against the enemy team. Evil Geniuses decided that they wanted Roshan all to themselves, so they rushed into the pit to destroy four of the five CDEC players.

Evil Geniuses used Earthshaker’s Echo Slam, which deals damage as a wave across the ground but also multiplies with each additional hero caught within the attack. Evil Genuis’ triggered the play right at the perfect time in order to impact the entire enemy team. In combination with support abilities, the Chinese team was sent packing as they were all effected by stun damage and they were stuck within the burning magma that comes with Echo Slam. Only one player from CDEC escaped, but the damage was done. Evil Genius won the match and championship.

See the 6 Million Dollar Slam for yourself:

Considered the best backdoor in League of Legends history, xPeke has held the crown since 2013. League of Legends is always changing and evolving through metas, nerfs, and buffs but xPeke made sure he would never be forgotten.

During the finals at IEM Katowice 2013, Fnatic was facing off against SK Gaming. Fnatic lost a teamfight and was retreating back towards their base was SK Gaming was rushing to their nexus. As xPeke’s teammates rushed back to defend and heal, he stayed behind enemy lines. Pulling off the best backdoor anybody has ever seen, xPeke managed to dodge incoming skillshots by riftwalking around the Nexus. As xPeke dodged and chipped at the nexus, he managed to win the game with less than ¼ of his HP.

When a player damn-near perfects a champion’s ability, it can be a very scary situation for the enemy squad. ROX Tiger’s Jong-in “PraY” Kim had pulled off a cross-map arrow kill for a game win earlier in the season, but this was in the back of SK Telecom T1’s minds. Nobody would expect PraY to pull it off again, especially at Worlds.

SK Telecom T1’s top laner Ho-Seong “Duke” Lee noticed there was a split-push incoming, and he would need to teleport in order to save the game. Right before Duke started his teleport, PraY fired his crystalline arrow from across the map from the blue base all the way to the red side’s bottom lane tower. Pray’s arrow made contact with Duke in the middle of his spell, which interrupted the cast. This Crystalline arrow play helped his team finish off SK Telecom T1 to even the series at Worlds.

See the God-like play for yourself:

Tom “Ogre2” Ryan has been hailed the king of console esports and the G.O.A.T. of the entire Halo franchise. Ogre2’s career spans multiple games, but ultimately he is known for his run as the greatest Halo player of all time from 2003-2016. He secured his future by winning over 40 console LAN tournaments and becoming one of the first esports athletes to be sponsored under Red Bull.

It is impossible to pick one play by Ogre2, as his 13-year career has been filled with highlight and montage worthy clips. Ogre2 was a player who was not focused on the one-man plays but rather would play for the win. At MLG Raleigh in 2016, Ogre2’s Final Boss team was against Instinct in the finals. Final Boss tossed the flag making time for them to set up a play, and blocking Instinct from scoring. Instinct’s Cloud was below on the point with the flag waiting for it to clear, when Ogre2 approached from above. Cloud was forced into a pinched position as he turned to take on Ogre2. Cloud was smacked down, and Ogre2 ran the flag for a point.

Peep the bait-and-switch below:

Optic was founded thanks to Call of Duty, and the franchise still, arguably, holds up the organization. Back in the Wild Wild West days of Youtube trickshotters and snipers ruled the gaming sphere or the social platform, which is where Optic hailed.

During the COD Championships, we saw Optic face Complexity. These two organizations held a rivalry for quite some time, as they were often evenly matched. In game two, round 11, the teams played search and destroy on Freight, and Optic pulled off a surprising play. Nadeshot made the call to four-man push directly to red. Optic cleaned up each of the four Complexity players which tied up the series 1-1.

Check out the gutsy play below:

Justin “JWongg” Wong has been known to be a top three player in fighters. He has won more Evolution Championship Series titles than anybody else, and those wins span across eight different games.

Jwong stomped his opponents in Marvel Vs. Capcom 2, but could not find the same stride. He had not won an EVO Championship since 2010, and he was hungry for more. In the grand finals, JWong found himself up against one of his rivals ChrisG. JWong took home the win as he surprised his opponent by selecting Storm. He had not used Storm within the upcoming months to EVO, as he often preferred Wolverine. Justin’s pick and win lead to a new movement of “pocket picks”. Pocket picks are when a player selects a character that other’s do not know they are efficient at.

See Justin “roll” into the win below:

2018 was the first year we saw the professional Overwatch League come to life as teams from around the world fought for the first ever OWL Championship. There were impressive plays all season, but specifically, I want to talk about Philadelphia Fusion’s Lee “Carpe” Jae-hyeok.

Carpe and the Fusion were fighting against the Boston Uprising to start up the first stage of the playoffs. The Fusion captured the point and managed to hold 99% until Boston made a strong push to take back control in overtime. Carpe made his way around back for a flank of a lifetime. With his Widowmaker accuracy, Carpe managed to clear the point and claim the extra one percent for the map win.

Witness Carpe pop-off for yourself:

In a game where two of the best players are pitted against each other, there can only be one that walks away victorious. At the time we saw StarCraft’s best players Dream and Life face off against a series of a lifetime, but Dream walked away with the win.

At the time Life was the best player as he just came off of wins at BlizzCon and IEM Taipei. The younger prodigy, Dream, was looking to make a name for himself. Dream managed to control his units and out-counter Life. It was a close match, but Dream walked away satisfied as he ended Life’s reign over the StarCraft community. Dream helped pave the way for newcomers to overcome the legends. The way he handled his nerves and outplayed the best was inspirational to esports athletes around the world.

Watch the series of a lifetime:

Call of Duty Counter-Strike: Global Offensive Dota 2 League of Legends Other Overwatch
Share
Amanda Zelauskas
Amanda has been a gamer ever since she could wrap her fingers around a controller. Her experiences in the gaming industry range from professional competition participation, corporate marketing, all the way to video game reviews. Amanda's entire life has been dedicated to video games, and now her passion is to share her stories and experiences with readers from around the world! Amanda has previously written for Newegg's Gamecrate, ZAM, and Knowtechie.