The State of the AUG in CSGO 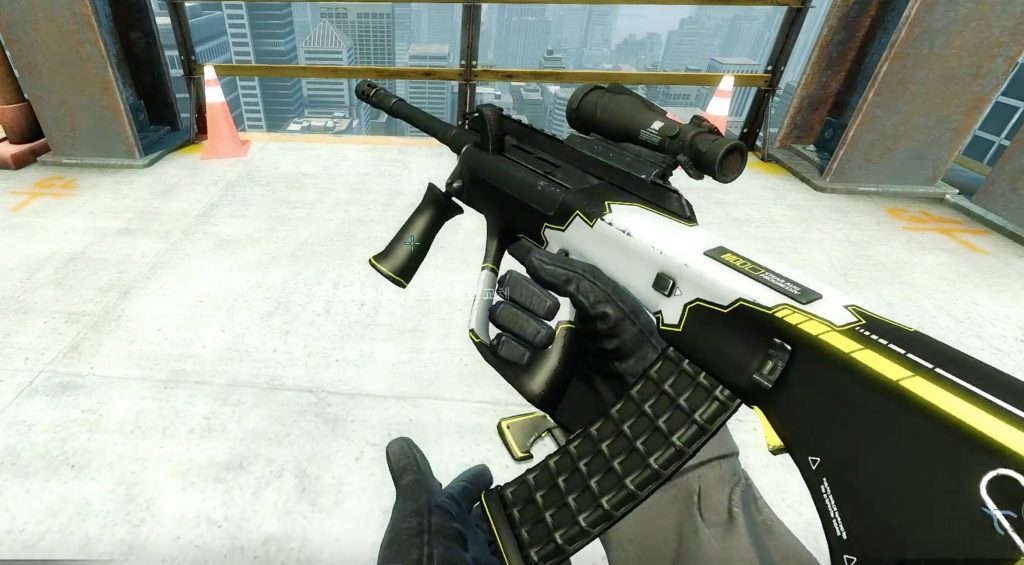 We break down how the AUG has began acclimating itself into competitive play since its refashioning through the October 2018 update.

The 2019 October update was one of Counter-Strike’s most contentious – onsetting rifts of debate, discussion, and study as a result of its implications on the competitive meta. At first, the attention from the patch was drawn towards the shift in economy, which increased the opening round losing bonus from $1,400 to $1,900, one item has resurfaced back into the conversation – the AUG.

The Austrian rifle has held a slot on the buy menu in Counter-Strike since 1.6, serving as a scoped alternative to the more commonly used M4; however, it wasn’t until after the October update where the price of the AUG was reduced from $3,300 to $3,150 that we started to see the rifle being field-tested among the competitive community. While initially the adjustment in price was primarily overlooked, the AUG has since made a staggering amount of appearances in professional outings. Let’s break down how this weapon has begun acclimating itself into competitive play since its refashioning through the update.

The price is the best place to start since it was the only change made to the weapon following the update and its primary reason for being explored competitively. Though the difference of $150 may seem minuscule, that money may be allocated better in the larger scheme of winning a map; putting those funds towards a potentially game-changing piece of utility able to swing a critical kill or two had previously outweighed the contrast between the AUG and the M4.

With the refinancing of the AUG however, the weapon is priced at just $50 more than its counterpart – a nominally small fee to spend for its benefits. With the price difference being markedly narrowed, there is far less of an emphasis on impacting your team’s economy – justifying the expense and cushioning the blow on the bank.

Assuming money wasn’t an object, let’s get into the true technical distinctions between these two rifles.

Understanding and learning recoil compensation is one of the most important elements of Counter-Strike. Though it can be extremely difficult to master, practicing these techniques repeatedly will help to improve them over time and make for better accuracy.

Recoil patterns vary between automatic rifles in Counter-Strike, making proficiency with each weapon a cumbersome task of its own. The M4 and AUG happen to share similar recoil patterns – the AUG, featuring a slightly more vertical, yet tighter spread overall.

Examining the image above, the AUG’s recoil is a bit more uniform than that of the M4; the tighter spread makes for a smoother vertical climb while the end of the spray will naturally be a bit trickier to control. Whether a supporter of one weapon or the other, the similar pattern is something that makes alternating between the two a smooth process.

One cut-and-dry quality of the AUG is that it’s reload speed is significantly longer than the M4. The M4’s reload time is approximately 3.1 seconds compared to the AUG which takes 3.8 seconds to reload. To put that into perspective, the AUG actually has a longer reload time than the AWP.

The prolonged reload duration is a fairly noteworthy attribute when comparing the AUG to its predecessor. Again, though the disparity may seem slight, first-person shooters are generally games that come down to seconds or fractions of them. In the AUG’s defense, this is a weapon meant to be used at range – thus, getting caught magazine in-hand is presumably less likely than you’d imagine.

It may or may not be common knowledge that when you shoot in Counter-Strike your bullets don’t go exactly where you are aiming, there is some deviation to it – this is known as the spread.

As demonstrated in the image above, the AUG has an overall tighter and more superior spread than the M4. While the AUG excels slightly in this category, the variation shouldn’t be a deciding factor as both weapons have acceptable spreads; when factoring in damage drop-off, neither weapon will be able to ‘one-tap’ from long distances making the modest edge meager – that is, until you factor in the scope.

The one, clear cut difference between these two is that the AUG features a scope; the scope provides a 1.5x optical zoom and substantially reduces recoil and spread, allowing firing to be far more precise. This is truly where the AUG excels in relation to the M4.

The CT-side specifically can be heavily reliant on holding long angles where your opponents may be trying to push across. With the dramatic increase in precision, while using the scope, the AUG gives a lofty advantage to players utilizing the weapon at range.

The most obvious downside to using the scope is that it reduces a players field of view when engaged. In addition, movement speed will be moderately decreased while scoped-in.

Quite frankly, damage is everything in Counter-Strike when your objective is to eliminate the opposing team. Looking at the damage output for both weapons, you’ll notice some contrariety between the two.

(Image courtesy of The Reload Podcast)

To break it down, the M4 does more base damage against unarmored players while the AUG has a higher armor-penetration. A headshot with the AUG at close range is lethal for players wearing head armor whereas the M4 is not.

Even after factoring in damage drop-off when firing at a distance, the well-roundedness of the AUG makes it superior in this category. With that being said, there will be a specific range and onward in which the M4 is more dominant due to the increased base damage – but again, only against unarmored players.

Though damage output between the two is certainly comparable, the AUG generates an extra bit of firepower that is hard to turn down.

What has made the debate over the scoped rifles such a compelling discussion is the versatility of these weapons.

Though the AUG is praised for its use at range, employing the rifle from close to medium distances [as you would with the M4] poses minimal discrepancies. Factoring in recoil, rate of fire, spread and damage, the AUG can clearly rival the M4 in all circumstances.

Reverting back to the optical zoom, the AUG enables players wanting to play the longer range angles using this quality while simultaneously giving them the freedom to take up-close and personal gunfights. Holding deep angles on maps like Train or Dust ll are typically most effective using an AWP, though, this severally constricts the viability of a player finding themselves in close quarter-combat.

Once you consider the flexibility of the AUG and how functional it is across many different in-game contexts you can truly appreciate its beauty. Though we won’t definitively say one is better than the other, ex-professional Counter-Strike player and commentator, Erik “DaBears” Stromberg, summed it up quite nicely on an episode of The Reload Podcast in saying “The AUG is king.”.