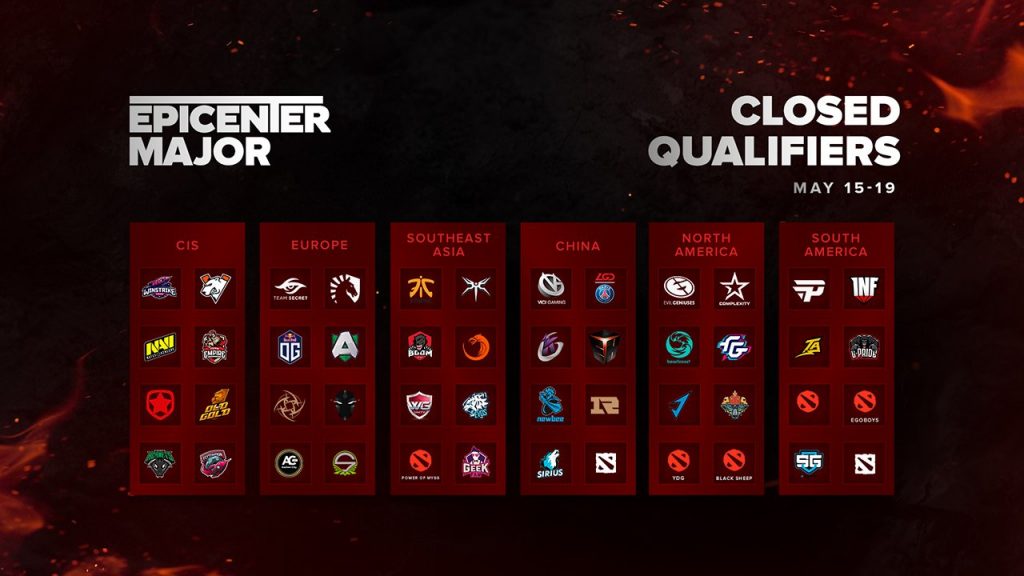 Over the past five days, fourteen teams succeeded in qualifying for the EPICENTER Major 2019, the last Dota 2 event on this year's circuit.

Over the past five days, fourteen teams succeeded in qualifying for the EPICENTER Major 2019, the last Dota 2 event on this year’s circuit. An additional two will qualify through placement at the StarLadder Ukraine Minor, bringing EPICENTER’s total team roster up to 16.

The $1,000,000 USD tournament will finalize the direct invitations to The International 9. Of the fourteen teams already qualified, seven have already acquired enough Dota 2 Pro Circuit points to secure their TI9 invitation. Another two sit within the top twelve. If any of Gambit Esports, paiN Gaming and Forward Gaming finish in the top-eight, they would bump EHOME out of twelfth place, and get the final TI9 invitation. Infamous and Royal Never Give Up would each need a top-six finish to nab invitations.

There were very few surprises in the qualifiers. In the CIS region, Gambit Esports won the first spot by being the top-performing team in the group stage, ahead of Virtus.pro, and the same happened in North America, with Forward Gaming qualifying first, ahead of Evil Geniuses.

Perhaps the biggest surprise is that none of the top teams opted to sit out of the final set of DPC events. With invitations to TI9 in hand, these teams don’t need to attend the event at this point. Granted, there’s something to be said for having the chance to compete at a high-level heading into The International 9.

The complete list of teams that have qualified so far is:

The qualifiers ran from May 15-19 and were covered by selected winners of the first round of EPICENTER’s caster contest. The winner of this second round will help cover the group stage of the tournament. The main event will take place on June 22-30, in Moscow, Russia.

Up next? The qualifiers for the StarLadder Minor will run from May 21-24. Two spots at the Minor are available for Europe and for China, with one for each of the remaining four regions.