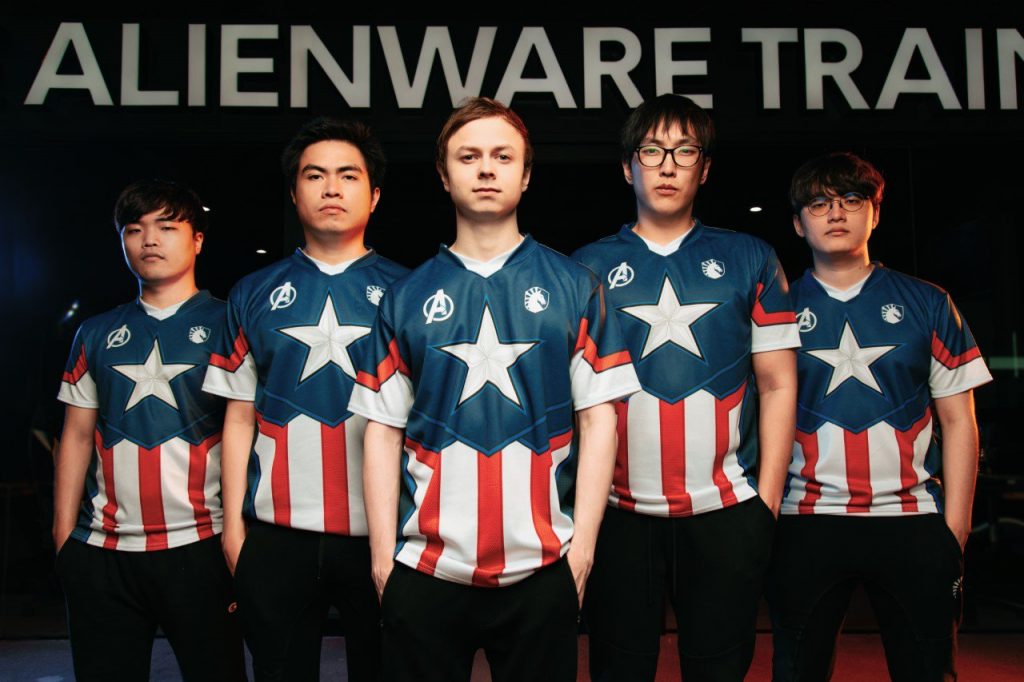 Team Liquid will don jerseys with a Marvel theme at Rift Rivals. (Image via @MarvelGames / Twitter)

Debuting one of the most heroic partnerships set to hit esports, Team Liquid’s League of Legends team will be donning a new jersey as they take the Rift Rivals stage today. Team Liquid has partnered with Marvel to create a new custom jersey that will feature America’s most beloved superhero: Captain America. America’s most patriotic superhero will be following Team Liquid into battle and will hopefully help the boys in red, white and blue win the NA/EU Rift Rivals.

League of Legends is no stranger to the Marvel universe. League partnered with Marvel back in December 2018 to create a comic series on one of League’s most popular champions, Ashe. It’s reception led to a second series that was published earlier this year, this time focusing on the journey of League of Legends champion Lux. At the time of the comics’ announcement, Marvel’s partnership with League of Legends was branded as a rare cross-over but it’s clear that the comics were just the beginning for these two titans.

Team Liquid has finally answered the age-old question of who will wield the shield. The partnership is for one year, so look forward to further collaboration between the two!

League of Legends
Share
Gillian Linscott
Gillian is Hotspawn's Communication Manager. She is also a lifelong gamer with a habit of getting distracted by random side quests, falling in love with fictional video game characters and forever buying wards as a position 5 in Dota 2. You can normally find her watching far too many Twitch streams to be human and rambling about esports community issues with a cup of coffee in hand.
Follow me