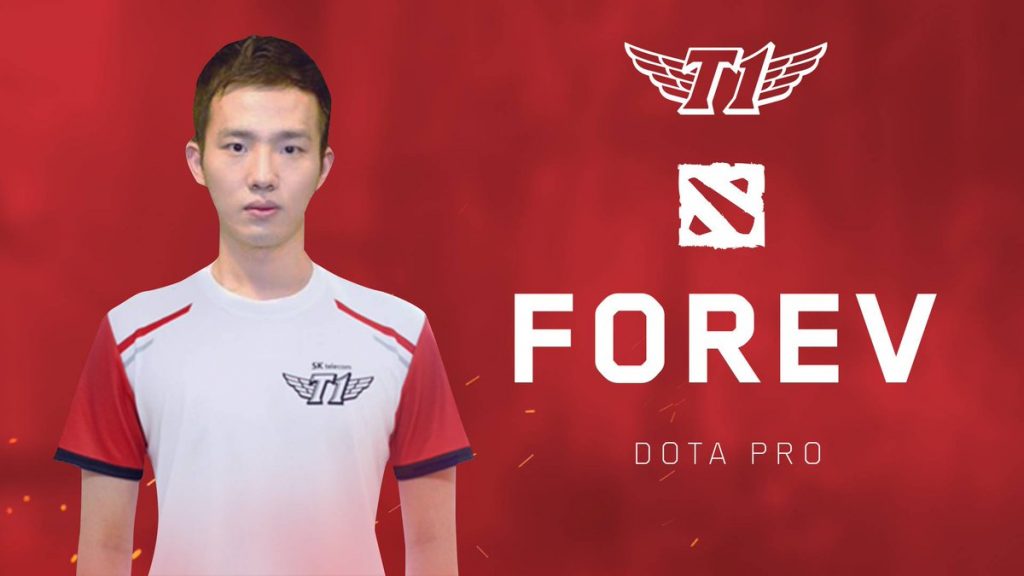 T1 Entertainment and Sports, an esports organization formed by SK Telecom and Comcast Spectacor, have announced they will enter Dota 2.

The organization, best known for SK Telecom T1, their Korean League of Legends squad, has players active in battle royale titles such as  Fortnite, PUBG and Apex Legends, as well as Super Smash Brothers and Hearthstone.

Their announcement about entering Dota 2 included the first player on their squad: Lee “Forev” Sang-don.

Forev is an offlaner who most recently competed with Team Jinesbrus and J.Storm. His best performance at The International came in 2016 when he competed on MVP Pheonix. That team finished fifth-sixth place.

The announcement comes during The International 2019. We expect new rosters to form in the wake of TI; the afterparty for the event is often seen as a key component of the new season roster shuffle, though it’s obvious some players have already begun planning for the 2019-2020 season. Hotspawn will continue to report as new roster information becomes available.