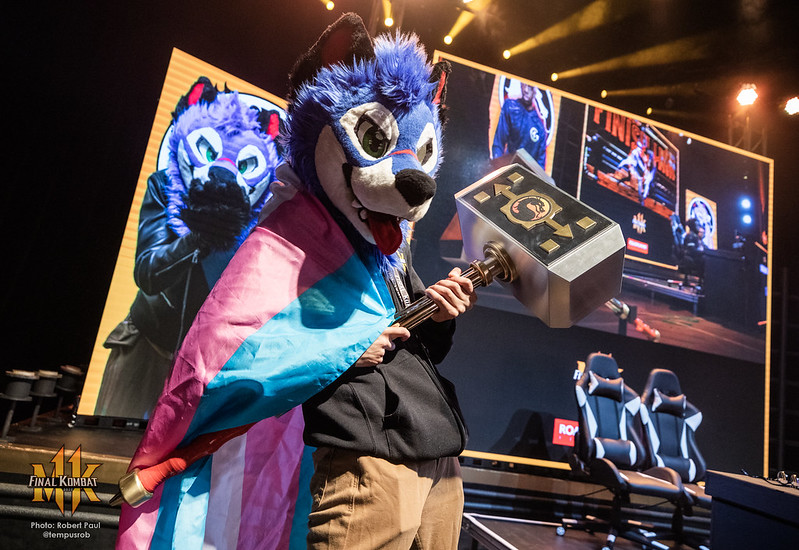 It was a day of perhaps predictable results at Final Kombat as Dominique “SonicFox” McLean took home the highest honor Mortal Kombat esports has to offer.

They actually ended up on the Loser’s Side after being sent down by CGL’s Ninjakilla212 playing Liu Kang. However, they managed to battle back quickly, sending Dragon packing in Loser’s finals, and even showed back up in Grand Finals with a bit of flair.

After beating Ninjakilla, they used Mercy, a way of offering a second chance to the beaten player when on the “Finish Him” screen.

There’s no other reason to do this other than as a way to show off, and could have easily backfired on SonicFox. But they persevered, and went on to defeat their vanquished opponent, resetting the bracket.

From there, it seemed almost a foregone conclusion. SonicFox was in their opponent’s head and took home the Grand Finals 3-1.

SonicFox has been winning NRS competitions since Injustice 1 and has not stopped winning throughout almost three life cycles of NRS games. In fact, it’s almost more news-worthy when they don’t win. Some competitors have almost given up on trying to defeat them.

The non-binary player has also taken to making political statements on stream whenever they can. Most notably, when they were awarded Esports Player of the Year at The Game Awards and noted that he was “everything a Republican would hate the most” as a furry, gay, non-binary person. This was no different at Final Kombat as they wore a transgender rights flag and snuck in a “Vote for Bernie” endorsement.

Issues with the coronavirus impacted the competition as well, canceling the Last Chance Qualifier. The competition awarded the qualifier spot to Zoulfikar “Kombat” Dayekh, who was tied for 12th on the tour leaderboard. He ended up finishing fifth at the event.

There’s been no announcement as to Mortal Kombat 11’s competitive future past this year, but the game did just introduce Spawn as a downloadable character. He will be available next week.