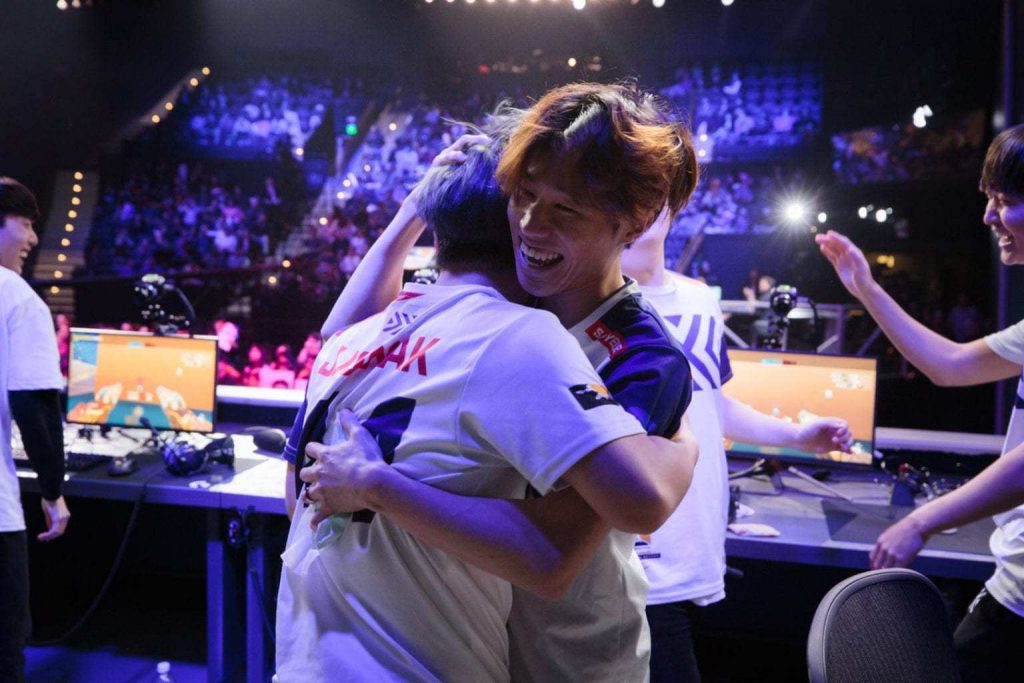 Saebyeolbe leaves behind close friends from the NYXL to turn a new leaf with the Seoul Dynasty in 2021. (Photo courtesy Blizzard)

Jong-ryeol “Saebyeolbe” Park was a beacon of hope and an anchor for his former teammates on the New York Excelsior (NYXL). He was once known as the best Tracer in the world and an integral part of the team for quite a while. In 2019, the NYXL benched Saebyeolbe during the GOATs meta and the NYXL continued to struggle without their captain in the lineup. Saebyeolbe fought for a starting position on the team as the meta evolved, and appeared in more matches as NYXL’s Sombra specialist. With 2-2-2 role lock, Saebyeolbe flexed to many other heroes and helped land NYXL in third place after the 2019 Overwatch League Playoffs and the 2020 Asia Playoffs. While unable to qualify for the 2020 Grand Finals and watching their rivals of Seoul Dynasty go the distance, it became clear to the NYXL that tough changes needed to be made.

NYXL announced the release of Saebyeolbe and other players on November 18th 2020, a painful loss to bear for the fans and players alike. Twelve days later, he, along with former NYXL teammate Taesung “Anamo” Jung, signed with the Seoul Dynasty for the 2021 Overwatch League season. Seoul Dynasty’s DPS lineup of Dong-eon “FITS” Kim, Joon-yeong “Profit” Park, and Saebyeolbe looks impressive, and fans have been excited for the future of the team. Saebyeolbe recounts with us his emotional journey from the NYXL, what excites him about the Seoul Dynasty, and his goals for the coming year.

Hotspawn: You had a historic career with the NYXL since your entry into the Overwatch League in 2017. You formed these close friendships with your teammates and became a family. Bring me through how hard it was for you to leave this team behind after years spent competing together.

Saebyeolbe: I didn’t actually anticipate this, I didn’t see this coming. I didn’t think that I would ever leave this team, so it was very hard for me to leave. It would have been much better if I could have reached a higher point with former teammates, but I couldn’t do that, so it is a bit regretful. However, some of my teammates have gone to other teams and it’s actually not too sad because I can see them again and play against them in other matches. So that is actually better. I would like to meet them again, it would be great if I could compete against them. Overall, I’m feeling better now.

Most of the time I was in New York I played Tracer and only practiced Tracer. I could say I didn’t really practice other heroes, I was just focusing on her and I probably should have practiced others. Secondly, in 2019 when the GOATs composition was trending, I feel like as a player I should have done more for my teammates. I didn’t do the best for the team, so I am a bit regretful about that.

If I do not become a starting member, I’m still on the same team and we are teammates.

Hotspawn: Was your motivation ever brought down when spending time on the NYXL bench?

Saebyeolbe: In 2019 I did have those times where I really lost motivation because I was on the bench, but what was hurting me more was that for more than six months I couldn’t participate in a single scrim or a single practice match. That was a huge part that made me lose my motivation. For the last season, I wasn’t really depressed or anything, I had a different mindset. I don’t plan to be depressed or less motivated on Seoul Dynasty, even if I’m not a starting member. If I do not become a starting member, I’m still on the same team and we are teammates. I should think of other ways to help the team and try to reach the common goal of winning the championship with my teammates.

I really didn’t see it coming that I would leave New York, so it was really sudden for me.

Hotspawn: You had some ups and downs with the NYXL but you were always a smiling face and captain the team depended on. We’ve seen you hold the hands of nervous players and lift spirits when times got tough. What did it mean to you to keep everyone focused and standing, and how did this weigh on your own personal stresses during the seasons?

Hotspawn: It didn’t sound like it was in your control to leave the NYXL. So what was your thought process and what were your options in the off season of what could be your next move?

Saebyeolbe: I really didn’t see it coming that I would leave New York, so it was really sudden for me. So during the off season, all I’ve been thinking about was to prepare for the next season as a player of NYXL. But it turned out that I had to leave the team, so after that I’ve been thinking about what kind of team I should move to. During that time, I happened to talk with Changgoon (Chang-geun “changgoon” Park), the Seoul Dynasty coach, so that’s how I came to the Seoul Dynasty.

Hotspawn: What attracted you to the Seoul Dynasty? Anything you can share about what Changgoon said?

Saebyeolbe: I like Seoul Dynasty because they’re a team based in Korea and since I’m Korean, I was really attracted to this team. I can’t open up about all of the conversations I had with Changgoon. But he told me about the future direction of the Dynasty and I was able to learn about the team’s culture, it’s daily life, how the players do their practices, and what kind of things the team does for the players. That really attracted me — I really liked all those things. After those conversations, I was able to trust Changgoon as a person and that drove me to Seoul.

Hotspawn: Any specific players on Seoul you’ve grown fond of?

Saebyeolbe: I’ve been talking to Gesture (Jae-hee “Gesture” Hong) from time to time, and immediately became friends with FITS (Dong-eon “FITS” Kim). I’m also talking with Profit (Joon-yeong “Profit” Park). I think I’ll be able to become good friends with the rest in a short amount of time.

Hotspawn: A lot of fans are trying to figure out how this DPS lineup of yourself, FITS, and Profit will cycle together. Do you still plan on being a Tracer specialist or are there other heroes you’ve been working on in the off season?

Saebyeolbe: When I first came to Seoul Dynasty I was rather surprised by why they would have wanted me. FITS and Profit are both really, really skilled DPS players, so I was like “Why would they want me?” but now I’m here [laughs]. I am still focusing on Tracer but I’ll be practicing other DPS heroes as well so I can prepare for next season. I don’t have a particular one hero, I’m just doing all of them. 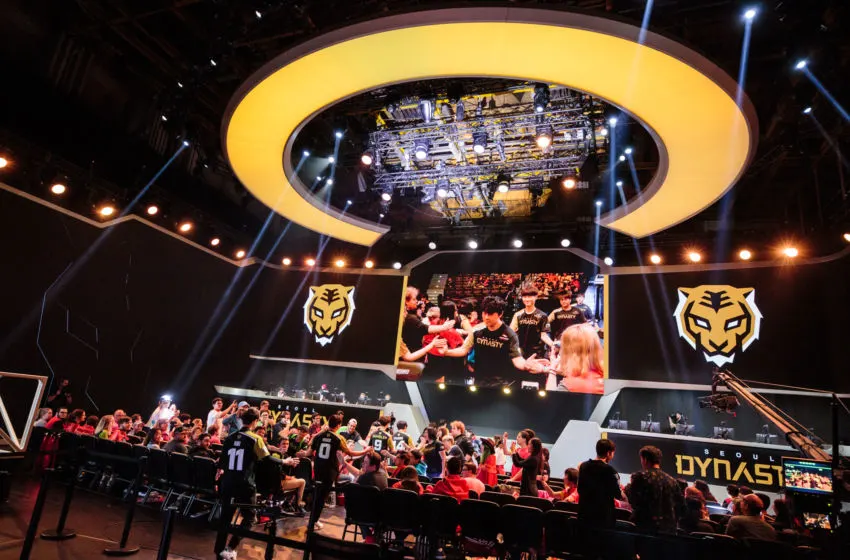 Hotspawn: What are your personal goals for this next season of the Overwatch League, and how do you plan to accomplish these with the team?

Saebyeolbe: My biggest goal is of course winning the Overwatch League championship. I did have other goals that I wanted to do as well, but it’s been hard because of COVID. I just hope that COVID things get better soon so we can have offline matches again so that I can meet my fans in person again.

As a player, I think I’ll be working on the heroes that I need more practice on. I’ll try to prepare those heroes more. I’ll also practice Tracer so that I can keep my skills. Secondly, I haven’t moved into the Seoul Dynasty team house yet, so I don’t know all the players. But this is a great team and I have no worries getting along with them or achieving great things with them. I think it’s just a matter of myself, I’ll be doing a lot of practices and my teammates will do their jobs as well.