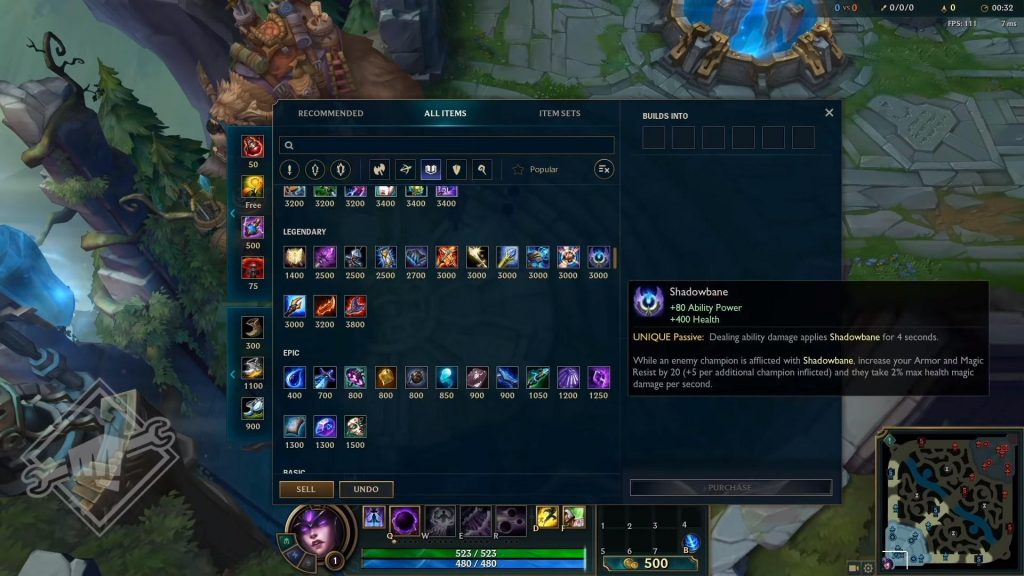 A quick look at the new shop and items coming in the Season 11 preseason. (Image courtesy of Riot Games)

Riot Games has released a brand-new video detailing more information regarding the changes to items coming in League of Legends Season 11. The new itemizations are still a work in progress, but there a few new features to delve in to.

The new feature of the Season 11 itemization features mythic tier items. Mythic items are the most powerful in the game, capable of further improving legendary items. One of the new marksmen Mythics called Behemoth Slayer grants all other Legendary Items 5% crit. However, a player can only build one Mythic a game. This is because the power of Mythics are incredibly strong and enhances the rest of your build.

And the current WIP Mythics for the marksmen class pic.twitter.com/ntmKSkiqT3

Legendary items are a new change coming to how items are ranked. The vast majority of current and new items are Legendary. All this means for them is that the item is 100% built, combining all other pieces to complete the build. Examples of these are items are Void Staff, Rabadon’s Deathcap, etc. Riot also added an Epic classification. This ranking categorizes the likes of Tear of the Goddess and other soft built items that build into Legendary items.

These item classifications are coming with an updated shop UI. The new shop aims to offer a better-suggested build path while explaining what the item is good against. It also brings with it a more easily accessible shop window for core items like boots, wards, combat elixirs, health pots, and trinket.

Furthermore, Riot is now adding in new items for the AP Fighter archetypes. This is good news for champions like Galio and Lillia whose build paths tend to be a mix and match of items. It is also worth mentioning that old item thumbnails are back in action with the likes of Mandred’s Razors season 3 icon spotted in the shop. Either this means some old items are making a modernized return or they are just repurposing old artwork. 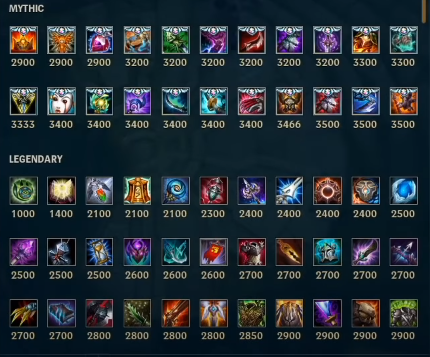 On another note, Riot Games also posted an update on in-game toxicity. Back in May Riot added the ability for players to report people for toxicity during the draft screen. One of the things they have noticed is many of the reports submitted was due to people banning a champ they wanted to play. To combat this Riot is releasing a new prompt that informs a player that they are about to ban a champion that an ally wants to play. This is to prevent accidental bans, and so players know if they genuinely don’t want a champion in their game.

With all things said Season 11 looks to be an exciting Season. Players are going to make meaningful choices with the new Mythic system, and we can’t wait to try it out. These item changes are coming in the pres-season PBE that should be out sometime around Worlds 2020.