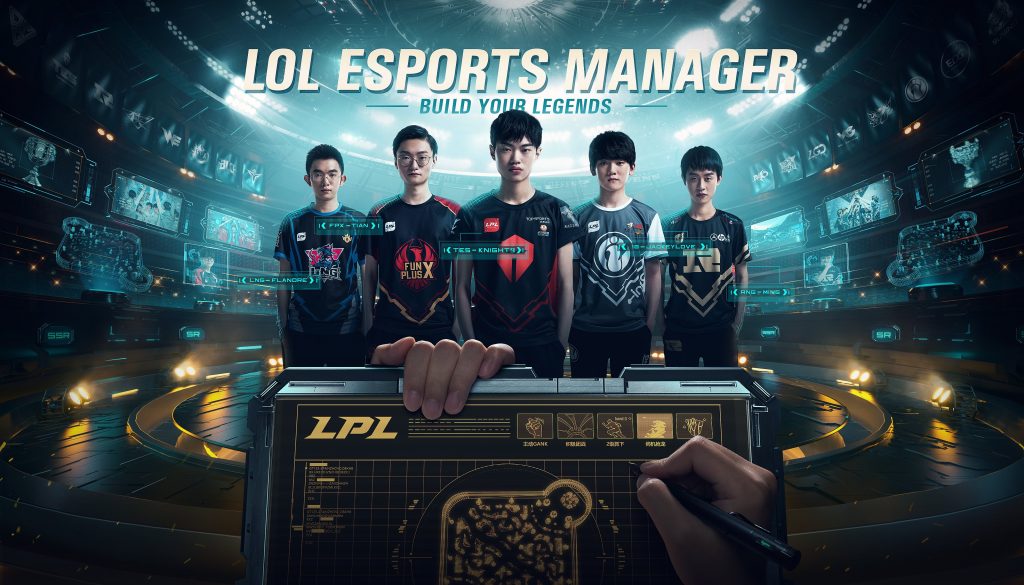 Riot also announced a host of other projects, including the creation of an animated series called Arcane, League of Legends: Wild Rift — a new version of League of Legends coming to mobile and console, a cross-platform mobile version of Teamfight Tactics and a LoL Esports Manager game.

Riot Games finally earned the “s” at the end of their name by announcing the development of four new games — five, if you count the LoL Esports Manager. The card game “Legends of Runeterra” is the closest to completion, as Rioters and popular streamers started playing the game quickly after its announcement. Players can already visit playruneterra.com to register for the beta, with the game expected to be ready in early 2020.

Have you met "Project A?" pic.twitter.com/gEKP5LH3Az

We were offered only glimpses of the other games. Project L, the fighting game, was said to have a long way to go and is not expected to be finished soon. We saw a bit more of Project A, the character-based tactical shooter. The game looks at first glance to be a cross between CS:GO and Overwatch, with Riot offering that they expect to announce more about the game in 2020. The fourth game, Project F, was shown for only a few seconds on the stream and no information on it was given.

LoL Esports Manager gives players the opportunity to manage a professional League of Legends team. It will first release for the LPL in 2020, but is expected to expand to include players from other leagues.

Riot announced that League of Legends would be making its way to television in the form of a new animated series called Arcane. They showed a short trailer featuring champions that resembled Vi and Jinx, potentially the main characters of the series. The show will take place in the League of Legends universe and is expected to debut in 2020.

League of Legends is finally coming to mobile and console, though with a new twist. Realizing that porting the PC version of the game wouldn’t work, Riot created a new rift with an average game time of 15-20 minutes. The game will have a dual-stick system and is a full visual remaster of the League of Legends experience. Unfortunately, not all of the champions and skins will be available in the game. Wild Rift is expected to be available on most platforms and regions globally by the end of 2020.

Teamfight Tactics will be coming to mobile early in 2020, and with it will come cross-platform play. Riot additionally announced that they will start doing seasonal sets a couple of times per year in which they swap out champions and origins to keep the game fresh. The next seasonal set, Set 2, will debut in three weeks and the ranked ladder will be reset.

PRE-SEASON 2020: RISE OF THE ELEMENTS

Riot also released a first look at the big change heading into the 2020 pre-season. The focus is on adding power to elemental drakes and making them more impactful for Season 10. As teams take down elemental drakes, one element will eventually come to life and alter the map. Infernal will knock down walls and burn down brush, mountain will create new terrain on the map, ocean will make brush grow larger and extra Honeyfruit will spawn on the map, and cloud turns pathways on the map into wind tunnels to increase movement speed.

Additionally, the final stack of each element will receive a unique buff that is not only stat-based. Cloud drake has been changed from giving movement speed to granting CDR on champion ultimates. Elder Drake will now give execute damage to enemies below a certain amount of health.

There will also be new alcoves added to the map in top and bot lanes, as well as new brush at the entrance to the blue buffs.

We got our first look at Senna: Shadow’s Embrace. The first-ever support marksman character is the wife of Lucian, adding a second couple in the bot lane to rival Xayah and Rakan.

Back by popular demand, Riot is releasing URF mode with champion select for the first time in over four years. It will be playable from October 28 to November 8.

Riot are also giving away ten days of gifts to their players beginning on October 17. All players have to do is log-in and they will receive a small gift every day on any account that was created before the beginning of the anniversary livestream.

Riot seemingly unleashed years worth of announcements all in a single night. There was something for seemingly everyone, whether it was a new game, the animated series, the move to mobile, updates for Season 10, or just free gifts to celebrate ten years of League of Legends. They have a lot to follow up on, but Riot Games have certainly made it a tenth anniversary to remember.

League of Legends Other
Share
Mike Plant
Michael Plant has been playing League of Legends since 2010 and analyzing it nearly as long. More recently, he's been interested in the developing PUBG and Fortnite scenes. When he's not playing or watching video games, he's more than likely following one of his Houston sports teams.