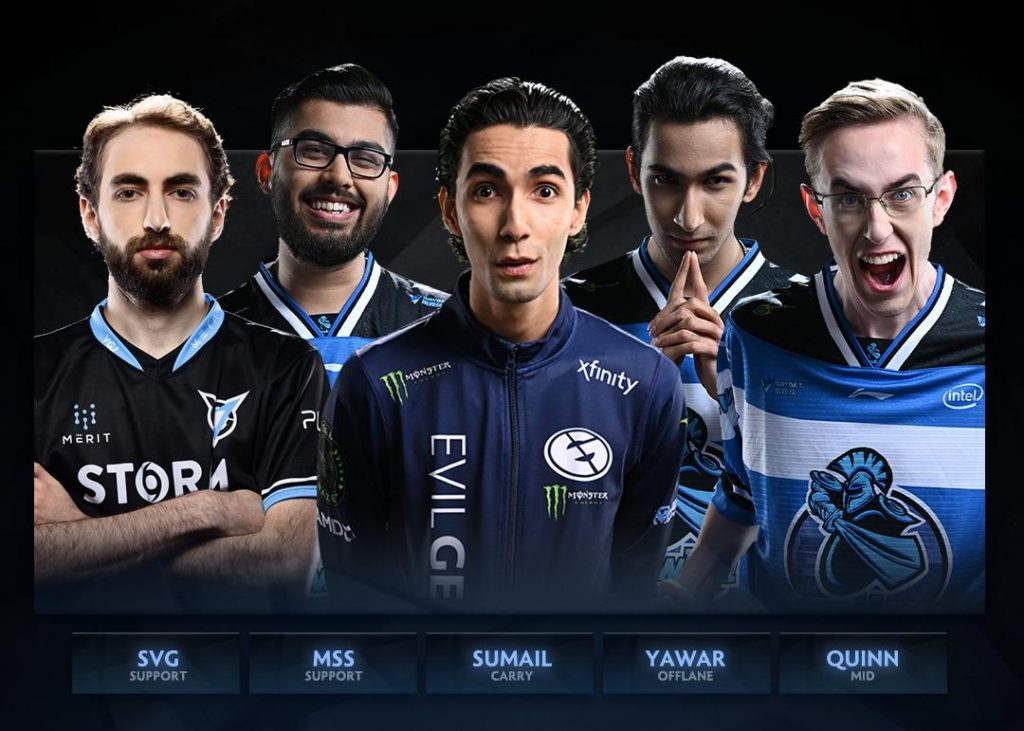 Just under the wire for the Dota 2 Pro Circuit roster registration deadline, a new team has emerged: Quincy Crew.

Quincy Crew will play with three of the former Newbee/Forward Gaming roster. Yawar “YawaR” Hassan, Quinn “CCNC” Callahan and Arif “MSS” Anwar are sticking together. As Newbee, they finished 9-12th at The International 2019.

These three players will be joined by Sumail “SumaiL” Hassan, YawaR’s younger brother. This will be the first time the Hassan brothers compete together on a team. SumaiL has competed with Evil Geniuses since 2015. He won The International 2015 with the organization, sealing his legacy as one of the most impressive Dota 2 players of all-time.  SumaiL’s departure from the organization shocked many, and rumors had floated about where the talented player would land.

The four are joined by Avery “SVG” Silverman. SVG departed J.Storm on March 24, 2019, indicating he was retiring at the time. However, the lure of Dota 2 is strong, and SVG, it seems, is returning to compete with Quincy Crew. SVG’s best known for being a great mind of the game. He spent several months coaching Evil Geniuses, before returning to professional play to captain his own squad, first for Team World and then VGJ.Storm.

The team will have SumaiL shift to carry, which might surprise some given that he’s been a top mid player since he began competing as a professional. YawaR will move to the offlane. CCNC will play mid, with MSS and SVG returning as a solid support duo.

Quincy Crew should debut in the first regional qualifiers for the Dota 2 Pro Circuit season, beginning October 5. KBBQ assured fans that there should be an announcement regarding an organization soon; if you’re a fan of the name Quincy Crew, enjoy it while you can!