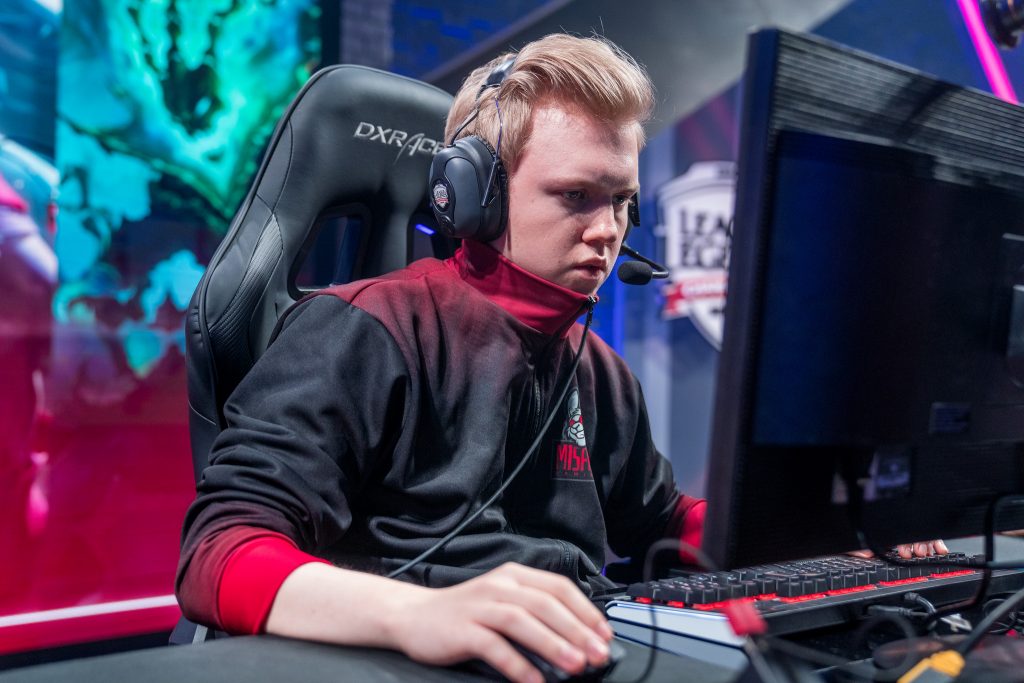 After a solid Summer Split Misfits found themselves in the third-place playoff match at the EU LCS Summer Finals in Madrid. A win would have netted them third place overall, and extra €10,000 and a better seeding in the Worlds Gauntlet, however, they fell just short losing to Vitality 3-1, despite a good start to the match.

It was a disappointing end to a solid season and meant that Misfits would have to win three best of fives to qualify for Worlds. A tough ask for any team. But it was a challenge the team was looking forward to, as Chres “Sencux” Laursen told us just hours after losing to Vitality at the EU Finals in Madrid.

Obviously, that wasn’t the result you were looking for today, but it was still a decent season overall. Fourth isn’t a bad place to be, so how are you feeling about the season overall?

Chres “Sencux” Laursen: It’s kind of bittersweet to some extent. I mean, this game today, I really wanted to go in and win. Obviously, there was a bit more pressure on Vitality, they had more on the line and we just have to play for seeding in the gauntlet and so that they couldn’t get through. But overall the whole season, for me it’s been it’s been kind of a disappointing one but yeah, there’s always next year.

Do you think you could ever turn around to say yeah we had a really good season if you don’t end up winning at least one split?

Yeah, sometimes. On Splyce back in the day, we managed to go from the relegation tournament to Worlds. I think that was a good split for us and a good year overall. But just this year obviously I expected more and most people did coming into the year. So I think for me it’s mainly the first split, not making playoffs, that’s disappointing more so than this playoffs.

Let’s go back to the start of Summer. The meta was certainly an interesting place with lots of new picks. What was it like for you kind of playing in that, when the meta is so different to the standard we are used to?

It’s actually really nice for me. I liked the mid lane picks that were being played and I think it kind of suited me more, but with bot bot lane for me I don’t really mind because I’m used to playing against mages. For some games it was hard to adapt or to play against some things but I mean, it was certainly something new, but I think that’s nice every now and then.

So you’ve still got a chance at Worlds through the gauntlet, what do you think your chances are? It’s certainly a pretty stacked competition.

So let’s say you do make it to Worlds, obviously you’ll be going with two other EU teams and Korea hasn’t looked too hot this season. People are saying the gaps have actually closed career this year. Do you think Europe have a realistic chance of winning it?

I think EU has a chance but I think obviously Korea’s still favorites. I think maybe even LPL now are favorites like China are way stronger than they have for a while and it’s gonna be a competitive Worlds this year. I don’t think it’s just gonna be Korea that’s gonna run away with it.

The English speaking broadcast team is only going to be in Korea for Worlds for the final. What does that mean for you? Are you kind of like oh that’s not cool or we just don’t care about that?

Coming from that, there’s been a few stories about Riot not making money off esports and they’re looking to cut costs and that might be a reason why they’ve done it. Does that worry you at all? That maybe they might be reducing the amount of money they invest in esports?

I mean, I think Riot could have done things differently years ago, but I mean, they’re starting to change a bit better. Although I don’t know too much about Riot’s financials.

What about in terms of prize pools? Obviously, Dota just had another $20 million plus tournament, which is way ahead of League. Do you think Riot should do more with crowdfunding?

I mean, I do think they can do a better job. They are doing better now in sense of like, selling a skin or whatever. But definitely back in the day when it was the same price pool for four years in a row or something, like it’s a bit weird, ya know.

Obviously, franchising is coming into EU next year, and relegation is a thing of the past. Are you a fan of that, do you think it will be good for you?

I think the Challenger Series kind of thing creates a bit of a precious situation on the bottom teams. Which is kinda good, it creates more tension in terms of the later parts of the split at the bottom of the league but, I mean, I’m always aiming for playoffs. So for me, I don’t really want to go through like the relegation, but I do think that it creates a bit more entertainment. But obviously, for orgs and sponsors, it’s way better to be a franchise.

League of Legends
Share
Mike Stubbs
Mike is a freelance journalist and author, having written for the likes of BBC Sport, Sky Sports, The Telegraph and countless other publications. He is also the author of Esports: The Ultimate Gamer's Guide and severely lacking in Twitter followers.
Follow me