Q&A: How An International Roster has Changed Taco’s Play 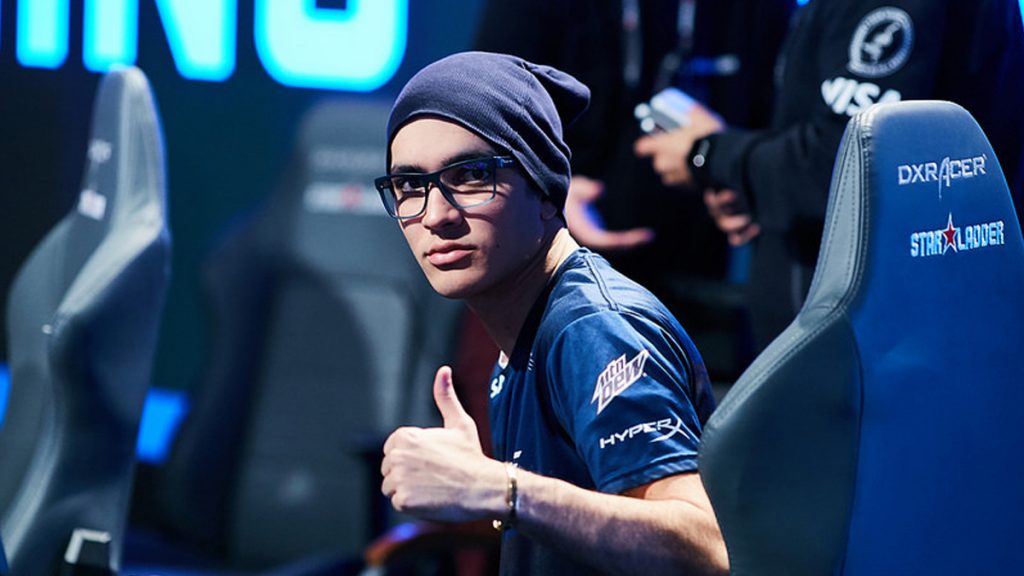 To find out how Epitácio "TACO" de Melo managed the transition from MiBR to Team Liquid we sat down with him at the FACEIT London Major.

Epitácio “TACO” de Melo is a two time Major winner, one of the most successful players in all of CS:GO, and already one of the greatest players in history. But almost all of his success came with the old SK Gaming / Luminosity roster, most of which is now playing under MIBR. Earlier this year he was benched by the legendary Brazilian side, and eventually moved over to the international roster of Team Liquid.

To many people’s surprise, the Liquid roster almost instantly became a top contender, with multiple top two finishes in the back end of the season. Taco had somehow gone from one top team straight into another, despite having to learn to play with a new team and communicate in English. For most players, it would have taken months to adjust to this, but TACO made it work immediately. To find out how he managed this transition we sat down with TACO at the FACEIT London Major.

You’ve had lots of success at majors personally but now with Liquid it’s a very different team. What’s it like on Liquid compared to the old Brazilian roster you used to be with?

Epitácio “TACO” de Melo: With Liquid now, it’s a different team, with different players and I’m also a different player. Now I’m learning a lot, now, I can say that I’m really used to the guys, I love playing with them. They are the team that I like to play with and I have no regrets at all.

But of course, we are a team now that needs some experience and it’s our first major together, but I have the feeling that we can go far in this one. Of course, we are expecting to win the major. I think we have potential to do this. We have really good players. We got to play some grand finals in the first season and it gave us a lot of experience as well, and learning and I think we are a team that are ready to win a big one now.

My time in SK/MIBR. We came from nothing and it became the best team in the world. We won two majors. And I’m ready to do the same with Liquid. Even though Liquid doesn’t come from nothing, they are good players already. They were getting good results even before I joined the team. So, it’s a little different but it’s still the same.

So in the old SK, I assume you communicated in Portuguese, whereas I assume Liquid is in English? How has that impacted you?

It’s really different but it’s really good for my experience, not just as a player but as a person, as a human being. I think it’s awesome that I get to know how to deal with a lot of different cultures and different people as well, and I have to now speak a different language, and that’s the way CS:GO is going, right? We have a lot of international teams now. We have MIBR, we have Faze, we have Liquid, we have HellRaisers, and Mousesports. And I think it’s good because you can get the best part of each country, each region, and then build a team. I think it’s been awesome for me and I’m learning a lot. But, not just in game but I’m learning a lot out of game as well, and I think it’s an amazing experience for the rest of my life. My entire life, and it’s something that I will probably never forget.

You always had quite a specific style, you were never necessarily that guy that was gonna go out and top frag every game. You seemed to have more of a supporting role. What was it like coming to Liquid and being that guy? We’re they like, ‘Yeah, we’ll let you play the same role’ or were they like ‘No, we want to shift you into something a little bit different’?’

I can say that on CT, I just kept doing the same thing. When I joined the team, I was really open-minded to do whatever they need. I just talked to them that I could do whatever, but they thought that I was good doing my position on CT. So I just got doing that and because I replaced Steel and he has the same style on CT. He was holding every position that I hold as well, so actually, it was easy. But on T I have to change a lot of things. On SK I was the first man, the entry, I always go first. And then on Liquid, sometimes I go first. Sometimes I’m just lurking. Sometimes, I’m supporting. Sometimes I’m whatever. So, that’s the biggest change for me and I think it’s pretty good because I get to know other parts of the game as well, and I can be more complete as a player.

Coming into this tournament, a few people have been like a Liquid, they’re my pick to win it. They should at least be top four. Does that put any extra pressure on you? Does that impact you? Or do you just not care about that whatsoever?

It’s just something that we can’t avoid reading. Social media and analysts and websites like we can’t avoid reading these. People are creating a lot of expectations on our team and it’s good. It’s a good sign. It means that we are playing good and maybe the other team is gonna fear us which is really good when you’re trying to win a Major. It’s very good. But it’s something we are talking about to avoid the pressure. We don’t want this pressure.

Only us know how much we have done the last boot camp. We worked really hard. So, that’s what I told my teammates. I think I’m the most experienced player on the team, so that’s what I told them. Like guy’s it doesn’t matter if you win or not this major. Of course, everyone here, we have to fight to the end. We have to do our best to win this major, but, if it doesn’t happen, we should be proud in the way we did things here. We worked really hard and, in the end, that’s what matters. For me at least. And, if you don’t win this one, I’m pretty sure that pretty soon we are gonna win a big one.

Let’s say that you do go on an amazing run. You do make it all the way to the final. Which team do you want to play in the final and why?