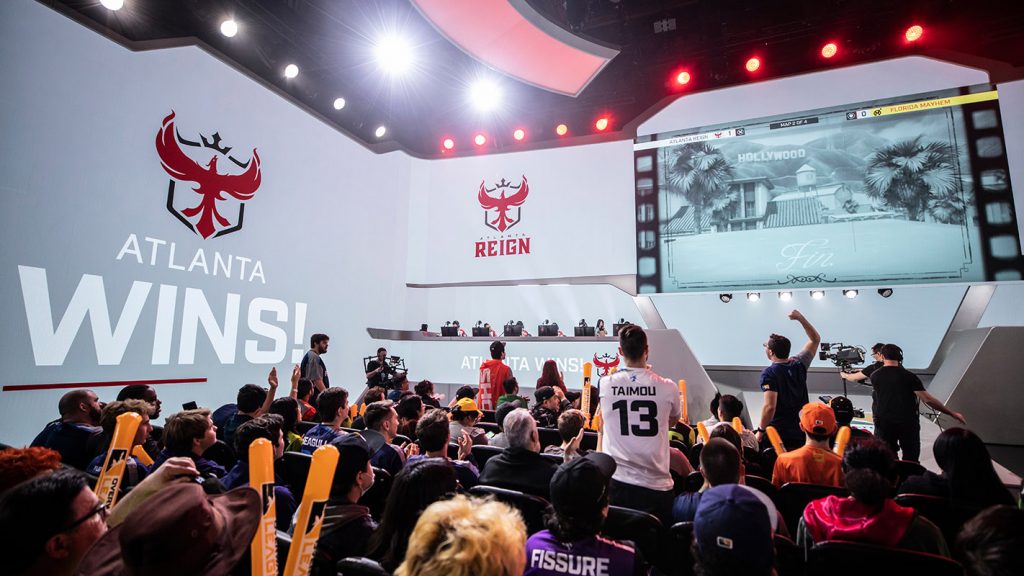 The Atlanta Reign proved they are a legit contender with a dominant performance against Paris. (Photo courtesy of Blizzard Entertainment)

The New York Excelsior came back this season with something to prove and they’ve done nothing but consistently demonstrate why they are one of the top contenders of the season. Their victory against the Seoul Dynasty was an expected win as the Dynasty sit 13th in the rankings but Seoul surprised NYXL by fighting tooth and nail for anything they could take – including a win on Numbani.

We're in a TIED GAME!

Taking a map off of NYXL is no easy feat as they sit 18-6-1 which means after their game after Dynasty, they’ve only lost one map per game.

That ending on Volskaya was insane

The Los Angeles Valiant have not been looking good this season with their consecutive losses this week against both the Vancouver Titans and the Guangzhou Charge expected. The Titans sit just behind NYXL and only because NYXL has played more games the Valiant losing to the Titans was an expected loss. The Valiant were not poised to win against the Charge as they also sit in the top six of the League but it was a deafening defeat and it means that the Valiant now sit at the bottom of the League with a disappointing 0-5. Their inability to close out maps, communicate effectively in team fights, and crumbling under pressure has many people asking whether they are the new Shanghai Dragons.

I’ll admit that while I think that the Shanghai Dragons have really stepped up their game, I did not see them going 4-0 against the Chengdu Hunters. Statistically, the Dragons had an extremely low probability of pulling off such a win but they did and it was pretty incredible to watch.

The battle of the week had to be the matchup between the Paris Eternal and the Atlanta Reign. These two teams came prepared to fight but I don’t think a lot of Overwatch League fans expected a 4-0 from Atlanta – especially with how decisive of a win it was (2-0, 3-1, 0-2, and 3-2). Reign beating Eternal has put them in a really good place to make it into the playoffs this season and it puts Eternal just under the cutoff for playoffs. Also, that INSANE Defran play was the definition of a 1000 IQ play.

WHAT IS THIS DUDE!?

In the words of the Atlanta Reign, “It’s Reigning in Paris”.

Matchups to Watch for in Week 4

With all the energy that the Shanghai Dragons have been outputting these past two weeks, I’m really looking forward to the London Spitfire/Shanghai Dragons matchup this week on Sunday. The Spitfire haven’t had the best Stage 1 falling to both the Philadelphia Fusion and Paris Eternal and narrowly beating the LA Gladiators. Will the Dragons be able to break the Spitfire? Or will this matchup be a classic deja vu from last year?

For those fans looking for a hard-hitting game, tune into Friday’s New York Excelsior facing off against the San Francisco Shock. These two teams are amongst the top 4 teams in the League and will be pulling out all the moves to secure their place in the Stage 1 Playoffs. Look to see NYXL’s relentless push the Shock to their limit and force them to act quickly