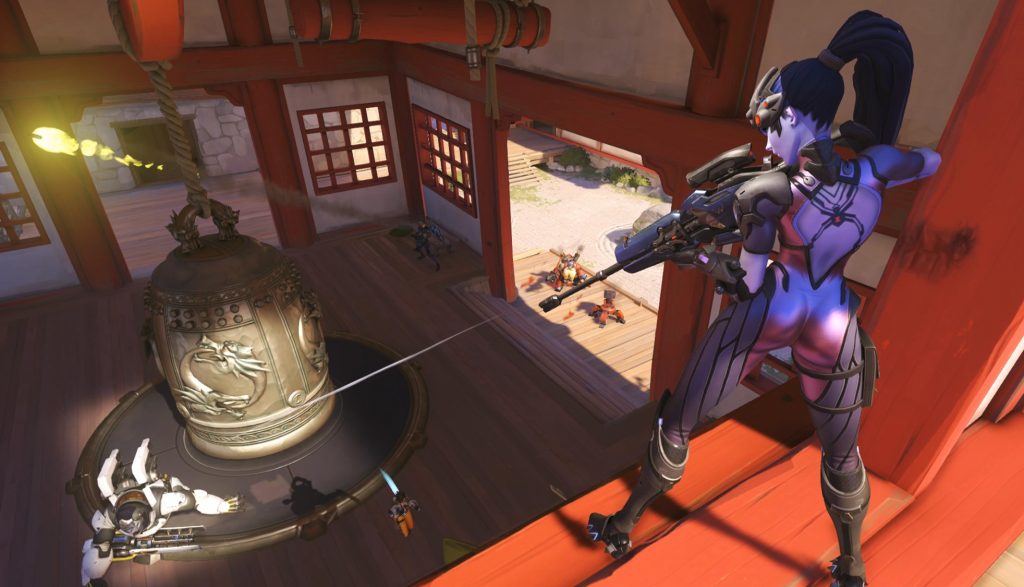 The new Overwatch League role lock means flex players will only be able to flex between maps. (Image via Blizzard)

The elusive role lock and role queue that Overwatch has been hinting at for months was leaked on their website early Thursday morning. The long-awaited role lock, also known as the 2-2-2 lock, was speculated to come into play before the fourth Stage and Blizzard’s embarrassing leak, and subsequent republishing, confirms it. Stage Four of the Overwatch League will officially be played with the 2-2-2 role lock.

The role lock, which will have the most impact on the Overwatch League, will see teams restricted to drafting hero compositions that are comprised of 2 DPS heroes, 2 tanks, and 2 supports. This lock will restrict players from changing roles during maps but they will be allowed to switch heroes within the role. This means epic switches such as Lane “Surefour” Roberts’ map-breaking switch from Brigette to Widowmaker last year against the London Spitfire will be a thing of the past.

After a map is finished, players will be able to change roles but thanks to what I’m calling the “Musical Chairs Rule,” players will have to change seats. In an attempt to make it easier for fans to know where everyone is sitting, players will be seated according to their in-game role: seated left to right 2 DPS players, 2 tank players and 2 supports.

While there will always be some players who are against the role lock, it’s a positive change for the competitive scene. A role lock will see the teams not be confined to unshakable metas like the GOATS meta we saw in Stage One and Two. It’s also very similar to how other traditional sports function where there are a limited number of positions on the team for each role. I suspect this change will be good for the League and good for the competitive scene, but we won’t know for sure until the first 2-2-2 game is played on July 25 between the Houston Outlaws and the Paris Eternal.

Other updates that came with the big role lock announcement was the subtle changes to the Match of Week, which will now exclusively be held on Sundays. This is a welcome change as having a consistent time, aside from the Valiant Homestand weekend, for the matches will make it easier for people to tune into the match. Because of the change, some games were moved around, sobe sure to check out the updated schedule for Stage Four.

In addition to the Match of the Week changes, the Overwatch League is bringing us arguably the best part of Stage Three to Stage Four – the 1v1 Duel Series. If you weren’t able to tune into the 1v1 duels, during the Watchpoint pre-show, Overwatch pros would face off on their best heroes in an epic battle for 1v1 supremacy. In Stage Four each Watchpoint pre-show will feature a 1v1 Duel episode.

The Overwatch League sure didn’t disappoint fans with this big update to the League. Aside of the big role lock change, most of the minor changes to the Stage Four are focused on fan involvement and entertainment. It’s good to see a focus on how fans are enjoying the League as they are the backbone of the League. Now if we can only get them to get a cool theme song for the Match of the Week series….