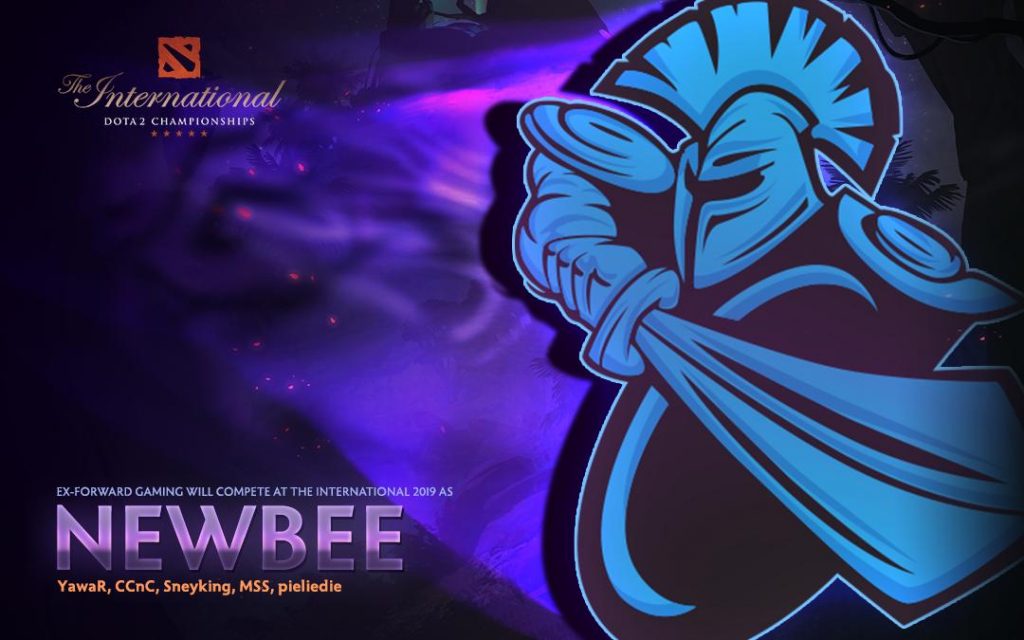 It was shocking when Forward Gaming announced they were dissolving, releasing their The International 2019-qualified Dota 2 roster. Who would sponsor the North Americans as they prepared for the biggest event of the year? Apparently, the answer is Newbee!

Yes, that Newbee. The winners of The International 2014.

We are back in the game🥳 pic.twitter.com/8EeSyrYnQj

Former-Forward-Gaming will want to train as much as they can within the same time zone as The International 2019, to ensure they’ve fully acclimated ahead of the tournament. Newbee surely has the facilities to ensure the players, coach and manager are comfortable.

For Newbee’s part, they won’t miss competing at the prestigious event, especially the (one?) year it’s being held on their home turf. This will be Newbee’s fifth TI in a row; they’ve attended the event each year since they entered Dota 2 in 2014.

The International is the best opportunity for brands to get visibility within the Dota 2 community – and beyond, as the event is often reported on in mainstream news as well due to its massive prize pool. An added bonus for organizations is that Valve maintains an ad-free zone for the event, meaning there’s zero competition for ad-space or visibility with sponsors. The focus is squarely on Dota 2 and the teams competing.

This means the current Newbee roster is:

Fans of the new-Newbee squad can rest assured that the team will have the support they need to prepare for The International 2019!