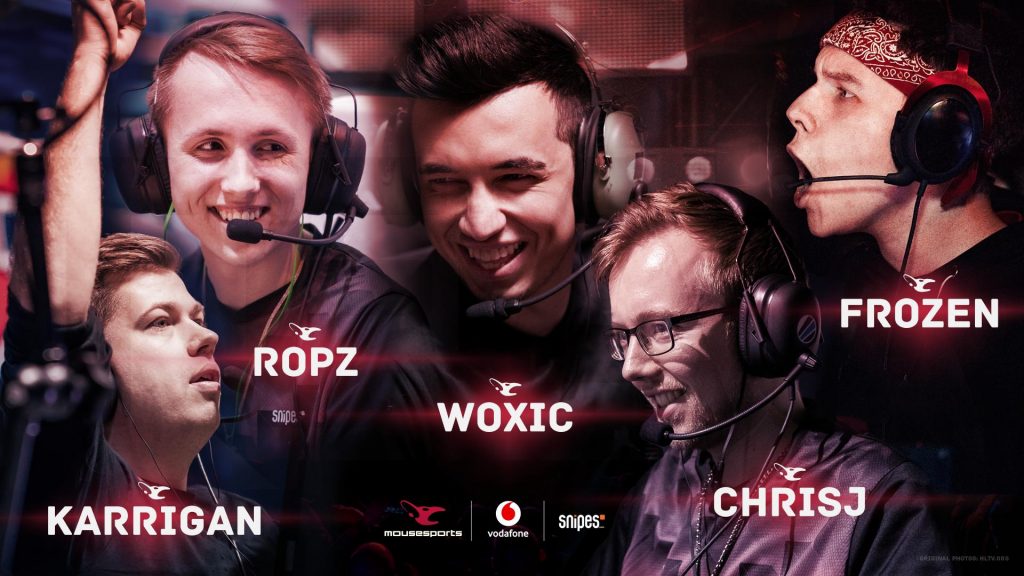 Mousesports has been looking for the right roster balance since a disappointing 5-6th-place finish at the European Minor in January. (Photo courtesy of mousesports)

Big changes today for the mousesports CSGO team! After a disappointing 5-6th-place finish at the European Minor in January, the squad’s been looking for a path to success. Benching players in February was a signal that the existing roster was going to undergo some changes.

The team has released Tomáš “oskar” Šťastný, terminating his contract “by mutual agreement.” Meanwhile, Miikka “suNny” Kemppi will remain with the organization but is benched from the squad. Remember that Martin “STYKO” Styk has also been benched, stretching back to February 4. There was no update on his status in this announcement.

ChrisJ was benched five weeks ago but will return to active status. He spoke positively about the new team, saying, “I think this is the right combination to start climbing the CSGO ranks. I’ve played with Karrigan in a team before and I’m confident he can help shape this team and show the star potential of woxic and frozen.”

Karrigan will be stepping into the captain’s role, coming from FaZe Clan. He has a lengthy history in esports, including an earlier stint with mousesports playing Counter-Strike 1.6 and Global Offensive.

The most surprising pick-up may be frozen. He’s only 16-years-old and has drawn attention for his performance in the FACEIT Pro league.

CEO Stefan Wendt spoke about the motivation behind the roster changes: “We want to go back to a team that is highly motivated and eager to play for this organization. A team with great chemistry and the will to work hard towards our common goal. Together we want to leave our mark in this very important period with two huge events in our home country and beyond.”

The new roster will be put to the test shortly as they compete in the seventh season of the ECS, beginning March 18.