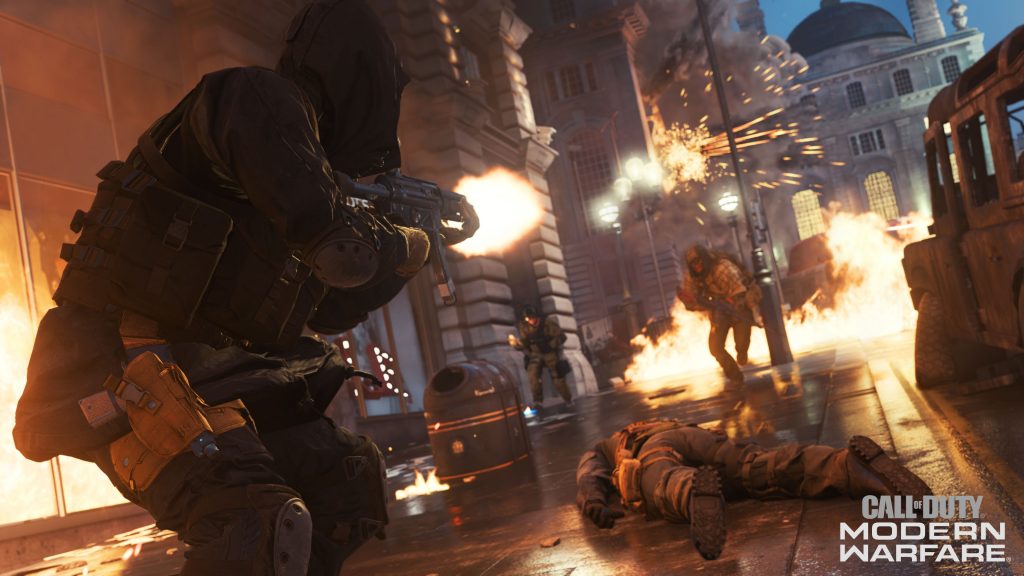 Call of Duty Modern Warfare version 1.07 brings the first substantial changes to the game since release (Image via Activision)

Call of Duty Modern Warfare has received its first massive update on November 8 in version 1.07. The update includes a new game mode, two new maps and a series of revisions to both weapons and operators that are sure to mix the game’s meta up quite a bit.

A series of hotfixes have been applied to a number of bugs in Modern Warfare that will enhance the gaming experience, below is a list of general items revised in the 1.07 patch:

Aside from the housekeeping bug fixes, a few of these changes will greatly increase a player’s experience from both casual and competitive standpoints. Ignoring perks and attachments (such as Ghost and the silencer) that would otherwise camouflage a player from the radar are rather critical functions we expect developers to get right, so well done there. Surely we speak for everyone when we are relieved by the Semtex audio fixes as we’ve spent a great deal of time hitting the deck over a grenade that actually landed 150 meters away from us.

If you haven’t overlooked any of the 1.07 patch notes and noticed your movement is a touch quicker, here’s why. Both Sprint and Tactical Sprint speeds have been increased by 5%, matching the movement speed used in the beta.

We didn’t personally have an issue with the movement speed prior to this, although, the increased pace does give Modern Warfare that classic zippy feel that Call of Duty is synonymous for.

To the praise of many – possibly even everyone in the universe – footsteps have been nerfed to become significantly quieter behind in-game geometry (buildings, walls) and by distance. A Reddit post states developers have “another large footstep change coming in the next update” that will dampen footstep audio when crouching and aiming down sight.

This is one of the few major bucket list items players have been asking for since the game’s release as a critical part of multiplayer combat. Prior to the 1.07 patch, footsteps were fairly loud, which resulted in two outcomes: Most frustratingly, was having your or enemy’s movement telegraphed by the volume of footsteps, leading to an easy kill, or death. At times, the volume of footsteps became a bit overwhelming, introducing a great deal of paranoia as we sat and listened to a hurricane of footsteps landing in every possible direction with no enemy in sight. All in all, we’re happy with the change as it stands now, but looking forward to more refinement in the upcoming update.

The audio cues your operators provide when an enemy is in close proximity, also known as Battle Chatter, has been tweaked significantly in the latest update. Prior to this patch, a player’s operator would call out with an audio cue when an enemy is in range or made visible on screen. This feature evolved into a rather large oversight when it was made apparent that the enemy team could also hear your operator, effectively giving away your position and eliminating the opportunity of surprise.

By the grace of Infinity Ward developers, we can proudly announce that enemies can no longer hear your teams battle chatter in version 1.07. Additionally, the proximity cone which triggers an operator’s callout has been reduced and is even further restricted when aiming down sight. 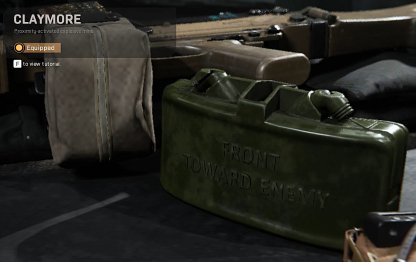 Everyone’s favorite piece of utility – the claymore – has finally received its rightful nerf.

Since launch, claymores have been the subject of vast scrutiny for its widespread use and extremely lethal range; prior to the patch, claymores could be triggered at substantial range, combined with a deadly explosive radius that made them impossible to ignore. Understandably, running into claymore after claymore was not exactly fun for anybody and thus, the developers have addressed them.

One huge problem going up against a claymore was that in certain areas with tight corners, the utility was impossible to navigate around. Attempting to disable or shoot a claymore was almost always guaranteed to kill if there was not sufficient space to exit its blast radius. In the latest update, players with full health are able to shoot a claymore from point-blank range and survive.

Both the trigger and blast radius have been reduced, and the damage width will now more closely mirror that of trigger width – also known as those red lasers that stick out. 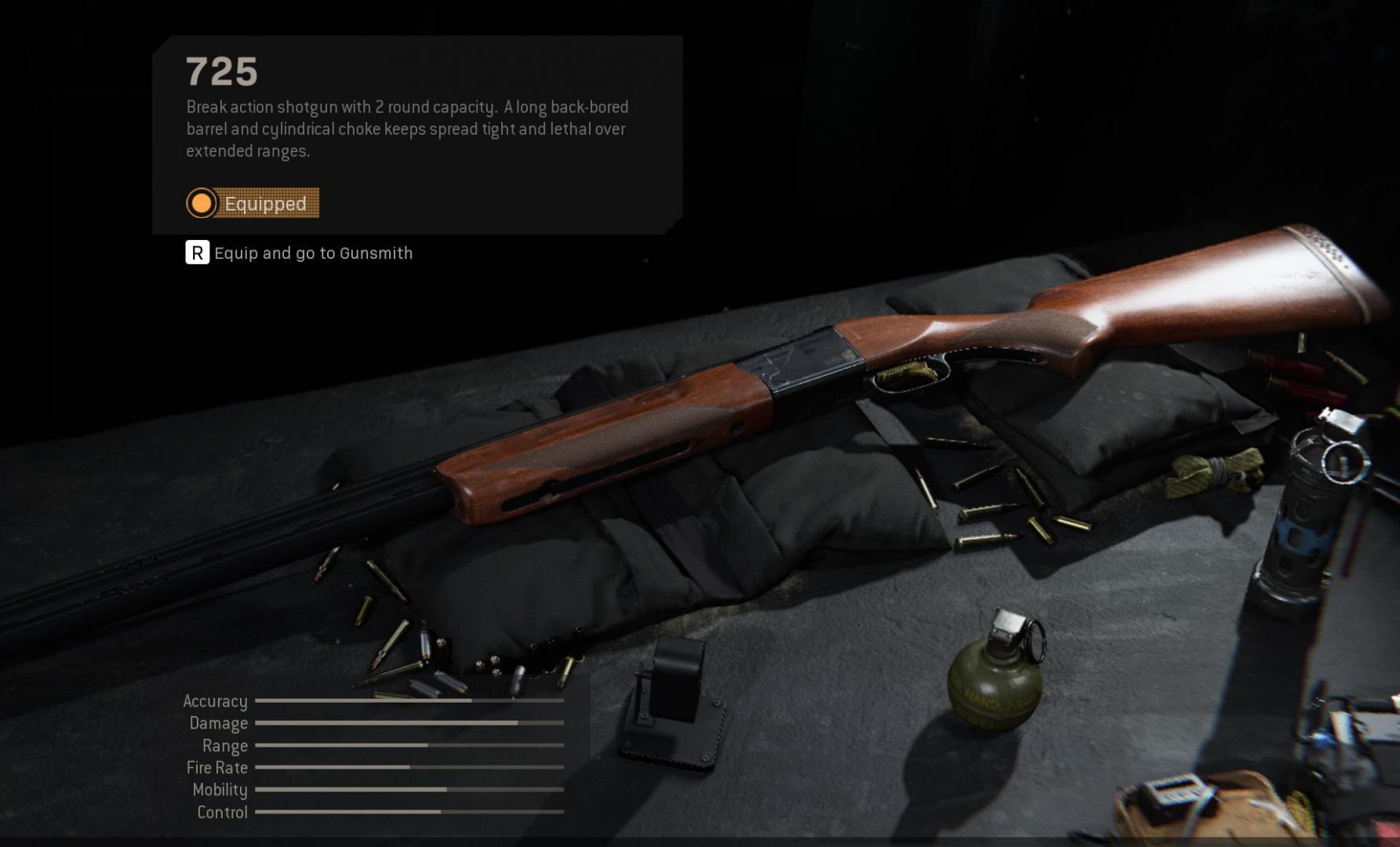 The 725 shotgun is possibly the most overpowered gun in Call of Duty history, and maybe even any game ever? Needless to say, the 725 has made cameos in blog posts, reddits and tens of thousands of Twitch clips that demonstrate exactly why the weapon warrants a heavy nerf, and that’s exactly what it got.

Even post-patch, the 725 is still a superior shotgun – with the changes though, many of its overwhelming abilities have been brought down to a tolerable level. We wouldn’t say the 725 is entirely irrelevant following the version 1.07 update, but it should definitely open players up to new builds.

The patch will affect all full auto 5.56 rifles, reducing the up-close effectiveness of the class and its range.

The M4A1 has been a popular choice amongst players as a versatile assault rifle which is deadly both up-close and at long ranges. As a result, the M4A1 championed its class quite clearly with little incentive to use anything else. After running the gun for a few games, we can confirm it still feels really good – although it’s noticeably less effective at range.

In regards to the M4A1’s increase in kickback, its new recoil pattern is actually quite similar to that of the former. The images below contain three spray patterns each – from left to right, they signify the shooting patterns when standing up, crouching, and prone. So while the pattern’s direction is similar, the crouched and prone recoil has been significantly increased.

The classic SMG has received a nice buff in the latest patch, granting the UZI an increased damage range. Prior the 1.07, the UZI was used in moderation by players, although it’s time-to-kill and DPS was unavoidably poor – the damage buff has certainly helped with the usability of the weapon.

The weight of the pistol buffs are definitely interesting to see in this latest update. In general, sidearms feel far less effective in Modern Warfare than in any of the franchise’s previous installments – they have weak damage output, a ton of recoil and shoot slow. Coming into contact at any range with a pistol was very often a lost battle.

While the update will primarily keep pistols in their respective damage weight class, its movement speed increase and reduced sprint out time will increase the effectiveness of quick movement and sweeps. As a tool for movement in itself, being able to draw your pistol sooner should prove to make sidearms more lethal on-the-go.

Krovnik Farmland was added to the Ground War playlist for 64 player warzones, set in an expansive area appropriate for large scale warfare.

Shoot House joins the 6v6 multiplayer playlist as a much tighter map compared to the Modern Warfare maps introduced at launch. Shoot House utilizes an authentic Call of Duty three-lane design, forcing players to engage in close-quarters combat. Though still too early to say, the map could be a contender for competitive play.

Hardpoint returns to Modern Warfare in the latest update, offering players a new objective-based alternative to its playlist options.

Call of Duty
Share
Cody Luongo
An American journalist specializing in business, gambling and Counter-Strike - Cody was a competitive gamer first before starting his career in esports. Competing in several titles including Halo, Counter-Strike and Rainbow Six prior to his career as a journalist where he would go on to write for ESPN, Esports Insider, SickOdds and many more.
Follow me