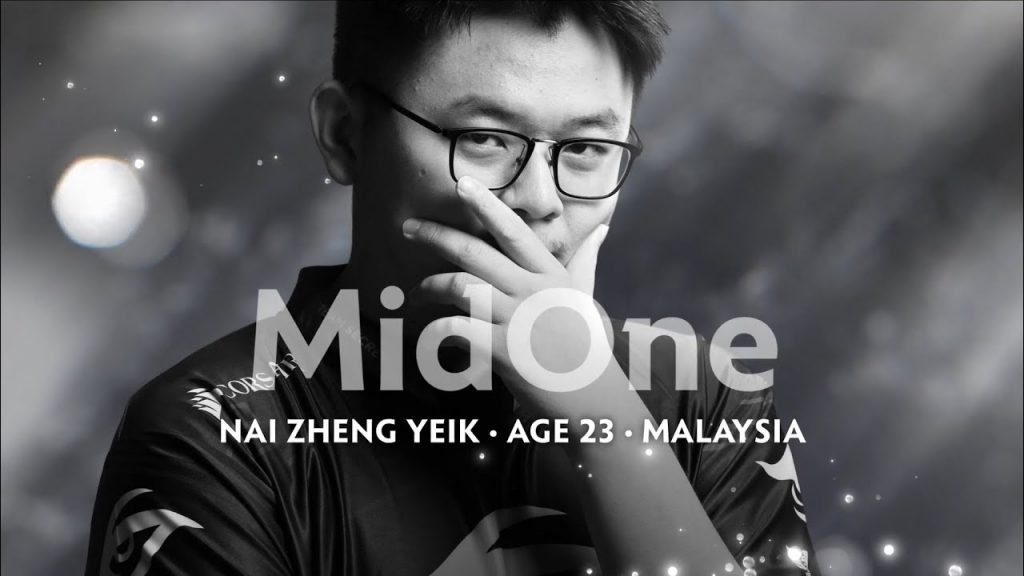 After four years with the organization, MidOne has officially parted ways with Team Secret (Image via Team Secret)

Team Secret have announced the departure of Yeik “MidOne” Nai Zheng, revealing the news in a tweet and accompanying video. The news comes just weeks after the former mid laner’s latest appearance for the team during the ONE Esports Dota 2 World Pro Invitational Singapore.

Since 2016 you've been an integral part of the #TeamSecret family. Thank you for the past 4 years and for bringing joy and trophies with #SecretDota.

MidOne had most recently filled in for Yazied “YapzOr” Jaradat, taking over the four position in his absence. The team was able to advance past group stages at the World Pro Invitational Singapore, only to fall in the Lower Brackets to eventual winners Vici Gaming. During the tournament, MidOne showcased his remarkable flexibility, playing a different support in almost every game, in a role that wasn’t his primary position.

Prior to this, the Malaysian pro had stepped away from Team Secret, citing the tremendous sacrifices he’d made to continue to compete with the squad. MidOne would be replaced by former teammate Michał “Nisha” Jankowski, with the free-agent Lasse Aukusti “MATUMBAMAN” Urpalainen stepping into the primary carry role.

MidOne spent three years with Team Secret before his hiatus, contributing to one of the most successful lineups in Dota 2 history. Winning more than a dozen Majors, and a yearly staple of The International between 2016 and 2019, Team Secret would ultimately fall short of an Aegis during MidOne’s tenure.

In the accompanying YouTube video, some of MidOne’s most memorable highlights, ranging from his incredible performance on Kunka at DreamLeague, to his pub-stomping Invoker play, and even his carry attempts at TI9. In both posts, Team Secret thanks MidOne, describing the “indelible mark on the team” the player had left and wished him luck for his future.

And what future will that be? For now, it’s uncertain. MidOne has remained silent on social media, but given his desire to reduce his travel, a full-time streaming career or a spot on a more local South East Asian team seem to be the most likely candidates.

The full Fans of MidOne can still catch him on his Twitch stream, while Team Secret will be in action at DreamLeague Season 13: The Leipzig Major.