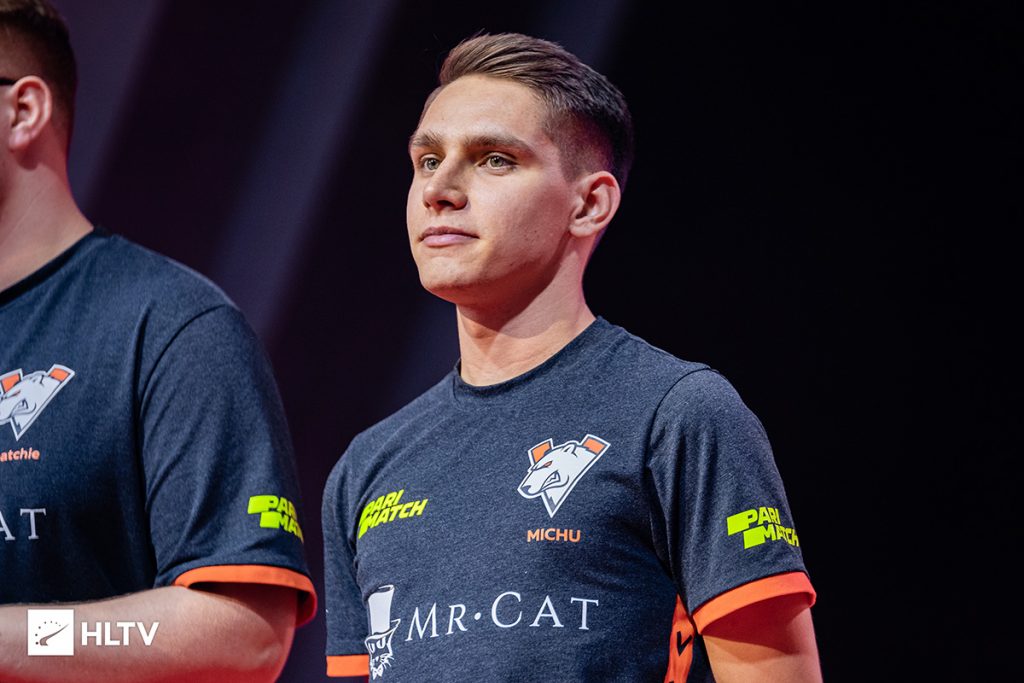 My contract with https://t.co/n6PmUsNry2 has expired and I’m leaving this roster. Thank you all, guys! Now I'm ready for new challenges! 💪 Maybe in the international team? You can contact me: michu@emine.pro

MICHU officially joined Virtus.pro in March 2018, although he had stood-in for them on many occasions before. While he was always a serviceable rifler and entry fragger, his time on Virtus.pro will be remembered as mediocre.

Virtus.pro was already a declining team at the end of their era. The retirement of their old guard and numerous roster swaps afterward made it difficult for the team to gain any momentum. 2019 was one of the roughest years in their history. Not only did Virtus.pro fail to qualify for a Major, but they also weren’t invited to any top tier events.

With the team on a non-stop decline, Virtus.pro management stepped in and replaced their struggling roster with a much more competitive one. MICHU and the rest of the all-Polish lineup have been on the bench ever since. MICHU is the first member of the benched squad to officially leave.

MICHU joins the free agent pool heading into 2020. Many roster shuffles have already taken place, and many more are sure to come. No matter where MICHU ends up, he deserves another chance on a team that isn’t as doomed as VP was. Check back at Hotspawn for all the latest CS:GO news.