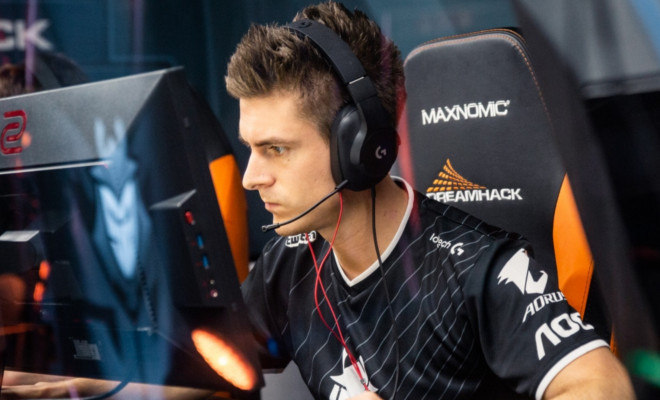 Kevin “Ex6TenZ” Droolans, one of CS:GO’s top in-game leaders, has announced his retirement from competitive play (Photo via Adela Sznajder)

A true CS:GO legend Ex6TenZ has announced that he is hanging up the competitive mouse to seek coaching opportunities in the Counter-Strike space.

Kevin “Ex6TenZ” Droolans, one of CS:GO’s top in-game leaders, who first took to the servers in 2008 has announced his retirement from competitive play. He’s been a part of many top tier lineups and has become known for his game sense.

“I have been playing at a very high level since 2008 and have always taken on a lot of responsibility in my teams and I have felt the pressure of it lately,” Ex6TenZ explained in a Twitlonger. “I’ve had less and less energy to do the work that was necessary, specifically for individual training for which I had gradually less motivation.”

End of my player career – New role to learn !

He went on to cite G2 and GamerLegion specifically as projects that cost him a lot of energy “without any real gain.” This caused his motivation to take a big hit, but he’s not ready to depart the competitive scene. His next chapter seems to be in coaching others:

“I still love the game, the teamplay, the tactic, the job well done, the desire to get the best out of my players as a group and as individuals. I want to transmit these values and immerse myself more in the analysis, observation and the management of a group.”

Throughout his career, Ex6TenZ attended eight majors but won none during that period. The closest he came was a third-place finish, all the way back at Dreamhack Winter 2013. More recently, he helped G2 Esports finish in the group stage of the FACEIT London Major.

While he was known for being an excellent strategist, Ex6TenZ only had an average impact on the server. He averaged 74.8 damage per round over the course of his career, racking up 22,665 kills over 1393 maps played. This only worked out to about .62 kills per round according to HLTV.