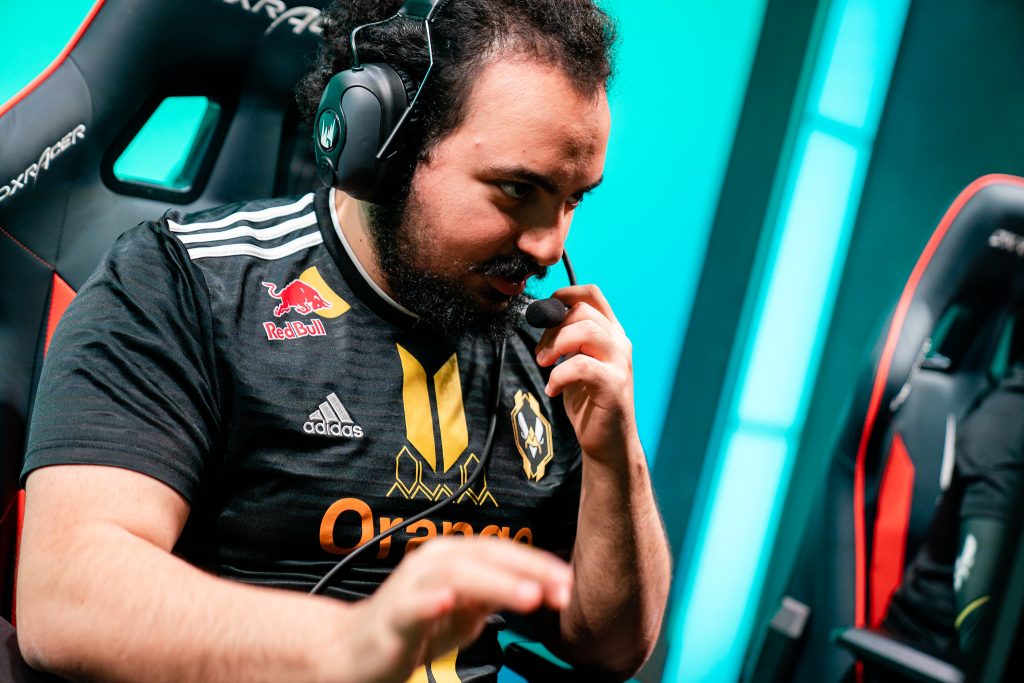 Team Vitality rallied late in the season to push for a top six finish in the LEC. (Image via Riot Games)

The League of Legends European Championship has wrapped up the regular split for Summer, and the makeup of the six teams heading into playoffs have been revealed after a heated final round. We take a look at how the top six cemented their places in the finals, and who has the best shot at the Summer crown.

At the beginning of the split, Team Vitality seemed all but ruled out of playoff contention. They were scrapping it out for wins alongside wooden spooners Excel Esports, and couldn’t get past the young rosters of Rogue and Misfits Gaming.

Now the French organization have completed their resurgent second half of the split. It may have taken a tiebreaker match against SK Gaming due to the team’s 0-2 final weekend, but the finals contenders got the job done on Saturday evening to join the top six.

Friday saw Vitality start the round off on the wrong foot, with ninth-placed Misfits – led by veteran marksman Steven “Hans Sama” Liv – score a 30-minute win over the mid-table team.

The 0-1 weekend split into 0-2 as Team Vitality failed to find their footing against FC Schalke 04 on Saturday, and two victories for SK Gaming over Excel and a flailing Origen roster leveled up both team’s records.

Then came a 33-minute battle across the Rift. Both teams clearly had a lot driving them for the result, with Summer finals the ultimate prize. In the end, Jakub “Jactroll” Skurzyński on Alistair controlled the tempo of the match, and SK couldn’t handle the heat.

The 15-10 loss is a damning indictment of SK’s overall strategies when in-game as well. With meta power picks like Aatrox, Akali, and Yuumi at their disposal, as well as engage hero Sejuani and late-game scaler Sivir, there’s no reason the German team should have lost.

Bot lane carry Amadeu “Atilla” Carvalho struggled to have a major impact on his early-lane Lucian pick, finishing 4/5/8, but the team had enough in the tank to get the job done. As the game see-sawed back and forth, a battle for cloud drake broke open the game.

That river-fight was enough to split SK’s plans wide open. Team Vitality were able to finally grab a meaningful gold advantage and cleaned up four of SK’s rosters. The 26-minute skirmish sealed SK’s empty postseason and boosted Vitality straight into the final six.

Fnatic win Battle for the Bye

With their victory over Splyce, Fnatic secured a bye and a date with G2 (Photo via Riot Games)

Splyce may have pushed the seven-time European champions to the limits, but Fnatic got the job done when it mattered in Week 9 to lock a top-two finish and the bye straight to the ‘juggernaut match’ against G2 Esports on September 1.

The deciding match on Friday evening was a high-tempo meeting, as both teams put their foot on the pedal and didn’t let us. In the end, Fnatic led the kills 27-14, and the game fell just two kills short of clocking in an elimination per minute.

While Splyce fell back to what they do best – play the map, and fight together – Fnatic looked a class above as they battled for the ticket to Athens. Gabriël “Bwipo” Rau shone early with cross-map ultimates on Gangplank as he backed up Mads “Broxah” Brock-Pedersen.

Then, once the mid-game had well and truly arrived, the game came down to individual brilliance from team carries Tim “Nemesis” Lipovšek and Martin “Rekkles” Larsson.

Nemesis demolished Splyce’s weaker carries on Cassiopeia, even teleporting into a fight near his opponent’s base to one-vs-three for two kills. Though he was deleted by Kasper “Kobbe” Kobberup, Rekkles was on hand to finish off the battle as Kai’sa.

“We were really nervous and excited coming into this game, it was a really important game for us because we wanted top two,” Broxah said in the LEC’s post-match interview.

“Last time we played Splyce had Qiyanna and Humanoid played it really well. This time we banned it out and looked to play our own game. That worked out really well, and it feels really good to get the job done.”

After a horrible 2-16 record in their debut split in the European Championship, Rogue have switched the script around their organization. A far better back half of Summer saw the young roster march into fifth, and secure a playoff position for the first time.

The team’s crucial victory came against Origen on Friday evening. The 16-5 win split Rogue from the bottom chasing pack – at least on head-to-head tiebreakers – and confirmed they would remain in the battle to play in Athens later this month.

Paweł “Woolite” Pruski was a stand-out in the clash as he piloted bot lane Corki to a 5/0/7 finish. This meta has seen Azir and Corki rise once more as safe mid lane power picks that can explode in the late game. Rogue made sure they had both.

While Woolite dominated on Corki in the southern duo lane, Emil “Larssen” Larsson held steady on Azir against Norweigan powerhouse Erlend “Nukeduck” Våtevik Holm. Then, as the game ticked towards the half-hour mark, the two mid-game carries exploded.

Together the two dealt nearly 30k damage to champions, leading the way as Rogue brushed Origen aside in the 16-5 victory. After just two wins in Spring, Rogue had completely refreshed their roster. The move had paid off big time.

Now Rogue face another interesting challenge. Their young roster hasn’t played LEC playoffs before, and they come up against the veteran-filled lineup of Splyce. If they want to prove they have what it takes to play European postseason, they have their chance right now.

Two match-ups await us next weekend in Europe’s postseason – Splyce (third) vs Rogue (fifth) and FC Schalke 04 (fourth) vs Team Vitality (sixth). Splyce elected to play the young Rogue roster in the opening week of playoffs.

Splyce and Schalke sit as heavy favorites coming into these elimination fixtures. Vitality especially barely scraped into the finals system, and have looked shaky for much of the split, while Rogue are fresh-faced when it comes to best-of-fives.

Splyce vs Rogue will be played on Saturday evening. Schalke vs Vitality will be Sunday. G2 Esports and Fnatic have earned the first-round bye, and will play their first finals games of Summer against each other on Saturday, August 31.