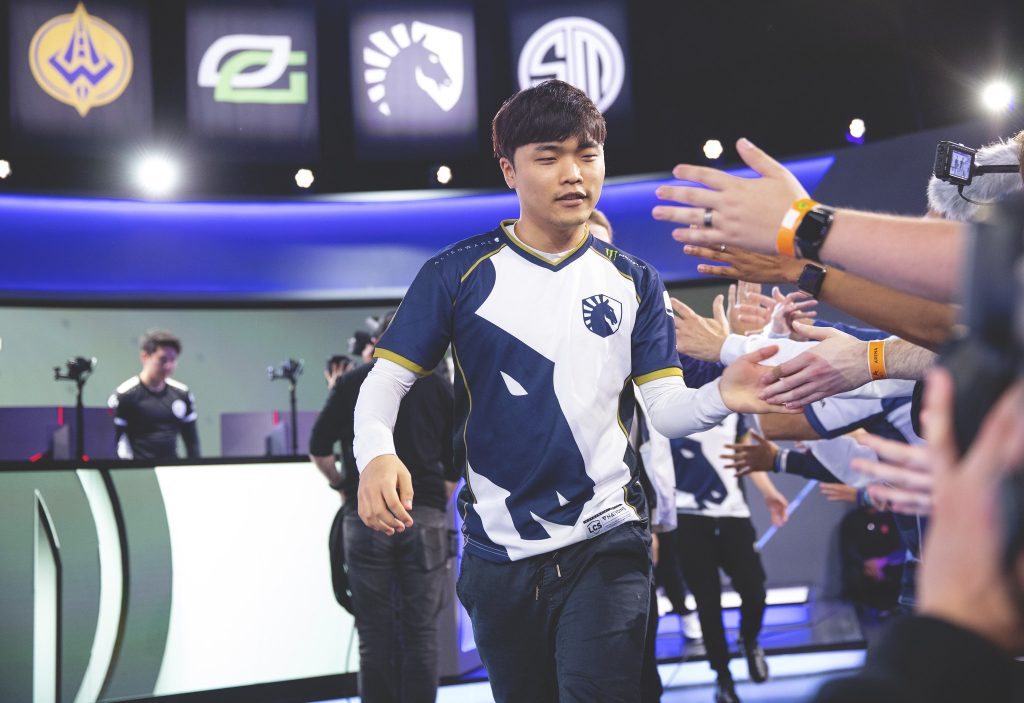 Week 1 of the League of Legends Championship Series (LCS) 2019 Summer Season is in the books. Cloud 9, Golden Guardians, and OpTic Gaming got off to quick 2-0 starts, while 100 Thieves, Clutch Gaming and FlyQuest did not pick up a win. We look at where things stand and the top storylines after week 1 in North America.

Team Liquid ran hot and cold at the 2019 Mid-Season Invitational, losing games to Flash Wolves while destroying reigning World Champions Invictus Gaming in a best-of-five series. That trend of uneven play continued into the first week of the LCS Summer Season.

Kicking off their season against the same TSM team that pushed them to the limits in the Spring Season Finals, Team Liquid looked like a team that brought home some lessons from MSI. Though they might be behind in prep on the current patch, the early game meta that was played at MSI remains effective on Patch 9.10. Team Liquid leaned into it in their draft. They picked winning lanes, a winning jungle matchup and played into that early game to dominate TSM in a way they didn’t manage to in the Finals.

On the flip side, TL followed up that win with a head-scratching loss to Echo Fox. Owner Steve Arhancet expected his team to start slowly after their long trip to MSI and lack of preparation on the current patch, but the loss to Echo Fox looked like TL were still on vacation. The same Jung “Impact” Eon-yeong who stood up to Kang “TheShy” Seung-lok just weeks ago was outplayed throughout by Colin “Solo” Earnest, leading to a comical reaction from Solo after Impact failed to use his Vladimir pool before dying.

Team Liquid will be fine going forward, and it makes sense they weren’t “up” for Echo Fox the same way they were for TSM after fighting world-class teams at MSI. But as they taught iG, consistency and respecting your opponent goes a long way toward reaching team goals.

CROWN IS AN EARLY MVP CANDIDATE

A member of the 2017 Samsung Galaxy team that won the World Championship is once again an MVP candidate in the LCS in 2019. And this time that player isn’t Jo “CoreJJ” Yong-in.

Lee “Crown” Min-ho left Korea to play in North America after 2018 for a couple of reasons. The first was that he wasn’t great in 2018. He was Gen.G’s worst performing player in the Summer Season, and that transitioned into their successful gauntlet run and Worlds performance. But the second and more important reason is that he needed a mental reset, something that moving to North America and playing in a new league has afforded him.

The results have been remarkable. No OpTic Gaming weren’t great in the Spring Season, but a 7-11 record and only one game out of playoffs are better than anyone predicted heading into the season. Add in that OpTic could not practice with their main lineup leading into the Spring Season and used substitute players early on, and you can see the potential for OpTic Gaming to be a playoff team in their second split together.

Leading that charge is the revitalized play of Crown. After becoming their best performing player in his initial season, Crown has took his game to another level in week 1 of the LCS. While his champion pool in 2018 was questioned, he showed a command of two polar-opposite play style champions this past week, going 6/3/11 on Irelia against 100 Thieves and 4/2/6 on Twisted Fate against Clutch Gaming.

While neither of those teams are the most stellar competition, Crown was the focal point for both wins on a constantly improving OpTic Gaming team. If they stay competitive throughout the season, Crown will very much remain in the MVP conversation going forward.

A week ago, we were buying into the changes 100 Thieves had made and predicted they could sneak their way into the playoffs in the LCS Summer Season. Whoops. 100 Thieves looked like anything but a playoff contender in their losses to Counter Logic Gaming and OpTic Gaming. New jungle addition Maurice “Amazing” Stückenschneider looked lost throughout the weekend, finishing 1/4/0 and 0/3/6 against teams projected to be in the bottom half of the league.

100 Thieves clearly intend to compete this year, given the presumed salaries of their roster and the addition of Amazing over a rookie jungler for the Summer. It’s also just week 1 and the team can be expected to take more time to come together given their roster changes. But they earned 0 Worlds qualification points in the Spring Season, so it will be paramount for them to turn things around quickly if they want any hope of returning to the world stage in 2019.

Two of the final four playoff teams from the Spring Split square off to try to shake off losses in week 1.

Both Spring Split playoff teams started week 1 2-0 and look like early contenders in the Summer Season.