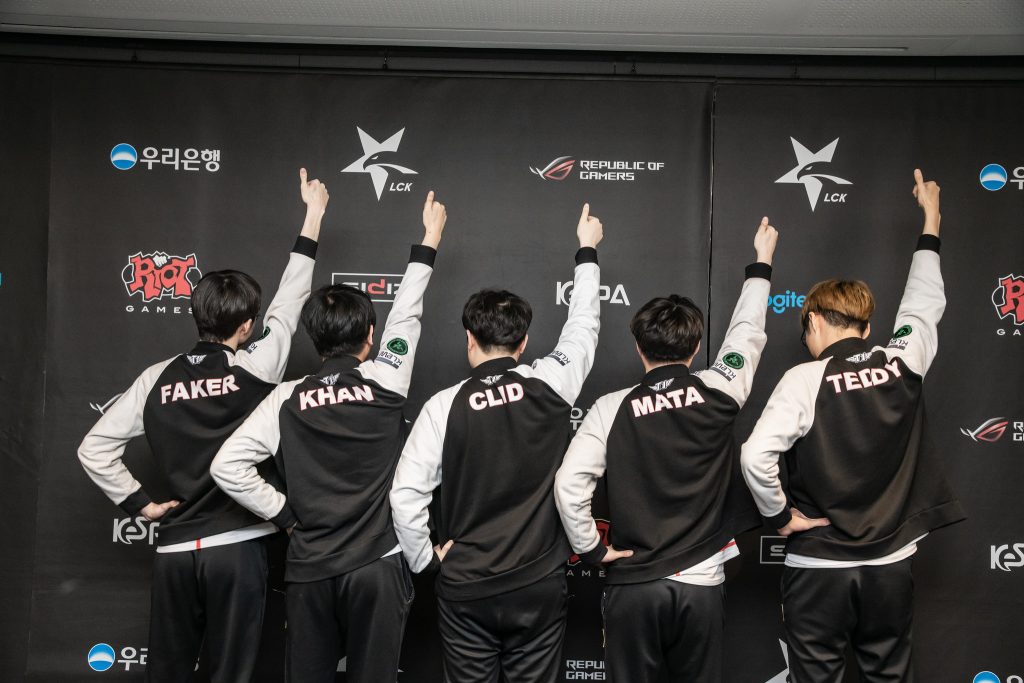 SK Telecom T1 are in fine form in the LCK Summer 2019 playoffs. (Image via Riot Korea)

Little separated the top teams in the League Champions Korea (LCK) 2019 Summer Season, as there was only a two-game gap between the first-seed Griffin and fifth-seed Afreeca Freecs. Still, it was surprising to see Spring champions SK Telecom T1 have to play in the first round of the LCK Summer playoffs. That didn’t stop them from making their second consecutive finals appearance after ripping off three consecutive series wins against Afreeca Freecs, SANDBOX Gaming and DAMWON Gaming.

A shaky start to the Summer Season gave way to a strong winning streak coming out of the Mid-Season Invitational, but there were still some red flags as SK Telecom T1 approached the playoffs. SKT dropped two of their final three matches to end the season, losing 1-2 to Hanwha Life and 0-2 to future playoff opponent DAMWON Gaming.

A 2-1 victory over Afreeca Freecs didn’t initially inspire confidence, as SKT were expected to roll over the underdogs in their opener. But those fears evaporated after their 3-0 sweeps over both SANDBOX and DAMWON Gaming. SKT look to be growing stronger as they go, a terrifying proposition for a Griffin squad that has fallen off, if ever so slightly, from their dominant regular-season run in the Spring.

Most importantly, SKT answered concerns about their mid and jungle synergy. Lee “Faker” Sang-hyeok and Kim “Clid” Tae-min are each outstanding individual players and playmakers, but they had seemed disconnected. They didn’t seem to be on the same page toward the end of the regular season and even early on against Afreeca Freecs. However, they showed just how frightening it is when they are in sync in game three against AF. Clid’s Sylas pressure unlocked Faker’s Qiyana to get ahead in lane and gank with him to create a roaming death squad. The duo were constantly securing mid control and threatening dives in either side lane.

We already know they have the carries in every role to match up with any team in the world. Kim “Khan” Dong-ha has regained some of his lost mojo to once again come out on the winning side of carry top lane matchups. Park “Teddy” Jin-seong has paired wonderfully with Lee “Effort” Sang-ho to give some of the best late-game insurance an ADC has to offer. Playoff Faker needs no introduction.

Given their dominance in the Spring Finals over Griffin and SKT’s 2-1 win in their final regular-season matchup, it stands to reason that SKT are the favorite heading into the Summer Finals. Griffin may be the regular season kings of the LCK, but SKT are the real final boss when playoff time comes around.

With SK Telecom T1 and Griffin in the finals and assured of their World Championship spots, the field is set for the LCK’s 2019 Regional Finals. Four teams will compete in best-of-five matches in hopes of securing the third and final Korean spot: Afreeca Freecs, Kingzone DragonX, SANDBOX Gaming, and DAMWON Gaming.

Judging from results against SKT in the playoffs, you might consider Afreeca Freecs to be one of the more dangerous teams in the Regional Finals, despite having the lowest Championship Points of qualified teams. While they have had a resurgent season, they seem like a longshot to pull off three consecutive match wins against quality opponents. AF did have three different three-game win streaks during the regular season, but they also lost three of their last four matches before being bounced in the first round.

Kingzone DragonX are the only non-playoff team to reach the Regional Finals, advancing here based on their third-place finish in the Spring Playoffs. Kingzone looked like the team to beat in Korea during the first part of the Summer Season before falling off a cliff in the second half. KZ lost six of their final seven matches of the season, including matches to non-contenders KT Rolster and Gen.G. The only match they managed to win during that stretch was against Jin Air Greenwings, the first team to go winless in LCK history. They, like the LCS’ TSM, need to hope they’ve found something special during their prolonged playoff break. 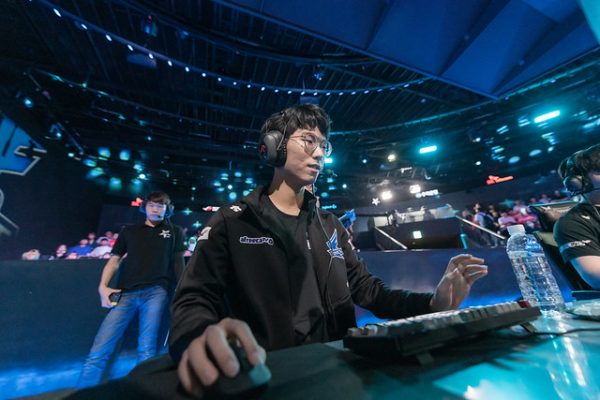 The winner of Afreeca Freecs versus Kingzone DragonX in round 1 will face SANDBOX Gaming in round two. SANDBOX seems firmly planted in the good but not great category of the LCK, as they’ve beat up on the non-playoff teams but struggled against the higher caliber opponents. They were victorious over both AF and KZ in their final regular-season matchups but dropped series to SKT, DAMWON Gaming and Griffin. SANDBOX have some of the best team coordination, but they’ll have to prove they can match up individually with a team like DAMWON — if they can make it there.

DAMWON Gaming should still be the odds-on favorites to advance, even after getting smoked by SKT. They have the LCK Summer MVP in Kim “Canyon” Geon-bu and absolute monsters in the solo lanes in Jang “Nuguri” Ha-gwon and Heo “ShowMaker” Su. While the team may be more volatile given their tendency to go for flashy plays, no team in the gauntlet can match their firepower.

The kings of the regular season versus the kings of the playoffs. Both teams are full of star power but are at their most comfortable when they can set up plays, as opposed to fighting first and thinking later. If Faker and Clid continue to be on the same page, it will be tough for Griffin to take advantage of their greatest strength in the middle of the map.

It will also be interesting to see if SKT have gotten an advantage from playing three consecutive playoff matches or if Griffin have used that time to scout SKT and come up with a game plan to counter SKT. Can Griffin breakthrough for their first title? Or will SKT sweep the LCK titles in 2019?