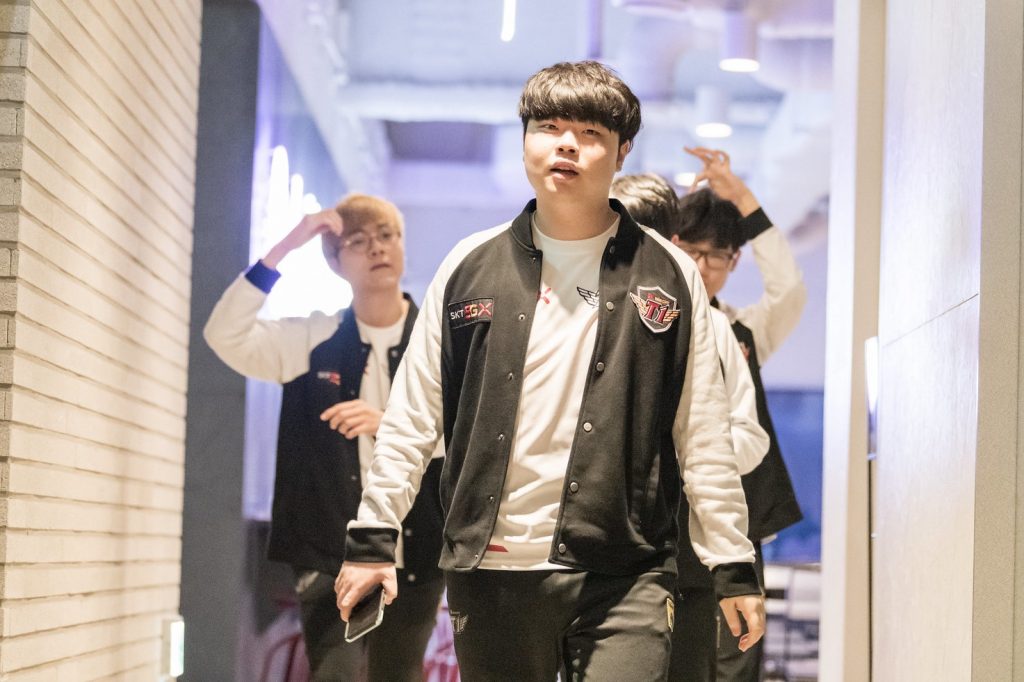 SK Telecom T1 made it to the LCK Summer playoffs. (Image via Riot Korea)

The LCK Summer Season has been high-octane League of Legends play from start to finish, and after ten weeks of a momentous battle for playoff spots, and two teams slugging it out to avoid the promotion tournament, Summer is finally over. We break down how Korea’s premier league finished in the final round.

SKT, Afreeca last in the door

After a rollercoaster of a split for SK Telecom T1, they’re finally in playoffs. Alongside them are fellow legacy organization Afreeca Freecs, who also qualified with an 11-7 record.

SKT lost their first series of the final week 0-2 to Damwon Gaming, recording their first back-to-back defeats since June. The defending champions were able to bounce back on Saturday, however, as they ousted Sandbox Gaming 2-1.

For Afreeca, their final round was easier. They had just one fixture left to play, up against relegation-threatened Hanwha Life Esports. HLE made life difficult for Afreeca though, pushing them to three games on Friday evening.

Kim “Kiin” Gi-in took matters into his own hands in the second and third outings, collecting an MVP for his 5/2/4 performance on Aa’trox in game two. Combine with Lee “Dread” Jin-hyeok and hyper-carry Kim “Aiming” Ha-ram, Afreeca were able to reverse the script.

Now the two storied teams are set to meet in the wildcard match later this week, with a short-format finals series to determine who runs the rest of the gauntlet.

While neither team have been particularly impressive so far in Summer, each boast phenomenal talent like Kiin and Dread for Afreeca, or mid laner Lee “Faker” Sang-hyeok and bot laner Park “Teddy” Jin-seong on SKT’s side of the Rift.

The young LCK darlings Griffin have locked their place in the final after a 2-0 final round helped them leapfrog Damwon, Sandbox, SKT, and Gen.G from fifth to first in just four days.

For the team that has finished runners-up in their two LCK splits in playoffs, a third chance at the final is a major boost. Not only that, but Griffin are now set to represent Korea internationally at Worlds for the first time. It’s a historic moment for the rising club.

None of the team’s stars may have hit the same heights they did in their first two seasons in the LCK, but Griffin’s star is shining bright nonetheless.

Choi “Doran” Hyeon-joon may be the find of the season for the squad as well. The 19-year-old top laner has replaced Choi “Sword” Sung-won in recent weeks to great success, even collecting two MVP awards in the final two 2-0 wins for the table-topping squad.

Now, Griffin will have one thing in their eyes: finish the job.

In their debut season, they were defeated 3-2 by KT Rolster as the stalwart team scored their first LCK title. In Spring, SKT’s gauntlet sweep was crowned with a 3-0 stomp against Griffin in the Korean decider. Now Griffin will want to make it third time’s the charm.

A fortnight ago KT Rolster seemed to have earned the edge against Hanwha Life Esports. A 2-0 victory over their relegation rivals seemed to have fired the veteran organization back into the mid-table, and secured their place in LCK 2020 Spring.

Then, HLE started earning upsets. KT had to up their game, or risk a second repeat showing in the promotion tournament. For a team that had so recently won the LCK’s top gong, battling to stay in the league again could only hold disappointment.

Luckily for KT fans, the roster had a few surprises up their sleeves too. A three-game loss to third-placed Sandbox Gaming was as close to a saving grace as KT could have gotten without actually earning the win. Then, then 2-1 victory over Kingzone on Saturday was key.

Gwak “BDD” Bo-seong stamped his influence on the series early on Azir, slicing through Kingzone’s lineup to finish 8/3/6 after the 48-minute marathon battle. With the duel on the Rift well and truly reaching the late game, the Emperor of the Sands was a handy pick.

For Score, an LCK champion and seven-year stalwart of the Korean organization, it was a somber ending to his career. Locked out of playoffs, KT’s “Old Man” now calls time on his playing career that began back in 2012. He played 498 LCK games.

“In my mind … I have decided that I will be retiring. This will be my final split,” Score said in his final LCK post-match conference after the 2-1 victory.

“I wasn’t too mindful of that fact throughout the match. It wasn’t on my mind until the end of the match, but when the match was over … Yes, the emotions did rush over me.

“I may still play more matches. So I won’t be thinking about anything else until the final decision is made, I’ll wait. Then, I’ll slowly start to think.”

Now the Korean finals gauntlet begins. SKT and Afreeca will contest the wildcard match on Wednesday evening, with Sandbox Gaming and Damwon Gaming waiting in rounds two and three respectively. Griffin has earned a bye straight to the LCK 2019 Summer grand final.