100T Kenny at CWL London: “Our weakness is our lack of confidence” 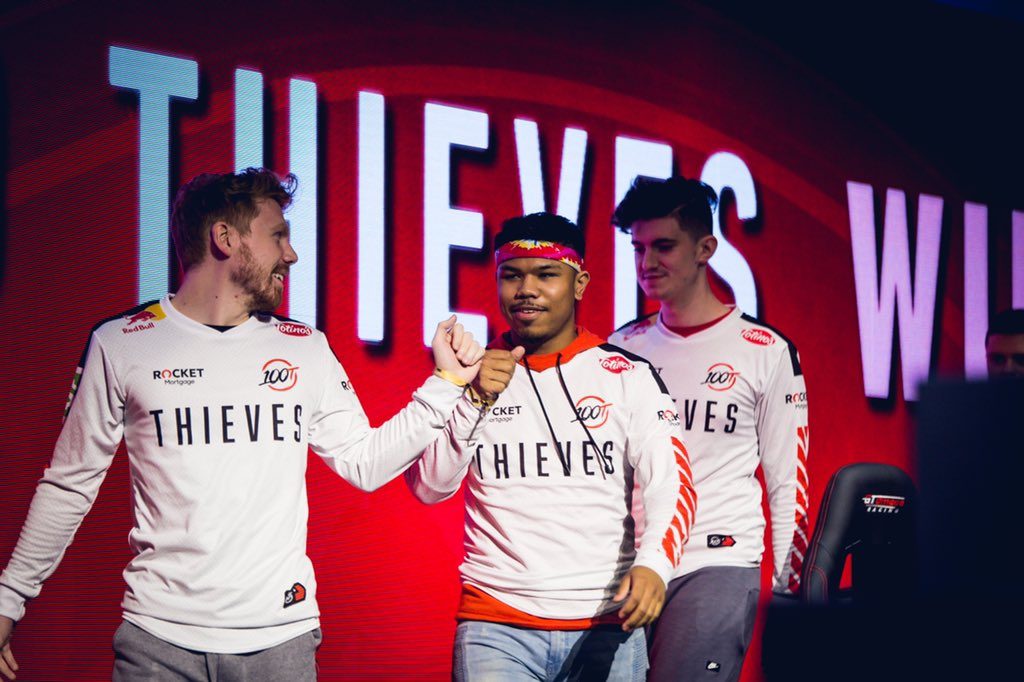 100 Thieves have been touted as one of the best Call of Duty teams in the world for months now, but they’re yet to prove that by going all the way in an event. CWL Fort Worth was looking for great for Matthew “Nadeshot” Haag’s squad until an unfortunate circumstance got in the way, but CWL London has really been the proving grounds for them. Despite their loss to OpTic Gaming in the group stage, they’re currently in the winners’ bracket finals with a Top 3 placement.

After their impressive comeback against Gen.G on Saturday, we spoke to Kenny “Kenny” Williams about his team’s weakness and which team would be the most satisfying to beat in the grand finals.

When it comes to players and teams not respecting practice times, do you think it’s because they see Call of Duty more of a hobby than as a job?

I don’t think it’s treating it as a hobby as much as it’s players simply not respecting other people’s time. It’s not the biggest deal but obviously it’s not great.

How do you feel about your team’s performance throughout the group stage?

I think we did great up until the OpTic Gaming series, we took our foot off the gas because we knew we already made it into winner’s bracket. Our mentality was that it didn’t matter as much as the other games since we’d already made it through, but I wish that was different as we could’ve used it as a confidence booster moving forward.

You’ve got a great winning record in respawn game modes and we just saw you take down Gen.G in Search & Destroy, what do you consider to be your weaknesses?

Our weakness is our lack of confidence. When we’re all confident, challenging everyone, and communicating properly then we’re literally unstoppable. During the first two maps against Gen.G, you could see that we weren’t in our groove and we just couldn’t make things happen. After that, we found our confidence and it showed.

You’re now closer than you’ve ever been to claiming a championship for 100 Thieves, will that pressure stop you from being confident going forward at the event?

After that reverse-sweep against Gen.G, we’re on one. That match was a huge confidence boost because they played perfectly almost all weekend but we still beat them. I think we can take that confidence and keep it moving through the bracket.

Which team would be the most satisfying for you to beat in the grand finals, should you make it there?

I think 100 Thieves versus OpTic Gaming would bring in a lot of viewers and would be super fun. When we played them – even though we lost – we had a lot of fun and I can only imagine how much better it’d be in the grand finals.

How’s your experience been in London and at the event so far?

It’s been fun even when the crowd is against us and booing us – it’s not a bad thing, it just shows how interactive the audience is with the game. I genuinely don’t have anything bad to say about CWL London.