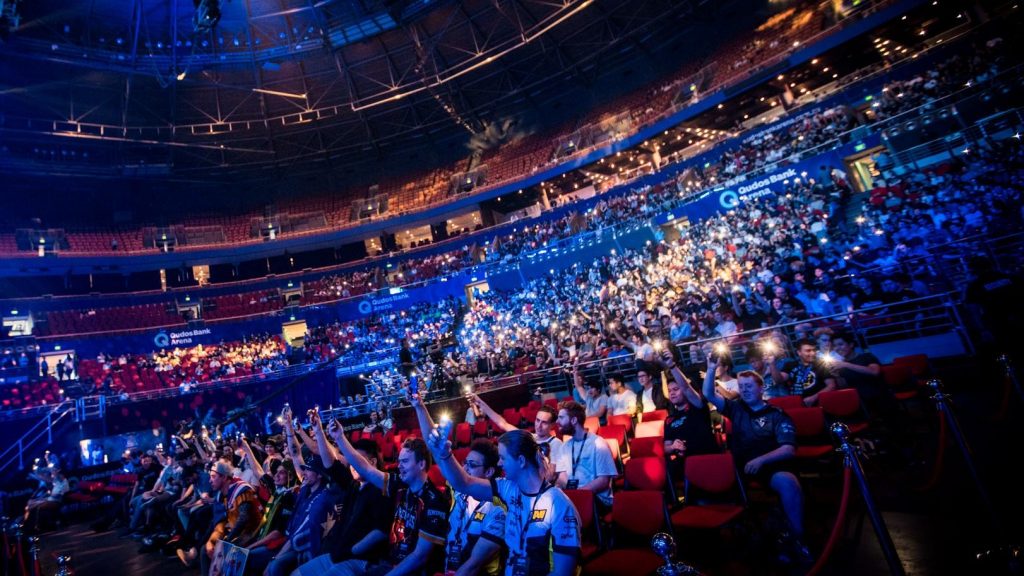 IEM Sydney will see teams compete in the Qudos Bank Arena for playoffs, May 3-5. (Photo courtesy of ESL)

Intel Extreme Masters Season XIV: Sydney is upon us and pressure is quickly mounting ahead of the week-long tournament. Looking past the absence of Danish juggernauts, Astralis, the tournament features a high-octane cast of 16 teams. The tournament runs from April 30-May 5, with a $250,000 USD prize pool. Without further ado, let’s jump into who’s likely to shake things up in the tournament and what precursors you’ll want to make note of prior to the event’s kickoff.

Solidifying themselves as the “second best team in the world” after playing bridesmaid to Astralis for almost all of 2018, the Danes’ tournament non-attendance passes the torch onto Team Liquid for first place—at least, that’s what we tend to believe. The North American superteam has arguably been the closest we’ve seen in terms of getting anywhere near the level of Astralis. Even then, the distance between Liquid and the global leaders is still quite far; in the same breath, there’s no denying Liquid has struggled significantly in the last year and even just this season alone. Although Liquid’s outlook really depends on how you want to perceive it, the primary notion seems to be that the team has all of the tools necessary to contest the number one world ranking, and that’s an impression we’re not willing to disagree with. Even without Astralis in attendance, Liquid have a fair shot in Sydney all things considered—a win here would surely mean a lot for the squad pushing so vigorously to break out of that number two spot.

FaZe Clan joins IEM Sydney as the defending champion, taking down Astralis in the Grand Finals of last year, and at 2019’s edition, they appear to be in the running for back-to-back championships.

After the team’s recent title finish at BLAST Pro Series Miami, they’ll come in as a favorite in Sydney; beyond a roughly six month period where the team floundered amidst their international competition, they showed us what this unit is truly capable of in South Florida when at peak performance. With that, the team also tore through the ESL Pro League Season 9 European qualifiers with relative ease, greasing the wheels of the FaZe train for those hoping to see the band do it again in Sydney. In short, we could easily see FaZe Clan on the winner’s podium at the conclusion of the event – it’ll just come down to how badly they want it.

There’s no shortage of reasons to get enticed about Renegade’s presence at IEM Sydney.

Only a few months into the current competitive season and it has already been the best in the organization’s history; appearing in their first Major playoffs at IEM Katowice and placing Top 4 among a star-studded StarSeries & i-League CS:GO Season 7 cast – and still, there’s this feeling that there is so much more to come.

At this point, the idea that Renegades is a “flash in the pan” has been thrown out the window—this team is here and they’re ready to compete. The Australian band has this air about them that leads to a very loose style of Counter-Strike—this element serves as a major hitch to the titans of the game. Reminiscing on Katowice, Renegades showed a lack of respect in the server that lead to the dismantling of FaZe Clan, Vitality, ENCE and even Astralis on a map by making opponents play their game.

We’ll always cite the hometown advantage in a tournament preview and when it comes to the Australian Counter-Strike audience, we’re expecting them to show up in full force. If Renegades can make it into the playoffs at Sydney, we’re expecting the crowd’s energy to give them a heavy edge against their opposition at the tournament.

A dark horse always makes for an exciting narrative at an event, and if they manage to win, it’s even sweeter; luckily, there are a number of teams that have the potential for some shock value in Sydney.

Fnatic has fallen a bit off the radar since their dignified performance at IEM Chicago and PLG Grand Slam title finish—but the truth is, this team is still gushing with potential. Short of their latest lackluster results, you just never know when this team is going to pop off, and that’s precisely why they’ve made our list here at IEM Sydney. We’ll have to see what Fnatic has in their playbook for this tournament. If they can mirror the energy they had following onboarding of Ludvig “Brollan” Brolin and Simon “twist” Eliasson, they should be able to deal some damage.

The mousesports we’ll witness in Sydney is far different than the mouz of 2018 in just about every way; after failing to qualify for IEM Sydney, the roster has undergone extensive surgery which included the appending of Finn “karrigan” Andersen, Özgür “woxic” Eker and David “frozen” Čerňanský. The team features a tasteful amount of experience, leadership and young blood that, from the outside, would seem some sort of recipe for success. we’ve only seen the newest variation of Mouz at the ESL Pro League S9 qualifiers and they’ve gone 3-0 to advance themselves into the Finals. A first-place finish at Sydney would mean massive things to come this season from the European team.

BIG has remained that middle-of-the-pack team for quite a while now, capable of upsetting even the best of squads as we saw them do to Astralis most recently, ending the Danes’ 19 LAN win streak on Inferno. Although the German organization has failed to do anything big (pun intended) since making it to the Grand Finals of ESL One Cologne against Natus Vincere. Regardless, the team definitely has some shock value at Sydney. Unfortunately, they’ll have to field Nikola ‘LEGIJA’ Ninić in place of star fragger, Can ‘XANTARES’ Dörtkardeş due to late visa issues.

The action in Sydney is set to kick off Tuesday with the group stage where competitors will skirmish through a double-elimination GSL format leading up to the playoffs on May 3. One thing’s for certain, this won’t be a tournament you’ll want to miss.